When Labour was first elected in 2017 it promised to introduce civics education into high schools. The promise was kept, but civics education experts are dissatisfied about the way it’s been rolled out.

A government-funded organisation already delivering classes in high school on civics and citizenship says it’s disappointed about the lack of communication from the education ministry regarding the development of resources and curriculum focused on these subjects.

Youth Law, which is part of a government-funded network of community law centres, has a particular focus on under 25s, and its work includes running legal education in schools on topics including the way New Zealand’s democracy works, our founding documents and young people’s legal rights.

In 2019, the Ministry of Education launched the School Leavers’ Toolkit, which aims to provide practical skills for students navigating life after finishing school. The following year, a section on civics and citizenship was added, on which the ministry said it “engaged” with Youth Law.

As part of a curriculum refresh for social sciences currently under way, the ministry has also said it will look at whether to increase the prominence of civics and citizenship education.

Youth Law manager Neil Shaw said the organisation was aware a civics education revamp was being considered, but it’s been kept in the dark about how and when that would happen.

“I’m a little bit dumbstruck that there hasn’t been more of a conversation going on,” he said. “There was some knowledge of it, but we feel a bit let down here, as it’s something we’re passionate about and that we do every day.

“We are a law firm, but education is a core part of our work, working with young people in schools and youth justice institutions.”

Youth Law legal educator Sarah Guy said the need for greater civic engagement was undeniable. “These discussions need to be happening at year 9 or earlier,” she said. “As evidenced by our advice line, young people are in adult situations and need to know these things much earlier than we might realise.

“We need to get away from the perception that the law is just to limit us, then [our young people] will be much more equipped to see things from both sides.”

Guy is also concerned that civics might be targeted only at school leavers in year 13.

“I suspect that marginalised youth are more likely to exit education before civics as a subject will be available to them … and in communities like South Auckland it might be statistically significant.” 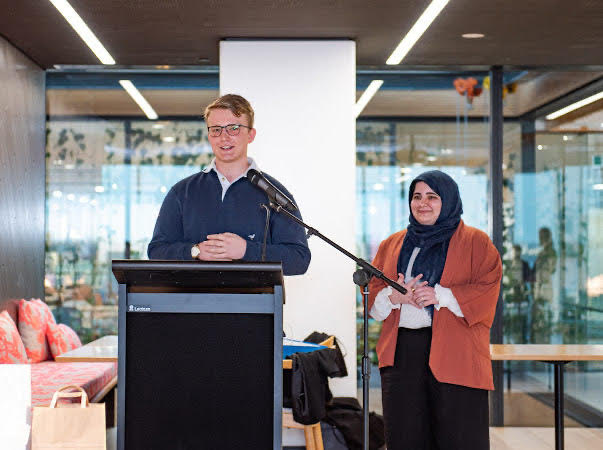 Jackie Talbot, group manager for secondary and tertiary at for the Ministry of Education, said in a written statement that Youth Law had been involved in the “development of content for the School Leavers’ Toolkit”.

She added that the toolkit is an “optional resource for schools to use” and that the ministry is supportive of schools offering alternative learning around these subjects.

“In addition to teaching through subjects like social studies, we have heard that secondary schools are starting to create life skills programmes for their senior secondary ākonga [students] to get them ready to transition out of compulsory schooling, and we are looking at resources we can create to support this initiative.”

Another group delivering civics presentations in schools is the Equal Justice Project, a large volunteer organisation made up of around 100 University of Auckland law students. Hurya Ahmad and Jonathan de Jongh, who manage the students who go into schools, believe any extra input in these areas will make a difference.

“I do think there’s a gap there,” de Jongh said.

“We had zero civics education where I grew up in Whanganui. And what I’ve noticed is that there is a big polarisation between the students who are extremely well-informed about politics and the law and those who have never been told.”


Ahmad said social media plays a part in informing young people, but they need to be given the skills to know what they can trust.

“I grew up in Auckland but not everybody gets the privilege of being taught about civics, so to have a baseline curriculum would be really important for anyone, whether they are from rural communities or migrant communities.”

Michael Cabral-Tarry, the national convenor of the Aotearoa Social Studies Educators’ Network and a secondary school history teacher in Auckland, said the recent focus on civics has created a misconception it wasn’t being taught before.

“We’ve always had a focus on citizenship and civics in social sciences education. [But] the current curriculum refresh does provide a chance to make civics and citizenship education more explicit.

“Exactly what the curriculum refresh is going to deliver is still some months away, but values-based teaching about things like diversity, inclusion, participation, social action, justice, and responsibilities, all should be front and centre – because it’s those things that make good citizens.”