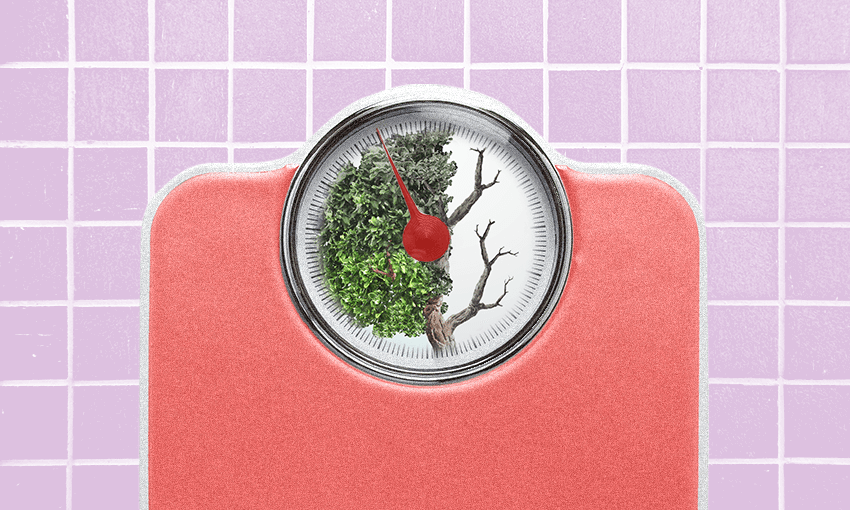 Emissions trading schemes rely on our collective belief that addressing the climate crisis is just a matter of calculation and metrics. As we’ve seen before, it’s rarely that simple.

It was in the early 1980s that calorie-conscious consumers were first tempted with I Can’t Believe it’s Not Butter, a margarine spread that offered the taste of butter without the guilt. Like its many competitors, I Can’t Believe It’s Not Butter was premised on a methodology devised by 19th century chemist and nutritionist Wilbur Atwater determining that fat carries nine calories per gram, while protein and carbohydrates carry four calories per gram. Atwater discovered this by subtracting the calories in faeces from the calories in food, in order to come up with a total number of calories absorbed by the body. These numbers, these Atwater factors, are the basis of all the calorie counts on every single food packet across the globe today, some 120 years on.

Our tiny human minds love to latch onto things that are linear, simplified and quantifiable because if we can count it we can control it, or so we think. The metrics we use often oversimplify complex and interwoven relationships into a tidy deducible construct that we can get our heads around, because it is easy to comprehend and communicate (and therefore to sell).

Take calorie (or kilojoule) counts. They tell us something about the effects of a food on our bodies, but not that much. They fail to take into account how the human body processes different foods, particularly ultra-processed foods, and the impacts of those foods on overall health, nutrition and bodily function. They say nothing about the importance of the human microbiome and the diversity it needs to maintain its health. Mere calculations of input and output of energy units is nowhere near enough. We also now know that there are flaws in the actual maths and methodology of calorie identification.

Now let’s turn to carbon in our atmosphere, which is now in excess of 420 parts per million. (That’s bad!) We need to reduce it in order to retain a habitable planet, but it’s hard to reduce carbon dioxide emissions when most of our choices around land use, deforestation, agricultural monocultures, industry and global transportation networks are based on an economic system with carbon emissions at their heart. That’s where carbon credits and offset comes in. If net carbon dioxide emissions are gross emissions – from activities such as transport, manufacturing and electricity generation from gas and coal – minus carbon dioxide removals from activities such as forestry, then all we have to do is increase our removals and we’ll be laughing.

The Emissions Trading Scheme (ETS) is fundamentally based on input vs output, on supply and demand. It’s a market-driven solution. If one burns fossil fuels in the manufacture of one’s product or service, one can simply buy credits to help fund forestation or the sequestration of carbon in another place.

Here’s the problem: just as the margarine marketers claim that losing weight is a case of inputs and outputs was a gross oversimplification of the issue, so too is reducing carbon in the atmosphere via trading schemes.

What we have learned in the past few decades is that eating fat doesn’t necessarily make you fat. Calories aren’t created equal, and eating less fat to lose weight is an extremely flawed approach – in fact it’s now clear that sugar has a far larger role in obesity than fat. The idea that a person’s weight is a result simply of calories in, calories out is nonsense.

Might the premise of carbon in, carbon out be the same?

Here’s some of what’s missing from the calorie metric scorecard:

Here’s some of what’s missing from the carbon metric scorecard:

One glass of milk

New Zealand is reportedly the world’s biggest importer of palm kernel expeller (PKE), a product of the palm industry used as supplementary feed for New Zealand’s 6.5 million dairy cows. In 2018, a Greenpeace investigation found that Fonterra’s key supplier of PKE, Wilmar International, has been linked with the mass destruction of rainforest in Papua, Indonesia. The true ecological footprint of that glass of milk is far more than has been accounted for on any NZ carbon emissions scorecard.

That glass of milk illustrates some of the unintended consequences of narrowing and limiting carbon metrics. It can lead to erroneous judgements. When we narrow the complexities of anthropogenic climate change to a number, we miss the vital interdependent elements within all ecosystems.

To solve complex world problems, our view of the world needs to become more holistic, and this holistic approach must be integral to our carbon metrics. Māori have always considered themselves an integral part within all ecosystems, but are understandably averse to having their values misinterpreted and diluted simply to a matter of metrics. There is an emerging convergence between the Māori worldview and ecological-economic epistemologies as regards the frameworks needed to address the climate crisis and improve ecosystem management. In many areas, we are seeing a realignment of indigenous and non-indigenous thinking. This is imperative in building climate adaptation strategies in Aotearoa.

Critics may say it’s unhelpful to highlight the shortcomings of our current approach to carbon reduction because of the urgency we face. But I can’t help thinking we are barking up the wrong tree for our planet’s wellbeing, and therefore our own wellbeing. By using narrow thinking to solve complex problems, we’re perpetuating confusion and making misguided decisions.

Follow When the Facts Change with Bernard Hickey on Apple Podcasts, Spotify or your favourite podcast provider.