Renting in Wellington can seem like a nightmare, but you just need to look a little harder. We’ve found some of the best-value flats in town.

It’s been a long week for Wellingtonians, who’ve had their city shat on multiple times, a burden they didn’t need on top of the literal shit flowing through the harbour. One Marion St flat is a manifestation of the capital’s shocking housing situation. The four-bedroom flat was described as a “close enough” home away from home, which is true if you like to make your homes out of candle factories. It’s “pre-furnished” with a stove and “a actual working oven”, both of which are more fixtures than furnishings. Also, it would seem the oven does not actually work all of the time.

But one man’s trash is another man’s treasure, and one landlord’s yellow-stickered party hive is a property manager’s goldmine. For just over $200 a week you can sleep in this doorless wonder: 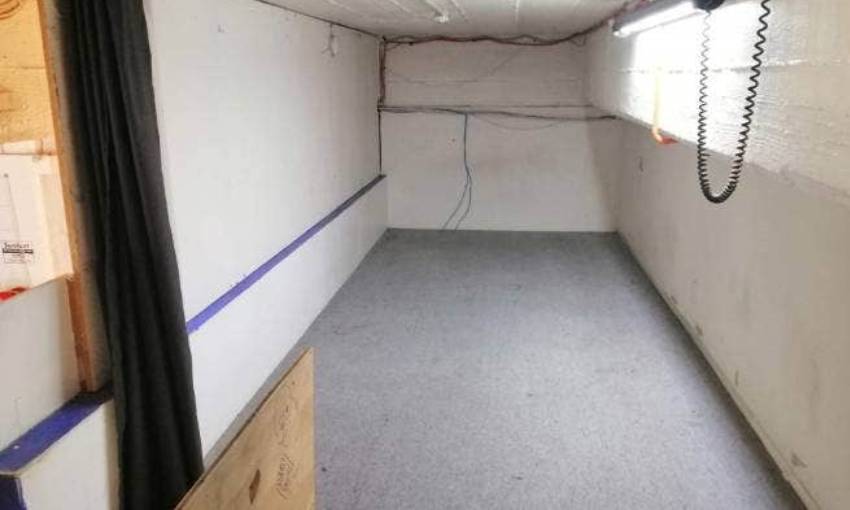 It may not have a door, but it has fun ceiling wires! (Photo: Vic Deals)

Not everyone wants to live in a flat that breaches the healthy homes regulations, so to help Wellington’s renters, we’ve had a look around. You’re welcome.

Say what you want about this room that’s obviously a porch, but you can’t say it’s not reasonably priced. At only $130, it’s got room for a double bed and all the sunlight you could want. The ad doesn’t say whether you’ll be allowed in the real house with the fancy folk, or if you will need to store your gruel in the springs of your mattress, but it sure is cosy – and only a five-minute walk to the Newtown shops.

For only $320 per room, this “New York style” apartment on Taranaki St offers large internal windows so you can see into the next room. You could sublet this room, which is clearly an office, as an office. 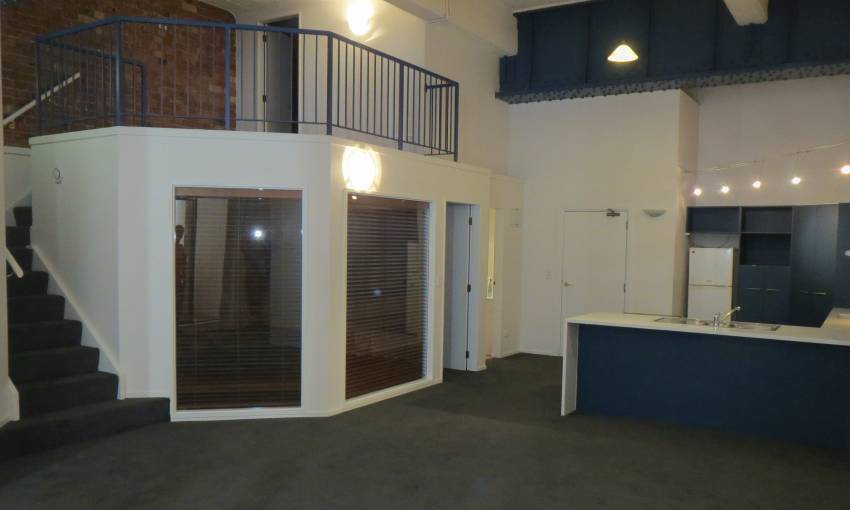 It’s got an “entertainer’s kitchen”, which is a phrase that comes up frequently on Wellington flat listings. Sometimes it means the house and kitchen were built to entertain dinner guests, but in central Wellington it seems to imply the building was not meant to be residential and has been converted from a factory, brothel, or office. Work from home or home from work? Here you get the best of both worlds, and a sample of every kind of building material.

Hostels and boarding houses are often a bit weird. They’re meant for shorter-term stays, and the strangeness is offset by a relatively low price. This single bed with a sink at its foot is going for just $200 per week. Yes, there are 18 bedrooms in this house, but don’t worry about crowding – there are four showers, two stoves, and two fridges. What makes this Mt Cook boarding house worth the money is its connection to the cybersphere. “200kb/s fibre,” says the ad. “This is the fastest possible internet.” 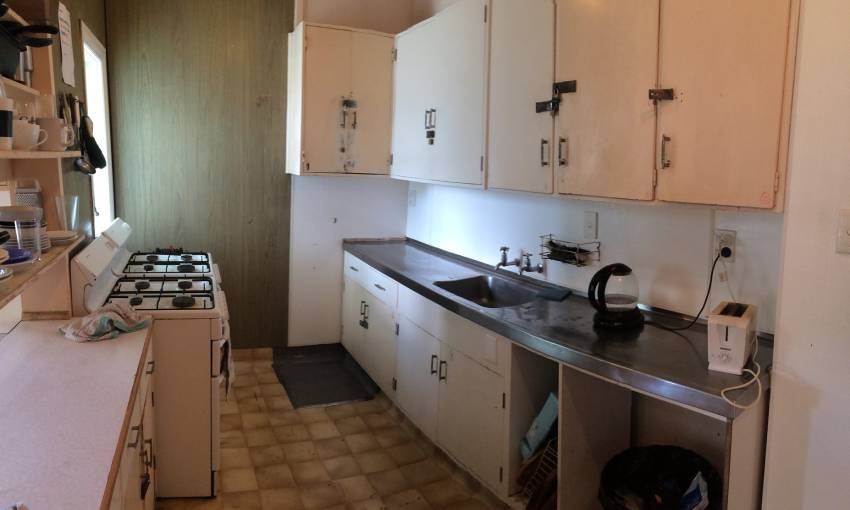 Efficiency is the name of the game here. “You don’t need to tell me you are coming to a open home. Just go. Save the advert to your watch list and just before visiting check the trademe advert is there. If the advert is gone then so is the room.”

If you’re finding life a little too straightforward and predictable, why not go for a rental lucky dip? You could move into this mysterious Vivian St apartment that may or may not come with a floor book. Floor book – its contents as mysterious as the rest of the flat.

It’s impossible to tell what this flat looks like, but we know it costs the weirdly specific amount of $1,050 per week. The kitchen is red and one room has a bleached wood desk in it.

There are allegedly four bedrooms and two bathrooms but no evidence of this has been provided. Comes with whiteware.

It’s listed for $150 per week and absolutely costs more than that. And it should – this Manners St flat is in a prime location above a cake shop! Prices actually range between $180 and $280 depending on whether or not you want a shared room. All rooms come with tiny plastic furniture. A room with a view.

A glazed internal window lets you see into the hallways at night, and during the day you can make use of the external window, which is slightly off-centre but still in normal window shape. Word on the street is no window in this flat – either internal or external – actually opens. The kitchen is very spacious to accommodate the eight-tenant maximum, and the building itself meets “approximately 70%” of the current earthquake code, which is actually a huge get in the dense Wellington housing scene.

Traditional wisdom tells us rent should cost roughly 30% of your weekly income. Putting ourselves into the shoes of a full-time student, that gives us about $417 per week: student loan living costs are currently $228, and part time-time work at minimum wage for 10 hours is $189 (before tax). We went with 10 hours’ work because full-time students will likely have 10 hours’ work per paper per week (this is below university recommendations), are doing at least three papers, and need to sleep at some point.

Affordable rent for someone on this income is $125 per week. There are exactly two places in the city of Wellington that cost this much. One is this single bedroom in a four-person flat in Johnsonville, which actually looks pretty good, and the other is a bunk bed in an Aro Valley dormitory. Bonus: the dormitory comes with an aquarium.