A tiny minority of local residents – led by a former PM – are holding back the joy of hundreds of thousands, and millions in economic benefits.

On Friday night Eden Park hosted a thrilling seesaw of a T20 between New Zealand and the West Indies. On Saturday the Tasman Mako secured back-to-back Mitre 10 Cup titles with a one-point victory over Auckland. The stadium is in action again on December 18, when the Black Caps take on Pakistan. Then, for almost three months, there’s nothing. Until March 5, when the same team faces Australia, there are no major events scheduled for New Zealand’s largest stadium.

This is only in part due to our closed borders and the associated scrambling of schedules. It’s also because summer is largely outdoor concert season, and that remains something which Eden Park is essentially unable to host. This is not because it would not like to host them – the park’s board is in the middle of a battle to find an economically viable way to get resource consent to host the six concerts it’s annually allowed under the Unitary Plan. It’s not because of a lack of demand – just this week Six60, the biggest band in New Zealand by several miles, began outwardly lobbying for the opportunity.

In fact, it’s because a tiny group of local residents, all of whom very deliberately moved into the streets surrounding New Zealand’s biggest and best stadium, remain steadfastly opposed. As a result, one of this country’s most valuable pieces of infrastructure, which has had hundreds of millions spent on it by central and local government, is operating at half speed. Eden Park is stuck in limbo by the ultimate nimbys, and is thus a microcosm of the dilemma facing New Zealand: the entrenched power of a tiny but well-positioned minority to prevent change that benefits the huge majority. What’s the point of living in the inner suburbs?

This issue is one that vexes me in part because I’ve lived in the streets surrounding Eden Park for more than 20 years. The Spinoff’s offices are a few hundred metres away from the south stand. I know very well the disruption live events cause – the parking issues, the traffic backed up, the bottles which appear at street corners, the crowds that roar at tries and sixes then flood Kingsland, sometimes not in great shape, before and after matches.

While I occasionally attend, much more frequently I’m at home on a couch. It seems counterintuitive to argue that it should be used more – to ask for more noise and friction to come to the neighbourhood. Yet I would love it if it were host to huge stadium shows a few times a year, as would the vast majority of the neighbourhood: there were almost 3,000 submissions in favour of allowing a limited number of concerts, and less than 200 against.

That’s because when you move to the inner suburbs of a city, that energy is part of what you’re seeking. The summer nights when speedway buzzes across the valley, or shows at Western Springs are almost loud enough to be enjoyed from the back porch – that’s part of the point of cramming in here together like this.

Those who see the stadium as only a burden on the local neighbourhood can’t see beyond their own nose. Each time Eden Park hosts a major event, thousands of people go for drinks and dinner before and after the match, putting thousands of dollars into local bars and restaurants. The Eden Park economy is part of the reason the Kingsland and Mt Eden hospo scene is so vibrant and part of the reason they’re such great places to live. And after the year hospitality has had, it’s never been more important.

Yet Eden Park continues to be hamstrung in its ability to be all it can be. Essentially it’s caught in the middle of a battle between what the country has been and what it seeks to become. 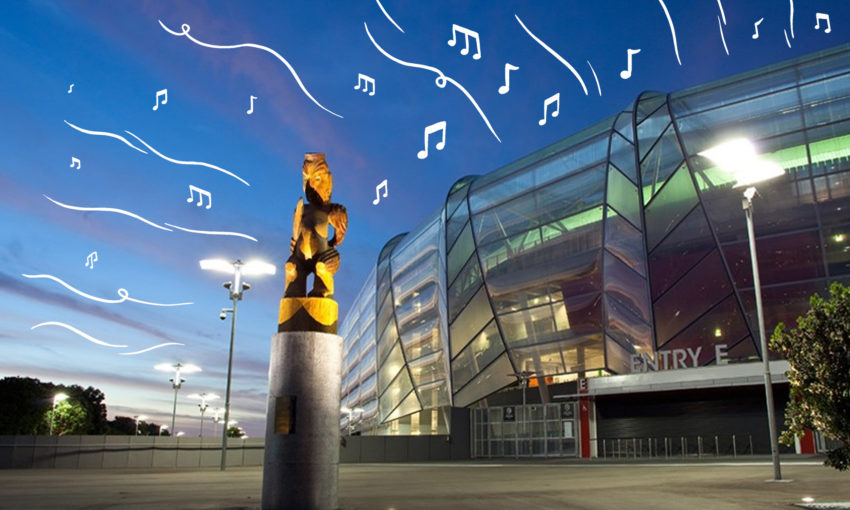 Would this really be so bad?

What do we want New Zealand to be?

The same fundamental argument is playing out in Wellington and Christchurch, where residents cite heritage issues or excessive density as reasons to block development of desperately needed homes. New Zealand has in recent years become committed to prioritising the desires of those who already have means over the needs of those who do not.

This is largely because the former are already in a location and often have significant amounts of time and economic power to pay for lawyers to act on their behalf. The thousands impacted by a lack of housing are mostly invisible and voiceless – the thing they seek is prevented from existing, which tends to reduce someone’s propensity to fight for it.

While preventing certain uses of infrastructure is clearly not as fundamental a right as that which exists to affordable housing, the collective sense of loss every year is not small. Each stadium-scale concert has an immense economic impact on New Zealand, and a cultural impact that is hard to measure. But it stands to reason that if tens of thousands witness a show, some percentage will have their lives improved, even altered, in ways small and sometimes large.

There’s a brutal irony that the chief antagonist of Eden Park’s ability to host concerts is Helen Clark, former PM – and a former minister for arts, culture and heritage. She remains a formidable campaigner – when RNZ Concert was briefly threatened earlier this year, it took a matter of days before the decision was reversed, in part due to the strength of her opposition to the move.

Yet the desire of a stadium, a community and a city to host cultural events near her home is curtailed, in no small part due to the immense power she still possesses. Although she is entitled to a view, it is worth underlining that while she has lived near Eden Park for 40 years, the stadium has lived here for over a century.

In those 40 years the country has changed markedly, at many points because of transformative governments of which Helen Clark was a part. Everything from homosexual law reform and the decriminalisation of prostitution to the creation of the Supreme Court happened in part because of the strength of her convictions.

Yet the country remains in motion. Friday night’s game’s primary broadcaster was Spark Sport, delivering the game over UFB. Both sides took the knee before the match, to show solidarity with the Black Lives Matter movement. The crowd on screens was far more diverse than that which would have attended Eden Park in the 70s, and the game itself was played over a few short hours, mortifying traditionalists.

Around the world sports fans see Eden Park as an iconic venue. Outside of New Zealand it has a reputation similar to the MCG or Wembley Stadium as the fortress of the All Blacks. But at home Eden Park has never been given the opportunity it deserves to grow into a city asset the equal of those stadia. Now is the time to change that.

Eden Park must be considered the primary venue for world-class events – both sporting and cultural – in the city’s future. Forget a waterfront stadium, it always had an unjustifiable price tag. Mt Smart is old, inaccessible and isolated and has none of the vibrance of Eden Park’s surrounds. Albany stadium is in Albany.

Auckland Council must invest in Eden Park’s success and potential. Make it the home of the Warriors, and mens’ and womens’ New Zealand Big Bash T20 teams. Use it for food festivals and night markets. And it must be allowed to host concerts and allow Auckland to attract that rare school of artist that requires a modern stadium venue.

New Zealand has to remain in motion. Its population has expanded far faster than demographers thought possible, and a 70s-style burst of home and infrastructure building (created to accommodate the baby boomers) is needed to meet the needs of that expanded population.

As our cities evolve, so should the way we use them. It’s no longer acceptable that a tiny minority of residents – no matter how well-connected – should be able to block a more efficient and modern use of such an important piece of city infrastructure. For Auckland to become the kind of city it always says it is, the functional ban on concerts has to end.

Correction: an earlier version of this story incorrectly attributed the rollout of Ultra Fast Broadband to Helen Clark’s Labour government. It was in fact a National government initiative.