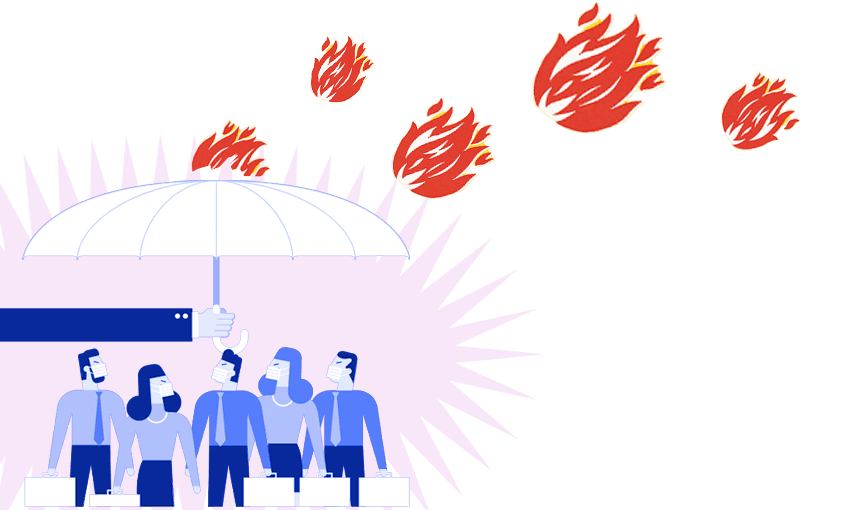 Does your workplace have a health and safety representative?

With omicron’s arrival on our shores, staying safe at work is front of mind for many of us – and a worker health and safety rep plays a vital role in this. If you don’t already have one at your workplace, it might be a good idea to elect one now.

“Everyone has the right to be safe at work,” says First Union organiser Nathalie Jaques.

It’s easy enough to say, but how do we ensure it happens? One of the most vital ingredients in the recipe for a safe workplace is a health and safety representative, says Jaques. This is an employee, elected by their co-workers, who can raise official health and safety issues with their employer. And despite it perhaps being an unfamiliar term for many of us, there’s actually a legal obligation for most workplaces to have them.

Beyond this, a health and safety rep could be what helps your workplace avoid becoming the setting for an omicron super-spreader event.

Aotearoa has really strong health and safety legislation, Jaques says – much sturdier than most other countries. “These rights are very rare and very precious,” she says.

But this wasn’t always the case: it was findings from official reports following the 2010 Pike River tragedy that led to a bolstering of provisions for workplace health and safety in New Zealand. Reports after the disaster found that Pike River workers had raised health and safety concerns about their worksite but had no levers to enforce them. In response to these industry deficits, the Health and Safety at Work Act 2015 gave workers the right to have a health and safety representative along with various other provisions. Essentially, “The act is a correction to that problem of weak worker participation,” Jaques says.

Any worker can ask to have a health and safety representative in their workplace, but if your workplace has more than 20 employees or you work in a high-risk industry, you have to have a worker rep and you must have an election to choose them.

The act also sets out that the PCBU, short for “the person conducting the business or undertaking” and usually meaning the employer, is responsible for ensuring the health and safety of workers. So it’s most definitely in their best interests to have a safe workplace, because if anything goes wrong, they could be liable. Jaques explains that your workplace should be transparent about who holds this position and when and where meetings around health and safety are happening – because workers have a right to attend these too.

Your PCBU is who you’d reach out to about initiating the process of implementing a health and safety representative.

While you don’t have to be an official health and safety representative to raise concerns or refuse to do work you believe is unsafe, the official rep has more official powers. They can issue notices for health and safety breaches, which are sent to both the PCBU and Worksafe to be considered. They can also direct other workers to stop unsafe work until the conditions are resolved. Importantly, they act as an official conduit for the concerns of their workmates too.

This can mean anything from broken air conditioning in a restaurant kitchen making it swelteringly hot, to chronic understaffing, to inadequate lighting for night-shift workers, to a workplace culture causing mental burnout. In the Covid-19 context it might mean staff calling for more adequate masks to be supplied, the option to work from home, better office organisation for social distancing, higher-quality ventilation or vaccination mandates to mitigate the risk of transmission. “Really, health and safety should be improved on an ongoing basis,” Jaques says.

Once you’ve elected a representative, the employer has to pay for two full days of approved training a year, which should be completed on paid time. The representative can also choose where the training is undertaken (Jaques recommends the courses offered by WorksafeReps).

The report that led to the implementation of these rights for workers found that New Zealand had a complacency culture around risk. Jaques believes one of the (very few) silver linings to this pandemic has been the way it’s brought attitudes to workplace health and safety to the forefront. “Health and safety has never been as on the agenda as it is now,” she says. Changes like the increase of sick leave entitlements last year and the amended rules around mask quality for some workers last week are reflective of this.

When it comes to implementing a health and safety representative in your workplace, “there’s no time like the present”, says Jaques.

We all know how this ends.
By Alex Casey
Senior writer
15th June, 2022

They're no longer just for loved ones, but demonstrations of intimacy and wealth designed to be shared with the world.
By Shanti Mathias
Staff Writer