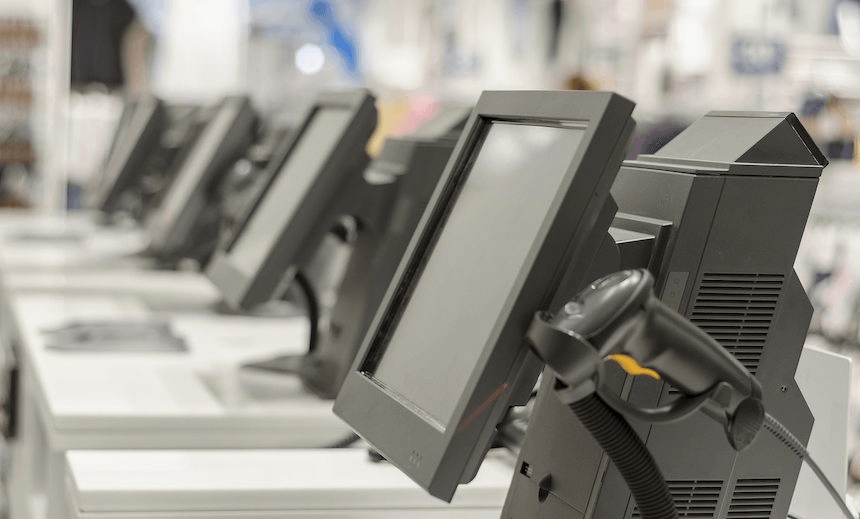 Rage against the machine: how the rise of the robots is creating class warfare

“Machines will eventually take 100% of our jobs, so we can all relax, a little,” wrote Oliver Carlé on The Spinoff last week. James Robins, for one, is not placated.

The scene is a humble neighbourhood supermarket at dusk. Between the searing light above and the linoleum sheen below, you stand holding a desultory wine bottle, the bottom of which will be your fate before this evening is out. You’re deciding which aisle to choose. To the left, a rubberised conveyer belt rolls towards a pimply adolescent in a rumpled uniform who enviously eyes both the wine and the money you hand over for it. To the right is the ‘self-checkout’, where you can avoid human interaction in favour of being asked to “Place your items in the bagging area” 15 times by a pleading electronic tyrant. “I’ll place you in the bagging area if you’re not careful,” you whisper through grinding teeth.

This, in a sense, is the choice facing almost every industrialised country: between the human being and the machine, between mass unemployment and what David Graeber called “bullshit jobs”.

The research has been cited often but is worth repeating for clarity. According to the Oxford Martin School, 47% of all jobs in the United States are at “high risk” of being automated – machines or robots performing the same tasks we do to make money. In India, 69% are at risk. For China, the figure is an astonishing 77%. The New Zealand Institute of Economic Research discovered around 885,000 human beings (46%) here could be replaced by a faceless hunk of metal. Gives you a sense of value, doesn’t it?

There is a certain inevitability in those numbers. Machines are, over time, cheaper to build. They don’t break down, don’t take the Christmas holidays, don’t call in sick after a night out. Their product or service is never flawed, nor are their ironclad appendages liable to be crushed. The robots are coming, they are taking our jobs, and like Liam Byrne, the former British Treasury secretary, they’ve left a note to say “There’s no money left.”

As is always the case, the robots’ first strike will be on the working class. Labourers, machinery operators, drivers, and admin staff are the most likely to be rendered useless by computers. (The least likely, for the record, are managers and professionals). Automation carves society into two distinct classes: the ultra-rich who own the machines, and the ultra-poor rendered useless by them. And, unlike other technological revolutions, the tidal wave of joblessness will swamp the lifeboat faster than we can bail out the water. The speed of automation is its most intimidating attribute. The market’s ability to replace one lost job by creating another over time doesn’t work as it did under the old models.

The legendary economist John Maynard Keynes called this “technological unemployment… our discovery of means of economising the use of labour outrunning the pace at which we can find new uses for labour.” Or, to put it more bluntly, as John Lanchester does in an excellent essay for the London Review of Books, we get “a hyper-capitalist dystopia” with “capital, doing better than ever; the robots, doing all the work; and the great mass of humanity, doing not much”.

We can be serious about this Fourth Industrial Revolution, and begin thinking through its consequences. Or, like Oliver Carlé in his essay for this website, we can be frivolous. Confronted by the behemoth machines, Carlé takes the easy way out. Better that we all become robots, he argues, transplanting our brains for plastic printed circuit boards and our vocal chords with little speakers pumping out the voice of HAL in 2001: A Space Odyssey. But this wild, masochistic wish to become un-human is escapism; running away from the fight.

Because there is a fight to be had. A fight over who owns the machines. As Lanchester has it, “there is a possible alternative…in which ownership and control of robots is disconnected from capital in its current form.” The machines can be stripped from those who misuse them in order to, as Wilbur Townsend wrote in a piece for BWB’s The Interregnum: Rethinking New Zealand, “restore the worker’s humanity by giving them capacities a machine cannot emulate.” This, despite the stilted prose, is a radical thought: Automation has the potential to free humanity from doing any work at all.

When faced with this kind of infinite possibility, Keynes balked. He feared that if we were bound to leisure, a collective “nervous breakdown” would occur. “To those who sweat for their daily bread,” he wryly noted, “leisure is a longed-for sweet – until they get it.” Any pensioner will tell you that retirement isn’t all altruism and camaraderie, but often isolation and listlessness. The social element of a job, the driving purpose in a habitual task, can be hard to replace. Solidarity, the force most likely to seize ownership of the machines, is paradoxically undermined.

But work would not be outlawed or abolished. Rather, instead of waiting at the end of a checkout to pass a blue cheese and fruit paste platter over the till, we can run marathons or paint Turner-esque landscapes, care for our grandparents or volunteer for the City Mission, write new symphonies or invent a new kind of submarine, teach children how to read or carve a garden hedge into an effigy of Nixon. Humanity’s limitless passions and quirks and desires can be made real and vibrant without ever having to do a “bullshit job” again. The machines get the menial tasks, while we get the good ones, and only if we want to.

How, then, do we survive? Carlé dismisses the Universal Basic Income despite its present embryonic state. Townsend advocates “sovereign wealth funds”, similar to KiwiSaver, taxed from capital to provide basic sustenance (an idea I’ve previously described as Thomas Paine’s Agrarian Justice with added robots). Paul Mason, in his slightly mad yet fascinating book PostCapitalism: A Guide to Our Future, describes a kind of sped-up command economy modelled by supercomputers to control the transition from regular labour to machine labour. Either way, the need for a solution is pressing. Keynes’ “nervous breakdown” awaits.

Despite all this, despite my hope that automation might one day liberate us all, I still choose, at the supermarket on a Friday night, the pustule-laced teenager to scan through my sub-$15 bottle of wine. Most of us probably would. The Labour Party certainly did with their Future of Work conference earlier this year. For every apocalyptic warning about automation, the political will still bends inevitably towards, not justice, but cries of “More jobs”. Nobody ever won an election promising work for robots, though perhaps it’s time they did.