After a byzantine process, some beautiful performances and a fair splash of luck, the Black Caps will be playing for the biggest prize in cricket – the first ever World Test Championship. Alex Braae explains how they got there.

In June this year, Kane Williamson will lead the Black Caps onto the turf at Lords, for the chance to claim a unique honour. They’ll be one of two teams in the one-off grand final of the World Test Championship. It’s the first time the event has been held, and a win would prove once and for all that they deserve to be ranked number one test team in the world.

Hang on, we haven’t played a test for a few weeks – how come we just qualified?

It’s a combination of factors, but the most immediate answer is that a series which could have knocked us out has now been cancelled. Australia were due to tour South Africa, and a 2-0 series win would have put them ahead of New Zealand. But the rampant spread of Covid-19 in South Africa out paid to that. 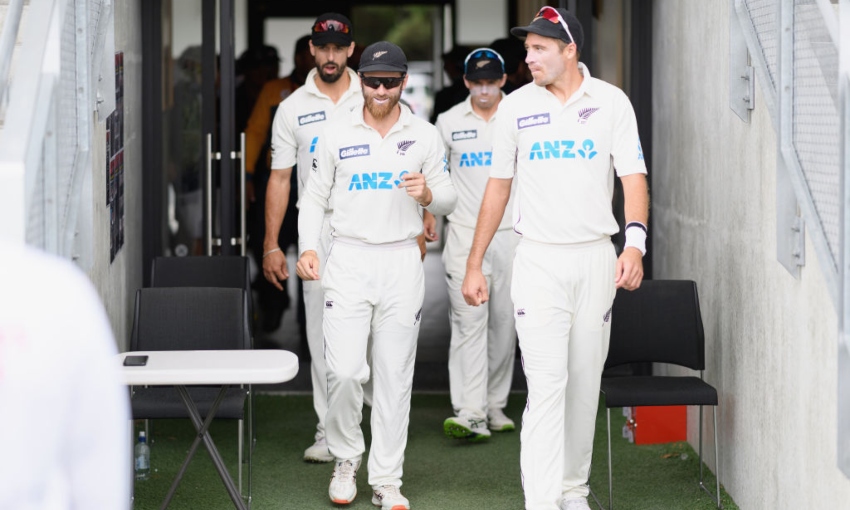 The Black Caps walking out to play Pakistan (Getty Images)

Who has New Zealand actually beaten to get up to this point?

You’ll remember the recent summer sweeps of both the West Indies and Pakistan, with maximum points being taken from both series. Apart from that, New Zealand also beat India 2-0 at home, lost 3-0 in Australia, and drew 1-1 in Sri Lanka. A potentially tricky tour to Bangladesh was cancelled because of the pandemic, and the period also included a home series win against England that for whatever reason wasn’t ever counted towards the WTC standings. Standings on the WTC table are allocated based on winning available points.

That doesn’t exactly read like the results of a champion team.

A few bits of context here: The first is that under the rules of the WTC, each team only plays a maximum of six series in total, over a two year period. The second important point is that each series is worth the same number of points – winning the Ashes 5-0 would be worth the same number of points as beating Ireland 2-0 in a two match series. And the third important bit is that you can only score points in the series that are arranged.

New Zealand Cricket has long been at the mercy of the so-called “Big Three” when it comes to scheduling, rarely getting juicy series or tours against India, England and Australia. And now, hilariously, it has backfired on those countries, because New Zealand ended up with an easier run into the final. Consider India’s path: They thrashed the West Indies and South Africa at home, before having to go on a kryptonite tour of New Zealand. Then this year, they’ve had to come from behind to beat Australia away, and still have to comfortably see off England at home to qualify. Australia’s campaign included an Ashes series in England. It’s not comparable – but at the same time, it’s an entirely logical outcome of how cricket has been structured for a decade. 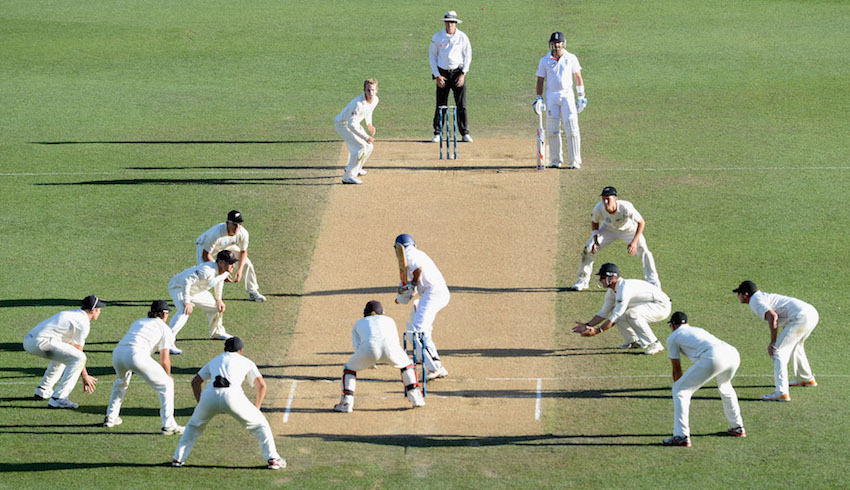 So who will New Zealand be playing?

That still depends on a few scenarios. If India thump England in their four-test series, they will go through. If England somehow manage to sweep that series, they qualify. And if the series is drawn, or if either team wins 1-0, then weirdly Australia will slip in.

Best case scenario, who do we want to be playing?

Each potential opponent presents huge challenges. The WTC final will come at the end of a two-test series at home for England against New Zealand, so while we’ll have some useful warm-ups, they’ll be fit and comfortable in home conditions. If it’s Australia, then there’s every chance their psychological hold over the Black Caps in key moments will continue. We all remember Mitchell Starc blowing Brendon McCullum away in the 2015 final.

So should we hope to play India then? That’s probably no better. The stereotype of India being poor in seaming conditions is starting to break down. Their pace attack is skilled and varied, giving the team flexibility to win in any conditions. Cheteshwar Pujara at number 3 is probably the best blunter of a bowling attack in the world. And the squad runs so deep that they managed to win a test in Australia despite playing with basically a second XI – that’s not a joke either, literally their entire first choice bowling attack was out, and some of their backups too.

Who will be in the New Zealand team?

That’ll likely be much the same lineup as the one that dominated the home summer. There are only a few question marks: Will Tom Blundell hold his spot at the top of the order? Will Colin de Grandhomme slot back in as the all-rounder? Will there be any place for the gentle spin of Mitchell Santner, or even a more aggressive turner like Ajaz Patel? Will the four-man pace attack be fit and firing, and if not who’s next in line? Will the selectors keep faith in Kane Williamson, who showed a worrying tendency to get dismissed in the 200s over summer?

Where can I watch this?

International cricket is on Sky, so they’ll have the rights to this match.

What happens if it’s a draw, or it all just gets rained out?

If the match is a draw after five days, then the trophy will be shared. And if there’s significant rain during the match, a sixth day can be added.

Will beloved and acclaimed cricket podcast The Offspin be returning for this series?

Hang on, I’ve been counting back, and Australia should have the same number of available points secured as New Zealand? What happened?

Funny story there. New Zealand currently sits at 70% of available points secured, while Australia is at 69.2%. But because they played with such a slow over rate during the recent Boxing Day test loss to India, match referee David Boon docked them four competition points. Had that not happened, then Australia would be ahead of New Zealand on a higher runs-per-wicket ratio.

Are you saying, in a situation involving a major cricket final at Lords, and a bizarre technicality… New Zealand will actually benefit?

What goes around comes around.