What compels someone to swim in open water for 12 hours, and what motivates them to turn around and swim the whole way back? Meda McKenzie did it simply to prove it could be done, and was far too stubborn to ever give up.

Watching Scratched – or the Olympics, or virtually any professional sport – is an exercise in confronting your own shortcomings. Your lack of natural gifts. All the what-ifs had you been born a bit taller or had more supportive parents or enough money for coaching. Athletes that achieve greatness show us what’s possible with the right mix of genetics, resources, talent, hard work and a little bit of luck.

Meda McKenzie is not one of those athletes. McKenzie’s achievements in long-distance swimming – as yet unmatched by any woman in New Zealand – didn’t come about because she was the fastest or the tallest or coached by the best. She achieved greatness simply by being stubborn as hell.

In 1978, aged 15, McKenzie swam the Cook Strait north-to-south in 12 hours and seven minutes. She was the first New Zealand woman to complete the modern-day swim (one American woman had swum it three years earlier, eerily recording the exact same time, and Hine Poupou swam it centuries ago alongside two dogs and a dolphin). Four decades later, McKenzie remembers it as being something she did, not because she’d always dreamed of it, but because her mum thought it might be something cool to do. “She must’ve been talking to somebody and the idea of a Cook Strait swim came up and then it was all on from there.

“I don’t actually even remember consciously thinking, ‘Oh, I’ll go swim Cook Strait’. I just got swept up in that moment.”

Getting swept up in the moment is one thing. Staying in that moment six weeks later and in the middle of the ocean is another. “Halfway through Cook Strait I decided it was quite a lot of effort,” McKenzie says. “Too late. They had already pushed me off the boat.”

Self-deprecation is a natural, and crippling, state for many successful New Zealanders. But McKenzie isn’t self-deprecating. She’s very accepting of her achievements and confident in her abilities as a marathon swimmer. At the same time, she seems to genuinely believe her achievements a) aren’t that impressive, and b) aren’t that interesting. My attempts to learn the powers of endurance and passion from her proved fruitless. Meda McKenzie and her brother Alexander in 2020 (Photo: Scratched)

McKenzie’s older brother, Alexander, supported her on all of her swims, most often paddling near her for hours on a surf kayak. While enjoying mocking his sister, Alexander provides some context for all that she accomplished. “At school, we held people like Sir Edmund Hillary on these high pedestals and things like that because they were such great achievers, and they overcame such great odds,” he says. “I think those kinds of things really appealed to Meda. And so she wanted to do something and prove to herself that she could achieve something that most other people couldn’t achieve.”

In that, she succeeded. Only two weeks after her first successful crossing, McKenzie swam Cook Strait in the opposite direction. “My father was just like, ‘I wonder if it’s quicker to go up or down the island…’ [I’d] done it once so try it again,” she says, as if that’s a perfectly normal way to think. And was it easier to swim the other way? “No, it was equally as hard.”

With Cook Strait in the bag, the teenaged McKenzie cast her net wider. The Bristol Channel, the English Channel, Foveaux Strait, a circumnavigation of Rarotonga, the Bay of Islands, and crossing Lake Erie in Canada. All the major swim challenges around the world, she conquered.

By 1984, McKenzie was 21 years old, had two young children, and had proven to everyone and herself that she could swim. Nearing the end of summer, Philip Rush, a fellow Wellingtonian, became the first person in the world to successfully complete a double Cook Strait crossing (North Island to South Island and back to North Island). According to McKenzie, who was getting back into training but had no plans for any imminent swims, Rush inadvertently laid down a challenge. Because of the tides, McKenzie was told she could either attempt a double crossing in 13 days without full preparation or she could wait a year and attempt it the following summer. McKenzie’s decision was swift. “I wasn’t going to let Philip wait that year.”

The pettiness is admirable, though as McKenzie set off on her 52km swim, she did so to prove something bigger than her own abilities. “It was because marathon swimming was essentially men. There weren’t a lot of us women in there, and it was quite male chauvinist in those days.

The waves ended up lasting 23 hours. Upon completion, McKenzie was transported straight from the sand of Wellington Harbour to the hospital where she was treated for hypothermia. She didn’t care – she’d done it. “There is no way that I wanted to fail where he succeeded because I considered myself in his league. And we both could do the same swim, so if he could do it, there’s no reason why I couldn’t finish it.” 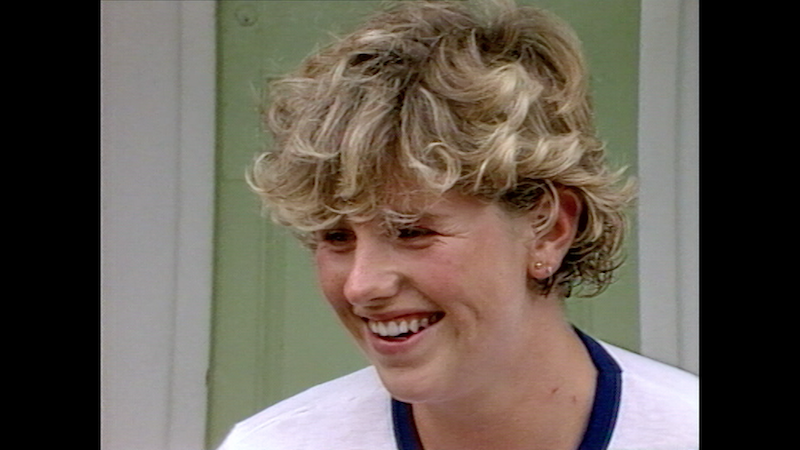 Meda McKenzie after her Cook Strait double-crossing in 1984 (Photo: Scratched)

To Alexander, it was “a window into, I think, Meda’s strength and her tenacity. She’s an extremely strong, mentally strong person.”

“Was I mentally strong or was I just stubborn?” McKenzie counters. “What’s the difference? I’m not quite sure.”

Whatever the difference, McKenzie had both in spades. Proving herself yet again with her double crossing, she retired shortly after from marathon swimming and remains one of only two people to ever complete a Cook Strait double crossing. Today, she works at a bank and rarely swims, only occasionally getting into the ocean with her grandchildren. She never considered applying her outlandish mental strength to other sports, preferring to keep to the all-or-nothing of long-distance swimming, where there’s no second place and no consolation prize. “It’s either you get there or you don’t get there. You’re not going to be standing on the podium and getting a bronze medal,” she says, with the nonchalance of someone discussing bus timetables. “You either swim or you sink.”

For Meda McKenzie, sinking was never an option.