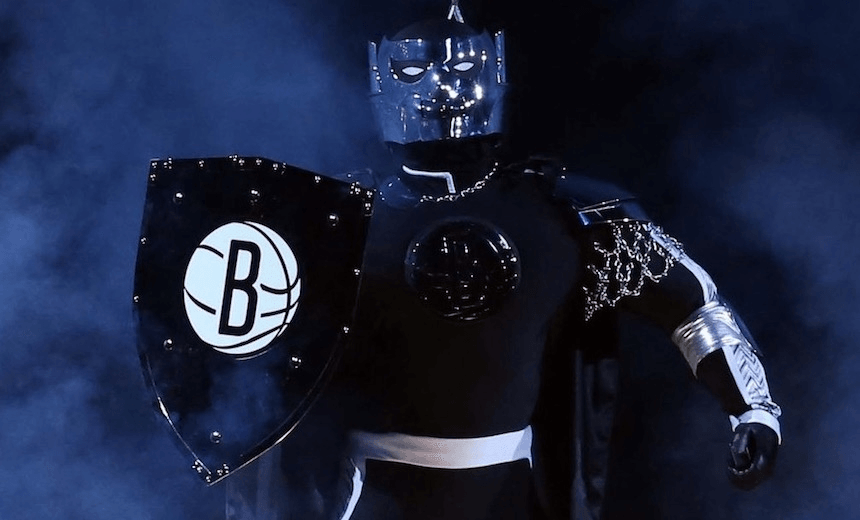 How Sean Marks can keep his terrible, no-good NBA job

By Mate Vella
Guest writer
Made possible by

Kiwi basketball legend Sean Marks has taken charge of a terrible NBA team with virtually no assets, and somehow has to find a way to avoid getting fired. Mate Vella delivers a few suggestions.

The Brooklyn Nets are going through a sour patch, and their outlook is only looking worse. Over the past few years, the franchise’s management have made a series of – to put it gently – questionable decisions.

Or, to put it another way, the Nets have fucked everything up beyond belief since Jay-Z and company moved the team to Brooklyn, and now their future looks like an unending parade of pure misery.

New Zealand Basketball legend Sean Marks was recently hired to take the wheel of this misery bus and perform a near-impossible U-turn. My 2nd favourite New Zealand basketball player ever (I see you Pero Cameron), comes into the job following previous Nets General Manager Billy King’s maniacal reign of terror, where he traded away every draft pick from now until eternity in exchange for the decaying basketball corpses of Kevin Garnett, Paul Pierce, and Gerald Wallace.

There’s really not much Marks can do right now. He’s inherited a sinking ship. The players the Nets currently have under contract are uninspiring and stale, and he’s working for an owner who has clashed heads with everyone brought into fix this mess. It’s a dire situation.

This is where I – a no-name New Zealand basketball tragic – come in.  These are my five suggestions for Sean Marks, General Manager of the Brooklyn Nets. If he adopts all of my ideas immediately, he should avoid getting fired.

1. Drum up a controversy to force a certain Russian billionaire owner out of the city

Reports surfaced at the start of the season that Mikhail Prokhorov, the owner, was already looking to sell his “beloved” Nets franchise so this may not be necessary. However something needs to be done to get this franchise in despair off the ground. We have seen in recent years that the best way to completely overhaul a team’s culture is to get rid of a tyrannical owner. For a couple of months, before everyone remembered how annoying and insufferable Doc Rivers was, the Clippers became the most likeable team in the whole NBA just by conquering the beast that was Donald Sterling. During the 30 years Sterling was the owner, the Clippers were a laughing stock. Prokhorov holds one trait very similar to Sterling, in that he cares very little about basketball, which is dangerous considering the Brooklyn Nets seem to be a basketball team.

Seriously this guy cares so little about basketball that he truly believes Brooklyn is going to contend for the title next season. Marks needs to dig up some Sterling-level dirt on him, and fast. He shouldn’t have to look far.

I don’t think Brook Lopez’s trade value could really get any higher than it is now. His play this season is pretty much the only reason the Nets didn’t get the worst record in the league, and thus why Boston, who received the team’s 2016 draft pick in return for the ghosts of Garnett and Pierce, probably won’t be picking #1.

But Lopez’s play was to be expected given the trash avalanche the Nets unleashed around him. He looked great because he had more touches than anyone else on the floor. On the downside, his D skills are terrible due to the fact that multiple foot surgeries seem to keep him from being able to move. Seriously, I feel pain in my leg just from watching him run in transition.

Meanwhile, Thad Young is an underrated player that is well liked by his peers. He can do a whole lot of things fairly well, but not great, leading me to think that the $12 million owed to him next season is quite a steep price to pay.

Instead of paying these extortionately high salaries to lose slightly less depressingly, package the players and either get some picks back, or get some young players who will develop over time.

3. Take a flier with out-of-sorts stars on short, lucrative contracts

What have you got to lose, Brooklyn? You have no picks, no reason to tank, and no real potential future superstars on the roster. Why not sign Dwight Howard to a short contract at way over market value? Trade for the suddenly available Derrick Rose? Take a flyer on a maniac like Lance Stephenson and watch him conjure hundreds of entertainingly awful (or just plain entertaining) plays?

The Nets aren’t getting Kevin Durant. Al Horford isn’t coming, nor Mike Conley. But you could maybe get a few fading stars looking to cash one last paycheck. Treat someone like Dwight as your number one option, and see if he returns to D12 vintage. If he does, great. You have stayed competitive, keeping your fans happy during a period where you literally have nothing to play for. And if it doesn’t work out, at least you tried and spent the money somewhat wisely.

4. Get a high-profile season ticket holder and make them “Brand Ambassador”

Jay-Z was supposed to be this guy. They were so high on him. Featured in pretty much all of the early advertising, Jay-Z has been absent at the Barclays Center all season long, most recently spotted at Kobe’s last game in LA… TRAITOR.

Brooklyn needs to find an heir to Jay-Z’s throne. Brooklyn needs a star who can be to the Nets what Drake is to the Toronto Raptors. Here’s a list of eligible Brooklynites:

Bernie Sanders: Most popular person on this list right now. Comes in to solidify the new Brooklyn Nets. One that doesn’t spend over $100 million on their roster.

Please. I am from New Zealand.