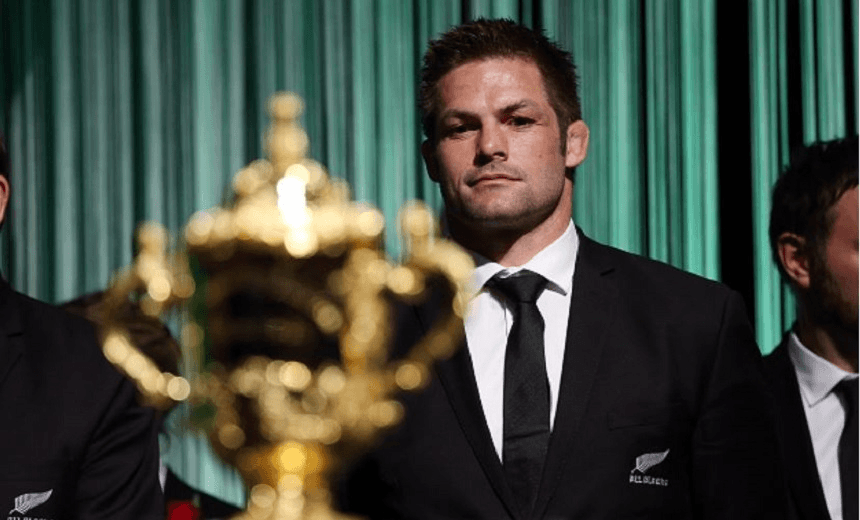 Screw it, just give Richie McCaw all the awards already

By Steve Bolton
Guest writer
Made possible by

Richie McCaw won New Zealander of the Year last night, proving we cannot and will not stop giving him awards. Steve Bolton tracks a humble man from Kurow’s gradual transformation into a prize-laden deity.

Winning is a habit; something a person gets used to and begins to expect of themselves and the others around them. This week Richie McCaw won New Zealander of the year – an award that comes at the end of a remarkable sporting career.

But McCaw’s aura of excellence is so bright that he regularly wins awards for things he’s not involved in at all. New Zealand simply cannot stop giving him awards. He’s like a god who walks among us, vacuuming up trophies that rightly belong to people like Louise Nicholas. Here’s a list of the accolades he’s picked up in the past week alone.

This year the remit for the competition was widened out to allow anyone who’d either cut hair, or had a haircut in Canterbury over the past year, to enter. By virtue of a quick tidy-up he’d stopped in for in Darfield last August, McCaw was deemed eligible and declared the winner in a unanimous committee decision.

In recognition of his outstanding Sunday morning fry up, McCaw was awarded the NZ Bacon Council’s supreme award during an impromptu lunchtime ceremony at his home. Unable to attend in person due to prior commitments, it’s thought McCaw observed the ceremony from high above in his glider.

Winner: Best Gravy on a Leg of Lamb.

With the day all but done there was still time for one more award with McCaw receiving the Mum’s Award for the Best Gravy on a Leg of Lamb and a special commendation on the particularly tasty spuds.

In recognition of the fact that excellence seldom stands in one place for long and is usually off being excellent somewhere else when the awards are being handed out, McCaws award for services to excellence was accepted on his behalf by The Excellence Council’s Chief Executive.

Winner: Employee of the month. Avondale Tyres and Brakes.

After a quick checkup with his specialist, McCaw was awarded NZ Podiatry’s Golden Foot Award for his rapid plantar fascia injury recovery. At the low key prize giving held in his podiatrist’s consulting rooms, a modest McCaw said he’d ‘mostly just been staying off it’.

Always the masochists, the New Zealand Grounds Keepers Association awarded McCaw their highest honour for doing more than anyone else to pound their work into the mud and encouraging others to do the same.

Winner: Prime Minister’s Special Award for Just Being You.

Awarded every fifteen to twenty minutes, the Prime Minister’s Special Award for Just Being You is a regular fixture on the former All Black captain’s calendar.

At the typically low-key half hour ceremony, McCaw sat on the couch with a cup of tea and watched as the Prime Minister did an impressive series of backflips and rolly-pollies around his Beehive office.

Though McCaw was entered in a special category, the decision to award him the sash for best in show was unanimous with the judges sighting his poise, stance, grooming and thick, lustrous mane as winning traits.

As the only contestant with hair, McCaw, though not present, was deemed a dead ringer for the late prince of pop and awarded first prize. A Spiders from Mars themed meat pack and Ziggy Stardust chocolate cake.

And that was a quiet week. McCaw is a tractor beam for our glittering prizes. The one plausible way to sate our addiction to rewarding him is to make the South Island his duchy, and set its residents to work tending his lands and gardens. That or reprioritise what we value and reward in New Zealand, and we all know that’s no option at all.