Australia Week: There’s no contest quite like New Zealand vs Australia, no matter the sport. Alex Braae runs through some of the most and least exciting trans-Tasman rivalries.

It’s the one area of public life where we can go full nationalist, and say we really hate our neighbours. Hopefully it’s not true, of course, but there’s a genuine friction to every sporting event played between New Zealand and Australia.

In most codes you might care to name, the bigger brothers and sisters over the Tasman tend to win. They have more money, more people, more of a culture of cut-throat competitiveness, and more bloody mongrel at their core.

But it’s not all one-way traffic, and many of the proudest sporting moments New Zealanders hold dear involve pulling one over the Aussies. In fact, in some sports that’s now starting to become the norm, and Australia play the role of plucky underdog.

So which are the most exciting? Here are our official ratings. The Black Caps after losing to Australia in a test series in January 2020 in Sydney (Photo: Mark Kolbe – CA/Cricket Australia via Getty Images)

The Black Caps vs Australia

Forget the underarm incident – there have been few heartbreaks in trans-Tasman cricket as crushing as Mitchell Starc ripping through Brendon McCullum at the start of the 2015 World Cup final. On the Australian side, some minds might be cast back to when they were bundled out of their own tri-series, through a combination of Shane Bond’s yorkers and Stephen Fleming’s captaincy chicanery. The best part about this rivalry is that the two teams are now mostly fairly competitive. The worst part is that said competitiveness often doesn’t extend to games actually played on Australian soil.

Rivalry rating: They love that we love to hate them.

The White Ferns vs Australia

The other side of the cricketing rivalry has fallen away in recent years. Women’s cricket has charged ahead in Australia, their domestic competition is incredibly strong, and their international team almost literally never loses. The respective infrastructure gap makes this one almost impossible. And as a result, the White Ferns do a very good impression of New Zealand men’s teams of the 90s whenever they have to play against Australia.

Rivalry rating: Some traditions are best left in the past. Without a doubt, the most overhyped sporting rivalry that exists between the two countries. Maybe once upon a time these series had relevance and intrigue, when a George Gregan Hand of God could break our hearts, but now even Australian wins barely stir the blood. The professional era has seen the code fall away in Australia, while becoming ever more monolithic in New Zealand. And in the women’s game it’s even worse – the Wallaroos have literally never beaten the Black Ferns.

Rivalry rating: As exciting as a reset scrum.

The Silver Ferns vs the Diamonds

Probably the highest intensity sporting rivalry between the two countries right now. Since Dame Noeline Taurua turned the Silver Ferns around, they have taken two of the three trophies that matter off Australia, and are now gunning for the Commonwealth Games gold too. What’s more, each individual contest has been utterly absorbing, often going deep into the final seconds. On paper, the teams shouldn’t be so close – Australia’s domestic structure is far stronger than that of New Zealand. But this rivalry shows that a decade of underperformance can be swept away in a few short years provided the underdog gets hungry enough.

Rivalry rating: No scrubbers in this contest. The Silver Ferns after beating Australia in the final of the Netball World Cup in 2019 (Photo: Getty Images)

The Warriors vs NRL referees

Many New Zealanders have a team in the NRL that isn’t the Warriors. For reasons of family history or simply sporting affinity, the NRL has much less of an “us vs them” vibe as other trans-Tasman competitions. Unfortunately, nobody told the NRL refs, who consistently find ways to stack 50/50 calls up against the one team that just happens to have the words “New Zealand” in their name.

The Kiwis vs the Kangaroos

Imagine a red-faced, middle-aged Australian bloke screaming the words “DING DONG” at the top of his lungs. That’s close to the intensity of some of the extremely passionate and vicious fights that have defined this sporting rivalry for decades. The Kangaroos have won these games at a rate of about 3-1, but the Kiwis have always been surprisingly competitive on the scoreboard, and arguably come out on top when considered the bruising brawls that have taken place – especially the most famous of all, when Kevin Tamati took Greg Dowling to the cleaners.

Rivalry rating: Bring back the biff? 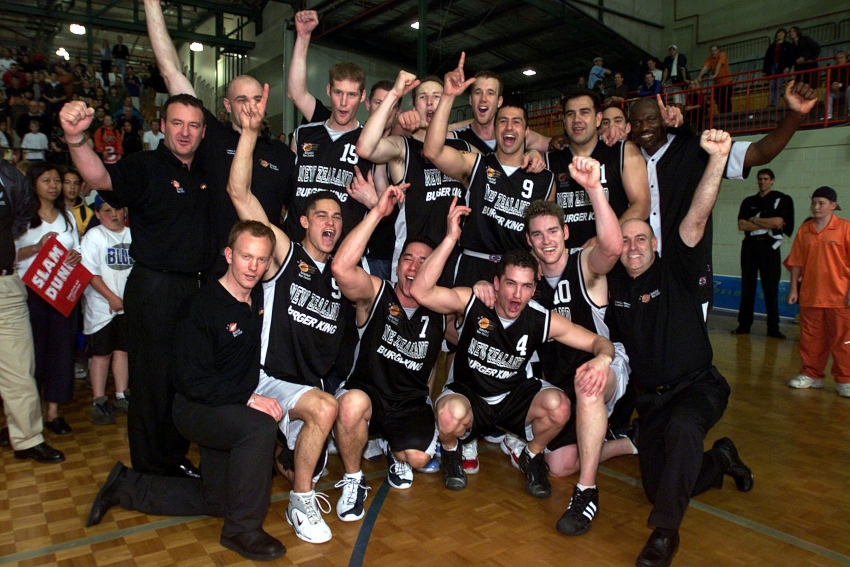 The Tall Blacks vs the Boomers

A difficult rivalry to assess, because the centre of gravity of basketball has moved so comprehensively away from the international game. The record between the two countries is deeply lopsided – in every Oceania Championship since 1971, the Tall Blacks have won three gold medals and 19 silvers. But many will still look back fondly on the 2002 World Cup run, which began with an qualification upset win over Australia.

Rivalry rating: Even the NBL dunks on internationals now.

One of the low-key most interesting rivalries on this list, because the competition is pretty dormant for years, before suddenly single matches of huge consequence will take place. That’s partly down to hockey being an extremely low-profile sport outside of the Olympics and Commonwealth Games – even the World Cup barely gets much coverage, let alone bilateral series. But when a medal is on the line, suddenly everyone’s an expert on hockey. The finest moment in the history of this rivalry would still have to be the Black Sticks Men taking Australia down in the Montreal Olympics final, though a recent contender would be the Black Sticks Women snatching automatic Olympics qualification before the pandemic hit.

Rivalry rating: A great sport to give the Aussies some stick.

Powerful egos, backed by the even more powerful egos of billionaire backers. In the last three America’s Cups, Australian Jimmy Spithill has loomed large in the nightmares of Emirates Team New Zealand. He masterminded one of the most remarkable sporting comebacks in history in 2013, but couldn’t back it up in either of the next two competitions, despite coming close. Along the way, he also secured an expensive piece of real estate in Auckland, which makes him a rival to every person who thinks “City of Sails” is an accurate description of the place.