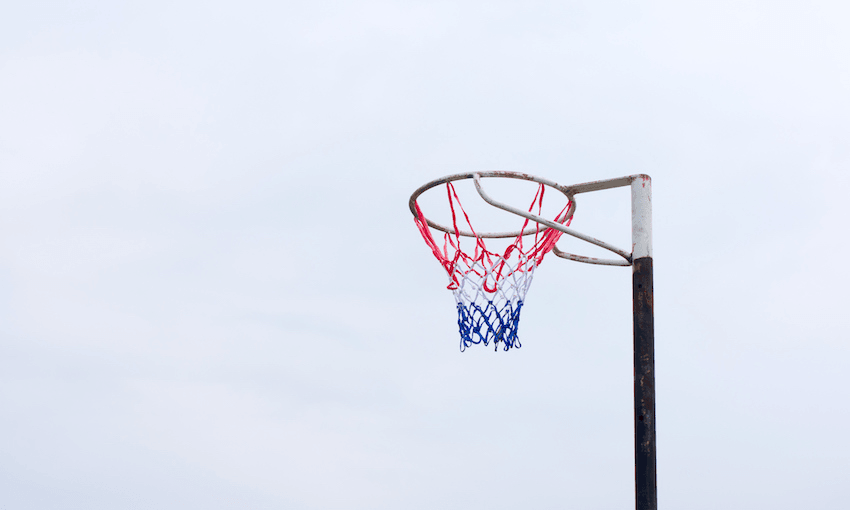 What it’s like to return to netball in your thirties

After a decade feeling alienated from sport, Hannah Spyksma returned to the netball courts and found it just as good as when she left.

It’s winter sport time and this year I’ve decided to break an almost 14-year drought. A Saturday netball playing drought. These are sentences I never imagined I’d write because in all honesty, until now I’d pretty much given up on mainstream sport in New Zealand as being something I could relate to.

Long gone are the days when I played high school rugby, volleyball, netball, basketball and lacrosse. At the start of my thirties I don’t even pretend to care about Super Rugby anymore. Instead, over the past decade I’ve made a point of slowly removing myself from organised sport and some of its painful associations with middle New Zealand.

Like blatant homophobia and toxic masculinity, both of which I’d experienced while watching rugby at Eden Park several years ago. Or Saturday netball, which I’ve worried might be too bourgeois, annoying to plan a weekend around and potentially a space where my queer self might not fit in.

Over my twenties I’ve instead tried most yuppie fitness crazes in order to retain some semblance of physical activity in my life. There was the crossfit phase, the bootcamp phase, the personal trainer phase, the fuck-it-I-don’t-need-to-pay-for-exercise-I’ll-just-occassionally-run phase and recently the youtube pop sugar workout phase.

But the thing that all of these attempts at exercised lacked was accountability.

I sucked at the 5am wake up for crossfit. The bootcamp didn’t cost much so it was easy to stop going to because, you know, busy. The personal trainer was great and motivating but on the other hand, too expensive to keep up. Then I hurt my ankle running and that also seemed like a good reason to stop for a while.

I’ll walk, I recently told myself. Become a regular tramper and treat our beautiful countryside like my backyard. Sure, I do walk a lot but, unsurprisingly, it turns out that hiking is not realistic for day to day urban life and my lack of car means the practicalities of getting out of the city on weekends are well, impractical.

So, a few Saturdays ago I found myself at 3.30pm, for the first time in well over a decade, trying a different strategy and subbing onto a netball court at half time. I had arrived an hour earlier at the courts with the energy of a teacher’s pet but – as it turned out during the game – the stamina of a millennial who too often eats croissants with their coffee while working from a laptop at a local cafe. This made for a mildly awkward first game, both in the sense of my fitness and my contrasting enthusiasm for being there.

The best part of the afternoon though, was getting a uniform. The skirt and top combo highlighted the stomach rolls I’d developed from all that pastry eating in my late twenties. There was also the exposed legs. About an hour before I left home I remembered that I’d have to wear this uniform and jumped into the shower to shave the forgotten zone of hair I never look at on the back of my thighs. Luckily, I did, because the bike shorts I wore under the skirt kept rolling up to my undie line as I ran. I spent half the game pulling the ends of the shorts back down to sit on my chubby thighs which, like the rolls on my tummy, muffined around elastic bands.

Nonetheless, for all the awkwardness and discomfort of showing up for the game, wearing the uniform, being puffed and then contributing to our team losing (sorry everyone), I thoroughly enjoyed the whole experience. Not even embarrassed to say so.

Netball, I had forgotten, is a sport I enjoy for multiple reasons. Playing is kind of like attending a design sprint. It’s the type of game that puts you on the spot, makes you work fast and requires strategic thinking. You fail fast and are judged on your ability to bounce back from that failure, learn from it and not make the same mistake again. Additionally, your team is only as strong as your ability to communicate with them and express what you need. And, importantly, if you don’t do the practice it shows in your performance.

It also provides a useful framework for developing routine, something it’s easy to lack in the midst of freelance life. I’m so far finding that a regular practice night and weekly game is actually quite useful to addressing the accountability my other forays into exercise always seem to lack. Besides, sport is a good way to meet people in a new city and so far, that’s proving true.

The game also brought out a determination in me that I forgot I have.

At the end of the day, I don’t care if I’m not the best on the team. But I do care about being judged for not showing up. I will, as a result, consistently work on improving my game. Similarly, I don’t care if we lose – it is just a game after all. But I do care about being competitive and giving my full attention and energy to being present every week.

These are all insights I feel like I’ve always known about netball but ignored the older I’ve got. Despite thriving off sport as a teenager and strongly believing in the link between exercise and mental health, it’s been easier as an adult to tell myself I don’t have to fit into a sporting norm than to try to give it a go.

Not to say that joining a team is the answer for everyone nor that some of the issues to do with discrimination and marginalisation aren’t rife in New Zealand sporting culture. But personally, denying myself the opportunity to give netball another go has, over the years, created some dissonance between my day to day routine and what I know I’m capable of both personally and professionally. Not committing to sport – my preferred type of hobby – has also stifled the social opportunities that getting involved in a club can afford. I’ve been a slow learner on that one.

Starting to play again feels like connecting old muscle memories and new pathways to a mentally healthy, social and fulfilling weekly routine. I feel energised, rewired and slowly able to relate the lessons at practice and on court to my attitude and achievement off court. I know that I can show up, squeeze into a too tight uniform and come out the other side of the game feeling like I am capable of being there. There’s got to be a life lesson in that.

So, yes, it’s been somewhat nerve-wracking to venture back into the world of organised weekend sport. But what I personally have gotten from deciding to join a team in my 30s is, so far, worth any discomfort. Plus, on reflection, I think I look pretty damn good in that uniform. See you at the court Saturday.