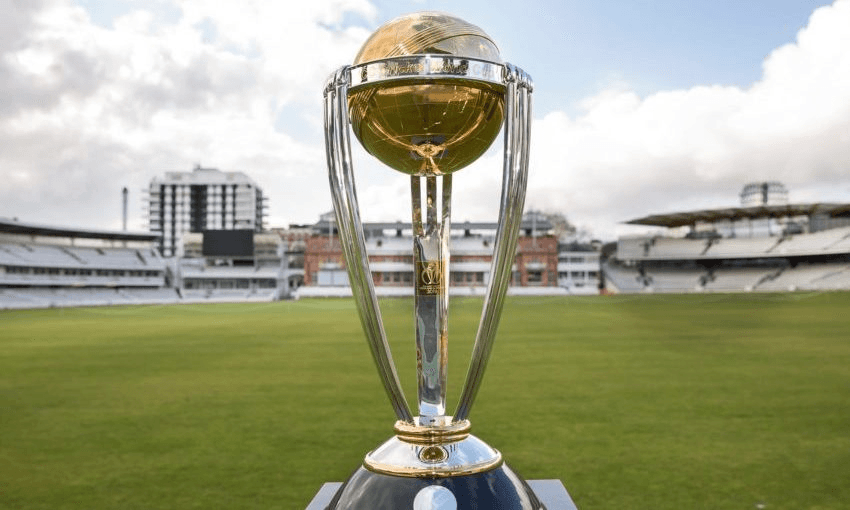 ‘They don’t chase wins, they chase prices’: why the fixing stench still clings to cricket

An international gambling industry source has told The Spinoff that World Cup warm-up matches are prime targets for the vast subcontinental fixing machine.

Warm-up games in the Cricket World Cup are a match-fixer’s paradise, a veteran international gambling industry source has told the Spinoff. The combination of big names and high publicity means a lot of money is wagered, yet because the outcome has no bearing on the tournament, the games’ results are rarely subjected to much scrutiny. The contests are vulnerable precisely because “there’s nothing riding on it”, said the source, speaking on condition of anonymity.

Games between high-profile teams on which little hinges are frequent targets, said the gambling industry source. He cited late season English Premier League games as an example of those he and his colleagues watch for strange flows of money as an example of a low-stakes game which requires monitoring.

“The games in English football which are most at risk are 10th playing 12th at the end of the season. There’s no promotion or relegation on the line, no chance at Europe. There’s just nothing to play for.”

The source believes the Pakistan side is especially vulnerable due its compensation. “The Pakistani guys are the poorest paid elite cricketers in the world. They’re not allowed to play IPL, which is where cricketers make all their money. They can make more money off one fixed match than a whole year’s salary.”

The tournament itself, which begins tomorrow in England, will be a target, too, according to Ed Hawkins, author of Bookie Fixer Gambler Spy, a Wisden-award-winning expose of corruption in cricket.

“Given the amount of matches and the amount of money which will be wagered on the illegal markets, you’d have to be a fool to say it’s going to be 100% clean. No one with a semblance of knowledge of the way this business works would give this world cup a clean sheet,” he said.

“And the ICC haven’t done that. They can’t guarantee that. And they’re right not to. I would be very, very surprised if there was not some corruption going on at the World Cup. I’d be amazed.”

Hawkins disputed the idea that Pakistan are more at risk than other international sides, however. “I don’t agree with the idea that most players fix because they need the money,” said Hawkins. “I know some do, but I think that’s a bit of an excuse, that players aren’t paid well enough so they fix. It goes across any kind of sport when players cheat – did Lance Armstrong need to cheat? He’d won multiple Tours de France, he already had plenty of money.”

Hawkins said the critical determinant in assessing whether a match is at risk is whether it is screening in India – a country of 100,000 bookmakers, with legendary illegal betting syndicates. “The only thing you need to know to find out whether those World Cup warm-up matches are vulnerable or not is whether the Indian market is sitting on them,” he said. “If the Indian market is sitting on a game, if it’s on television, it has a vulnerability to it. If it’s not – if it’s not on TV in India – then the match is not going to be dodgy. The Indian market has to be betting on it for a game to be corrupt.”

The ICC runs its own anti-corruption unit, which the gambling industry source singled out as part of the problem. Because “it monitors itself”, he said, that reduced the incentives around transparency when problems are encountered.

When that was put to Hawkins, who has been a critic of the anti-corruption unit, he said a new administration has made significant strides and brought charges against more individuals.

The ACU has for its part already made a major announcement around match-fixing ahead of the World Cup, highlighting the unregulated subcontinental betting markets as being of particular concern. Alex Marshall, the head of the ICC Anti-Corruption Unit, told reporters that a number of figures linked to such markets had been contacted and warned to stay away from the tournament.

“It’s around a dozen people who have had the ‘disinvite’ to the Cricket World Cup and who we will keep away,” said Marshall. “If any more pop up, we will be speaking to them as well. They are people who live all over the world but the majority of the corruption we deal with has its origins in the subcontinent, unregulated betting markets.”

Ever since South African captain Hansie Cronje was exposed as being heavily involved in match-fixing in 2000, cricket has struggled to shake off the taint of corruption. A number of players have subsequently been banned, including New Zealand’s Lou Vincent, while the Black Caps’ famous 2011 victory in Hobart was cited by Al Jazeera as under suspicion. Yet even 20 years after the revelations, it remains an area in which proof is elusive.

“How do you prove a player is deliberately batting slowly, or a bowler deliberately chucking it down leg side? Or a jockey deliberately stopping a horse,” said Hawkins. “What pressure does to people can be unquantifiable. So it’s impossible to prove match fixing, unless you have evidence from a sting-type operation, where someone says beforehand what is going to happen.”

Yet even if proof is hard to come by, those whose job it is to monitor live odds remain alert. There are a number of cricketers and teams those in gambling watch closely, because of a history of aberrant results. “They don’t chase wins,” said our source. “They chase prices.”