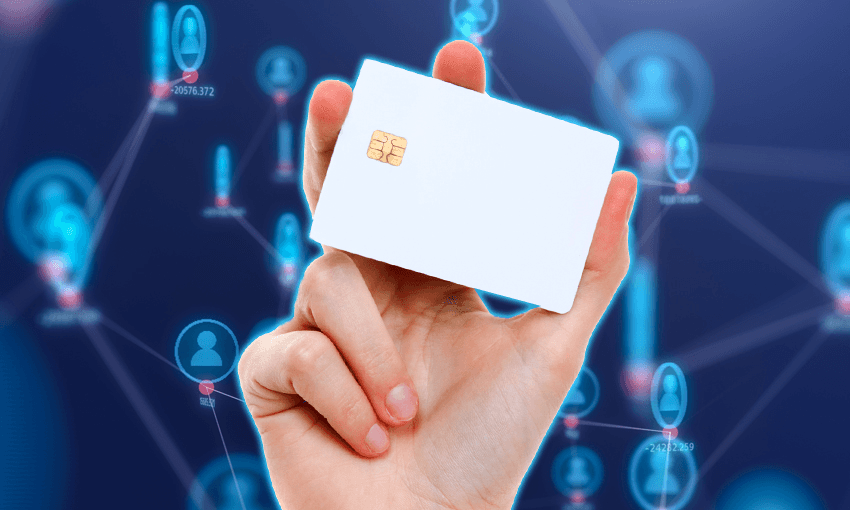 Despite its starry backers’ claims, the CovidCard is no magic solution

The Bluetooth-enabled tracking device is being sold as a more effective alternative to the Covid Tracer app, but the brutal truth is that neither are the miracle solution we want, writes Richard Easther.

Covid-19 is a tightly rolled ball of nucleic acid and protein, astride the fuzzy line separating the living world from fancy chemistry. It cannot see the cells it invades, it knows nothing of the havoc it causes in the body, and is entirely indifferent to human society. Despite this, the virus is testing individuals, leaders, businesses, scientists, technologists, health systems, and societies as a whole.

So far, New Zealanders have aced the exams the virus sets for us. We’ve certainly had our share of luck, but – so far – we have been spared the sight of our leaders going viral for all the wrong reasons, or the spectre of battlefield triage in our hospitals. The flipside of this success is that we face new challenges as one of a handful of countries where you can go about daily life just as you did a year ago.

Right now, numbers are growing dramatically in the United States, a reopening England flirts with a similar fate, and the worldwide infection rate keeps setting new records. Moreover, many survivors report ongoing impairment, and it is unclear whether immunity is persistent.

There is hope: vaccines are being tested and we learn more every day. However, Covid-19 could define the coming decade in the way that World War II shaped the 1940s, and we are barely months into the saga. There is zero guarantee that the new normal will arrive quickly, or resemble the old one – a cold reality that is often overlooked amid calls to “reopen the country”.

We face three possible paths. The first is the speedy arrival and deployment of a safe and effective vaccine (or a treatment that stops Covid in its tracks), controlling the pandemic internationally and making it safe to open the borders. The second is to improve tracking and tracing inside New Zealand (or pre-flight screening for inbound passengers) to the point we can safely let down our guard at the border. The third is to hunker down with rigorous quarantine for as long as it takes.

Last week, prime minister Jacinda Ardern laid out New Zealand’s strategy for the coming months, and maybe years. We are hunkering down, with tight controls at the border backed by a preparedness to raise Covid alert levels on a regional or even national basis in the event of new outbreaks in the community.

In the short term, this is the only choice, given that the other two options both require major innovations – and no vaccine has ever been successfully deployed against any human coronavirus, while ensuring tracking and tracing is reliable enough to dispense with quarantine will require major advances on the status quo.

As Ardern has acknowledged, we can always make quarantine more rigorous, but any human system will eventually slip up. While each breach makes headlines, no cases are known to have spread into the community. There are 5,000 people in quarantine at a time and the vast majority comply with the requirements. That said, the tolerance for error should be at the same level as the air traffic control system, rather than downtown traffic. Moreover, slowly developing cases might beat even a perfect implementation of the current rules and any increase in the number of arrivals means we will be rolling the dice more often.

Sooner or later, we will need to hunt down Covid cases in the community. Our tracking and tracing infrastructure has been upgraded since March, but the hope we could bolster this process with electronic tools is unfulfilled. The Covid Tracer app is clunky and largely unused, even by those of us who’ve installed it on our phones.

An alternative approach, the CovidCard, is being plugged by a group of prominent business and tech figures. This would be a bluetooth-based device you carry with you which records other cards in its vicinity, with the goal of automating tracking and tracing.

This is what the Singaporean TraceTogether Token looks like. It’s the only example I’ve seen of of a technology that does anything like what the CovidCard backers are promising. pic.twitter.com/LtxXTSa4D8

It is described as a credit card sized item that works for a year or more without needing maintenance, while costing about $10 a head. Unfortunately, while any two of these attributes can probably be combined in a single device, many technical experts suspect that simultaneously combining all three features into a working product is beyond the current state of the art, although a prototype has apparently been trialled.

Even so, the combined clout of the CovidCard’s backers have put it on the national agenda. TradeMe founder Sam Morgan is a leading proponent, and it was plugged in a recent think piece by a dream team of prominent New Zealanders, scientist Sir Peter Gluckman, former Air New Zealand CEO Rob Fyfe, and ex-prime minister Helen Clark. Beyond its circle of enthusiasts, however, there is a widespread concern that its capabilities are oversold.

No other country has deployed a similar device “at scale” and, more problematically, its backers pay lip-service at best to the need for “social licence”. Ironically, while Gluckman is a polarising figure within the New Zealand science community, this is a principle he is widely credited with championing during his time as the prime minister’s chief science adviser – the notion that technical innovation requires buy-in from the community.

Expecting every member of the team of five million to carry a device which records their every moment of proximity with other team members is a huge ask, even in a pandemic. Despite this, CovidCard advocates seem to be more actively working their connections than talking to the public, although Sam Morgan’s dad Gareth authoritarian streak is fully visible on Twitter. But the human aspects of the CovidCard may ultimately prove tougher than its purely technical challenges.

CovidCard style solutions should be on the table, along with apps that run on smartphones, and anything else we can think of. As a thought experiment, try a government-funded “KiwiPhone” programme for size: what if, instead of asking everyone to carry an entirely new device, people were helped to update older phones to something an app will work on. The simplicity of the CovidCard is a key selling point, but phones provide more options for sifting the data, given their processing power and a richer suite of sensors.

The brutal truth may be that neither apps or CovidCard style solutions will work at scale. Like a “self-driving car”, these may be technical innovations that can be described in a couple of words, work well in favourable environments, but are far harder to deploy in ways that are genuinely transformative.

Possibly in an era of “there’s an app for that” the government felt it was expected to deliver an app, any app. No country has truly nailed it so far, but ours currently has nothing like the uptake needed to make a difference to tracking and tracing. There is likewise no known example of a Covid card that is cheap, simple and universal. (Singapore’s comes closest, but it’s a chunky thing with a battery that only lasts a few months.)

Backers of the CovidCard often present it as a tool for softening border requirements. But unless it works spectacularly well, we are going to want both belt and braces – electronic tracking plus quarantine – to deal with cases that do sneak through the net, and only form bubbles with countries which achieve full elimination.

The 2020s may thus resemble the early 1950s, when telegraph and radio connected continents with near-instant communication, but passenger ships were the dominant mode of international transport. We could be at the beginning of a similar era where electronic connectivity is easy, but physical presence requires a two week journey. This would have massive implications for our economy and the shape of our society, but we should be making plans for this contingency.

If the impact of Covid comes to approach that of a global conflict, it is almost perversely reassuring to remember that World War II accelerated technological development across multiple domains. Unprecedented scientific resources are now focused on Covid, building our hopes for improved treatments and vaccines.

While a successful vaccine will work worldwide if it can be cheaply produced, tracking and tracing solutions need to be tailored to the societies within which they are to be deployed. Unlike wartime, there is no need for secrecy but our government and local CovidCard boosters have held their hands close to their chest. These discussions should be happening in the open, to build trust and fully engage the expertise of the team of five million.

We made it through lockdown together, demonstrating that New Zealand can deliver a world-class performance in the face of clear and present danger. The challenge now is to make good on that initial win by facing down a danger that is still clear – but not, for the moment – present in our community. The virus has not finished testing us.