Good morning and welcome to The Bulletin. In today’s edition: Mahuta vs the mayors on water reforms, raft of changes coming into force today, and vaccine supplies going down to the wire.

The four new entities to take control of water infrastructure have been announced, but buy-in from councils is wavering. Stuff’s Thomas Coughlan has a very clear piece explaining both what the entities will cover (and why the changes are being pushed for by central government) but also why councils aren’t all keen. In more specific detail, LDR Stephen Forbes reports Auckland mayor Phil Goff is concerned with a loss of control after Auckland Council invested billions of ratepayer dollars into Watercare. Star News reports mayor Lianne Dalziel in Christchurch said she doesn’t quite see a “compelling case for change”. And Stuff’s Joel Macmanus reports a wide range of reaction from Wellington region mayors. That’s not to mention Whangārei, who have already provisionally opted out – mayor Sheryl Mai responded to the entity announcement last night on Newstalk ZB.

Is there more to council reticence? They will be required to give up power, and perhaps more importantly revenue, if they go ahead with it. Some would argue that councils don’t really have the expertise or income to deal with the looming infrastructure bills coming down the pipes, but that could be galling for those councils that have actually kept up with the required investment. On a more personal level, it could result in the pay of councillors going down – our hawk-eyed political editor Justin Giovannetti dug up a paper from the Remuneration Authority that outlines that operational expenditure and council asset ownership are both part of the method by which councillor pay gets calculated, and both would theoretically be reduced by the proposed changes.

Can local government minister Nanaia Mahuta force it through? She has already acknowledged that a patchwork – where say Lower Hutt is in, but Upper Hutt is out – will not work. She also isn’t ruling out compelling councils to come on board. Right now the government is still in the stage of trying to persuade, including by telling ratepayers they’ll likely end up paying much less on water bills under the reforms. The government has also been spending big on a PR campaign, including attracting criticism for hiring wonderful actor Rachel House for TV ads, reports the NZ Herald’s Jason Walls. If the persuasion attempts are still going on by the end of the year, councils might find Mahuta a lot less conversational.

It’s July 1, so a raft of changes are coming into force today. To rip through them quickly, they include:

And quite a bit more besides that.

It appears the country’s vaccine supplies are going to be cutting it very fine, and could temporarily run out soon. The NZ Herald has reported the warning from Covid minister Chris Hipkins that stocks have now fallen below 100,000 doses, with a million scheduled to be delivered next month. Currently about 1.15 million jabs have been given out. The Guardian reports Queensland is also running low on Pfizer, with just over a week’s worth remaining.

A new report from the Chief Censor suggests a large proportion of New Zealanders have been exposed to misinformation, but it isn’t a simple picture. Justin Giovannetti has got into what the report found, and also what wasn’t so clear from it. For example, Victoria professor Marc Wilson noted the report didn’t pass judgement on what views are and aren’t misinformation – in my view wisely – but it perhaps limits the conclusions that can be drawn from the study.

The West Auckland licensing trust allegedly established a secret fund of public money, to be spent on trying to sway public opinion to protect their alcohol monopoly, reports Stuff’s Steve Kilgallon. The trusts deny spending public money. Documents with this information were uncovered by a campaigner who wants the monopoly broken up. Local government expert Andy Asquith said incidents like this happen because there is a lack of accountability over the sector.

A story about rural roads from the weekend, that as of Monday still hadn’t been fixed: The Times-Age reports the South Wairarapa community in the Hinakura Valley have been left isolated, after a key road was hit with serious flooding damage. About 70 people live there, including kids who need to get to school. It has left those living there feeling neglected and ignored. 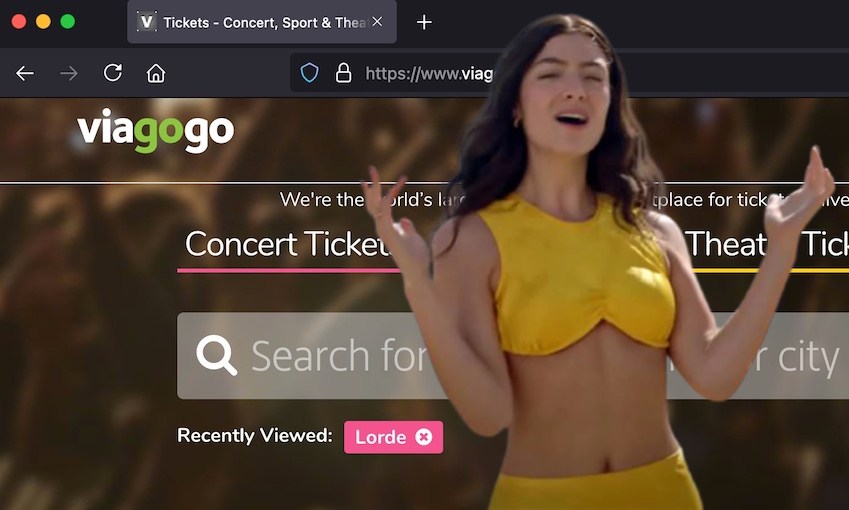 Right now on The Spinoff: Alice Webb-Liddall, in partnership with the YWCA, profiles 25 trailblazing young wāhine who serve their communities. Laura Walters analyses the revelations that the SIS can access CCTV cameras, and even maneuver them in some cases. David Hill discusses why he wrote a play about suicide for kids, and how they understand a lot more than we adults often give them credit for. Chris Schulz gives a very timely reminder with Lorde tickets going on sale – under no circumstances should anyone buy anything from the scammers at Viagogo. And Ladi6 talks about some of her firsts in a very interesting life, on the latest episode of First.

For a feature today, a look at a post-conflict country where the winners are steadily consolidating power. The Asia Sentinel has covered the changes taking place in Sri Lanka, through the lens of a couple of crucial cultural and administrative issues. In the process, the majority-Sinhalese country is allegedly becoming increasingly majoritarian. Here’s an excerpt:

As it stands, in addition to the appointment of ex-military officers into civil sector positions, the government has begun using the military in administrative roles. Since February 24, for example, Sri Lanka Corps Military Police personnel and their cars and motorbikes have been deployed to assist the Colombo City Traffic Division. The joint program will be supervised by the Army Commander Lieutenant General Shavendra Silva.

It is thus hardly ambiguous that increasing militarization of politics corresponds to a direct Sinhalization of Sri Lankan politics and society as well.

Covid complications have forced the cancellation of the ASB Classic for the second year in a row, reports Andrew Gourdie for Newshub. The cancellation came months before it was strictly speaking necessary, but the problems with it going ahead were already clear. In particular, securing sufficient MIQ spots was looking impossible. Before Covid, the ASB Classic was considered one of the highlights of the sporting summer – you have to wonder if it’ll ever be played again.