Good morning and welcome to The Bulletin. In today’s edition: Travel bubble not universally popular in the Cook Islands, vaccine rollout failing with rural doctors, and assessing Ardern’s latest comments on China.

A travel bubble with the Cook Islands has been announced, and will open in two weeks. Our live updates reports that from March 17 quarantine-free travel will be in place, though it will not include those travelling from Australia. Ardern said if cases are discovered in the Cooks, New Zealanders will likely be brought home, to reduce any potential pressure on the vulnerable local health system. This is in contrast to the more ‘flyer beware’ approach with the Australian bubble. The standard final checks will still need to be done before the official opening date.

The bubble won’t be universally popular in the Cook Islands. Before the announcement was made, the Cook Islands News reports the opposition leader Tina Pupuke Browne reiterated a call for vaccination to take place before any bubble opened. “Our people must have the protection of being vaccinated because our population is so vulnerable,” said Browne. Ardern maintained that ‘realm countries’ – the Cook Islands, Tokelau and Niue – are part of New Zealand’s vaccine plans, but that logistical challenges had so far prevented any rollout.

For some businesses though, the opening of the bubble is a lifeline. One News spoke to several senior industry figures, who say that many tourism operators have basically had no customers, and an industry that accounted for more than half the country’s economy has suffered long-term damage. In fact, some spokespeople are even contrasting the country with Australia in a bid to drum up tourism interest – Chamber of Commerce President Fletcher Melvin told Radio NZ “I think we have a unique opportunity to open up, unlike Australia… we were safer pre-Covid and we’re still safe. We’re the best place to come to.” As for the impact on New Zealand tourism, Stuff reports it is likely that some money will now flow to the Cooks, but NZ industry reps are comfortable with that.

The Covid vaccine rollout is failing to reach rural doctors, raising concerns about the wider rollout for remote communities. Radio NZ reports the Rural GP Network head Grant Davidson said “anecdotally there very few and I haven’t met any rural GPs that have been vaccinated.” The problem is travel, with some doctors facing whole days of work being taken up with the round trip to a main centre. It was suggested that those communities have a day in which as many people as possible get vaccinated.

Meanwhile, you may have got a flyer through the letterbox recently advertising itself with ‘important Covid vaccine facts’. The flyer comes from the group Voices for Freedom, who have become prominent in the anti-lockdown, anti-vax sort of space in recent months. They’ve got every right to publish and distribute whatever they want, of course. But you might also be interested in what scientists have to say on each of those points described as facts. Newshub’s Dan Satherley did just that, and the scientists point out how the claims range from misleading to flat out wrong.

It’s difficult to say whether it represents a change in approach, but there has been a subtle change in language from the PM on the China relationship. Stuff reports Ardern said differences between the two countries are “becoming increasingly difficult to reconcile”. But also, as former PM John Key pointed out at yesterday’s China Business Summit in Auckland, many of the issues that underpin tensions in international relations have been around since before he was in office. Newsroom headlined their story on the summit with a different angle, as Ardern also argued that those differences shouldn’t in and of themselves derail the relationship. And finally, for a deep read on what exactly is meant by the “independent foreign policy” pursued by New Zealand, I’d highly encourage a read of this feature by political editor Justin Giovannetti.

A milestone is nearing for Wellington public transport users, who will soon be able to use the Snapper ticketing system on both buses and trains. The Dominion Post reports the integration innovation – which other cities managed mere decades ago – will roll out in October. At the early stage it will only apply on the Johnsonville line. It represents another inch closer to a ticketing system that could be used on any public transport across the country.

An unknown number of babies are missing from the health system, meaning that they may miss out on crucial appointments and vaccinations. The NZ Herald’s Emma Russell reports in the three months to December 2020, 102 babies were ‘found’ by the system – but it’s not clear how many more are out there. Health minister Andrew Little said the IT systems of the health system need to be upgraded to prevent this happening, something that is part of the health reforms announced last week.

The PM has shown lukewarm interest in yet another request made by a poverty advocacy group. Newshub reports Kidscan research has found about three quarters of schools in deciles 1-6 have kids who don’t show up because they don’t have food, while almost all schools in that decile range have kids who attend with insufficient food. Many children currently do get fed in schools as part of government contracted programmes, and PM Ardern said she was supportive of existing spending, but wasn’t sure if making those programmes more universal was the right approach.

Polls can be misleading, particularly when they’re presented as being something they’re not. And the latest episode of Mediawatch has lifted the lid on a particularly dishonest practice used by many media outlets – the presentation of unscientific, self-selecting polls as any sort of genuine measure of public opinion. It’s a must-read piece for any news consumer, and perhaps news producers as well. 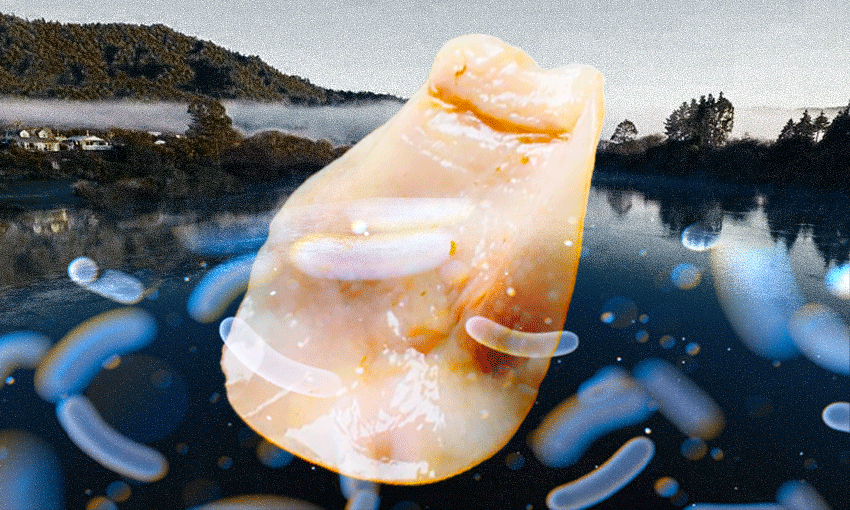 Right now on The Spinoff: Dr Siouxsie Wiles looks at a new study that compares managed isolation systems between Australia and New Zealand. Wellington local politicians Tamatha Paul and Thomas Nash make the case for taking back public transport systems from private owners. I report on a new study that shows a key ingredient in kombucha can also dramatically reduce E Coli levels in dairy effluent. Justin Latif sits in on a district licensing committee hearing, to better understand how decisions are made about liquor stores. And The Fold meets two teenargers tackling social issues with a magazine, that gets sent out to every secondary school in the country.

For a feature today, a harsh denunciation of a ruling class that allowed India’s Covid outbreak to get so bad. Writing on the Guardian, author Arundhati Roy has described both the conditions the country is currently facing, and outlined how it didn’t have to be like this, were it not for negligence, corruption, and an increasingly authoritarian crackdown on the truth. Here’s an excerpt:

As this epic catastrophe plays out on our Modi-aligned Indian television channels, you’ll notice how they all speak in one tutored voice. The “system” has collapsed, they say, again and again. The virus has overwhelmed India’s health care “system”.

The system has not collapsed. The “system” barely existed. The government – this one, as well as the Congress government that preceded it – deliberately dismantled what little medical infrastructure there was. This is what happens when a pandemic hits a country with an almost nonexistent public healthcare system. India spends about 1.25% of its gross domestic product on health, far lower than most countries in the world, even the poorest ones. Even that figure is thought to be inflated, because things that are important but do not strictly qualify as healthcare have been slipped into it. So the real figure is estimated to be more like 0.34%. The tragedy is that in this devastatingly poor country, as a 2016 Lancet study shows, 78% of the healthcare in urban areas and 71% in rural areas is now handled by the private sector. The resources that remain in the public sector are systematically siphoned into the private sector by a nexus of corrupt administrators and medical practitioners, corrupt referrals and insurance rackets.

In sport, Joseph Parker’s boxing career has gone another round without being knocked out for good. But his weekend points win over Brit Dereck Chisora has been described by Stuff’s Duncan Johnstone as “unconvincing” and an effective repeat of many of his previous fights, showing little development despite switching trainers. The fight also involved Parker suffering a first round knockdown. “His heart and resilience can’t be denied as he worked his way back into the fight from that first round shock. But right now he still looks a step down from the top tier of the division, just as he did before,” wrote Johnstone.