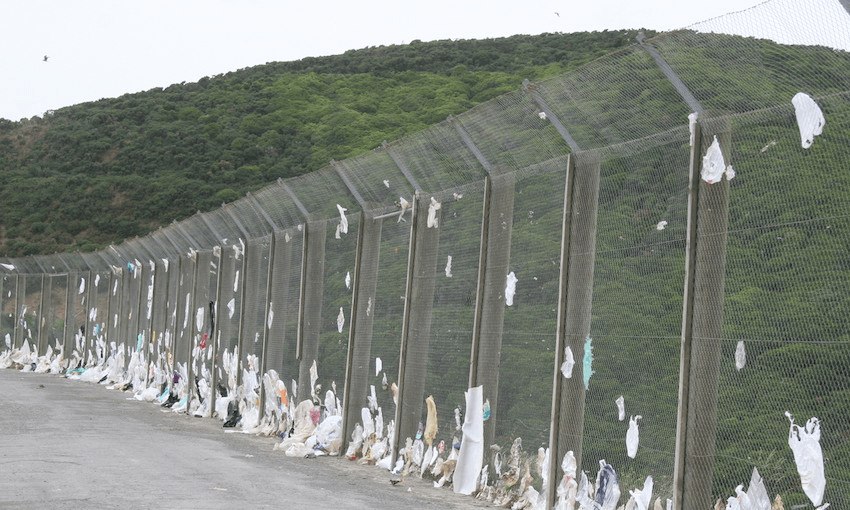 Catch them if you can. Image: Supplied

The Bulletin: Will a plastic bag ban work?

Catch them if you can. Image: Supplied

Good morning, and welcome to The Bulletin. In today’s edition: Like it or not, a plastic bag ban is coming, loan sharks are flouting laws, and Bob Jones is going to court.

A ban on single-use plastic bags is almost certain to be announced this year. Earlier in the week environment minister Eugenie Sage hinted to Newshub that legislation around a ban would be announced “in the next few months.” And then yesterday, PM Jacinda Ardern told One News that the moves would begin “very very soon.” Newshub’s Tova O’Brien says the messaging on it has been confusing, and she’s not wrong. But like it or not, this ban is happening.

Some companies are already moving to cut down on their plastic waste, with Radio NZ reporting that 12 signatories to the NZ Plastic Packaging Declaration, have “committed to using 100 percent reusable, recyclable or compostable packaging in their operations by 2025 or earlier.”

But here’s a thought – New Zealand’s problems with waste go far beyond plastic bags. For example as this Stuff piece points out, even in a compostable bag, rubbish that ends up at the dump is still rubbish. There are only 11 facilities in the country that can process compostable bags, which means that for huge swathes of the country, that’s exactly where they’ll go. Greenpeace are saying the pledge from the companies missed out the crucial aspect – reduction of packaging altogether was the best way forward. That’s covered in a cheat sheet on the issue on The Spinoff.

Sir Bob Jones has filed a defamation suit against filmmaker Renae Maihi, over a petition she started calling for him to be stripped of his knighthood, reports the NZ Herald. The petition followed a column written by Jones, in which he suggested instead of Waitangi Day, the country should celebrate ‘Māori Gratitude Day,’ among other comments that Maihi said were racist. The petition was signed by almost 70,000 people, and was delivered to Parliament – we published this report on The Spinoff about the delivery of the petition.

National’s Judith Collins has hit out at Housing NZ’s move to let drug users stay in social housing, reports the NZ Herald. The agency has back-pedalled significantly on an earlier policy that resulted in evictions, due to residue of methamphetamine being detected. Instead of going to the police, Housing NZ will refer drug-using tenants to addiction services, a move which Collins says “sends the wrong message.”

The whole meth contamination scandal has dominated perceptions of Housing NZ in the last fortnight, but it’s just the tip of the iceberg. That’s the argument made by community lawyer Joseph Nunweek on The Spinoff, in a must read piece that details what appears to be a deepening callousness and contempt for tenants at the organisation. By definition, Housing NZ tenants are most likely to be in vulnerable situations, and Nunweek argues they have been utterly let down.

This is a remarkable bit of document sleuthing from Politik’s Richard Harman, who has dug through the papers dump around the oil and gas exploration ban to raise this question: Did NZ First agree to support the ban, in exchange for the Green Party’s support on the waka-jumping bill? Because of redactions in the documents, no firm conclusions can be drawn, but regardless it’s a fascinating glimpse into how decisions are being made between the three governing parties.

The first train on the Napier to Wairoa line in six years has rolled out of the depot, reports Radio NZ. It didn’t make it to Wairoa, rather it was carrying crushed rocks that will be used to fix damaged sections of the mothballed line. It’s expected to be ready by the end of the year, and all going to plan will take approximately 5500 logging trucks off the road every year.

EQC have been slammed in a critical report on their dysfunctional systems, in the wake of the Christchurch earthquake, reports The Press on their front page today. Unhappy insurance claimants hope the report will be the shove EQC needs to fix itself. To give an example of the organisational culture being addressed, one of the recommendations in the report is that EQC staff should be required to be respectful and honest with customers. Would that not already be a given?

Right now on The Spinoff: Samuel Flynn Scott writes about the golden age of Wellington’s cheap eats scene. Madeleine Holden writes about the pressure put on junior lawyers to keep quiet and not rock the boat when seniors harass or abuse them. And remember that announcement that was teased yesterday? The Spinoff is getting a TV show! It’s going to be hosted by Leonie Hayden and Alex Casey, and it’s going to be very, very cool.

Right, so, Matariki being a public holiday: Your feedback has come back and it is overwhelmingly in favour. Now bear in mind, this is not a scientific poll, and shouldn’t be taken as an expression of nationwide support, or anything like that. But it is still an interesting response for sure.

So, what did you have to say? A range of people suggested that it should replace Queens Birthday, and that the fireworks from Guy Fawkes should be repurposed for use in midwinter. People also suggested that it would be a good celebration of Māori identity and cosmology, which isn’t really marked by the calendar of public holidays. The idea of “learning seasonality” was also appealing to some respondents, and having a festival to mark the middle of winter.

There was one dissenting view – a respondent who said it would be a “racially motivated move as it further drives a wedge between Māori and every other New Zealander.”

My personal view is that it should happen, and moreover, it will happen, within the next five years. I’ve set out how and why that will be the case in a mostly-serious piece for The Spinoff.

If you haven’t yet watched the first State of Origin game and are trying to avoid spoilers, look away now:

It’s being described by the Sydney Morning Herald as a ‘new dawn’. The NSW Blues have beaten Queensland in game 1, with signs that the fabled Maroon dominance of the series might be coming to an end. Despite having 11 Origin debutants on the park, NSW looked more steady and secure in recording the 22-12 win, and have the chance to lock the series up in game two on home Sydney soil.

And the first All Blacks test team of the year has been named, and early morning Maccas eater Jordie Barrett is in, reports Stuff. Sam Whitelock will skipper a team with plenty of fresh faces in key positions for the game in Auckland this Saturday night.

Finally, New Plymouth’s Yarrow Stadium has been condemned due to earthquake risks, reports Stuff, just a few months out from Taranaki’s season starting. It’s horrible timing for the province, who are current holders of the Ranfurly Shield so could have expected big crowds. At this stage, their pre-season defences will be held in Hāwera and Tikorangi, just south of Waitara.