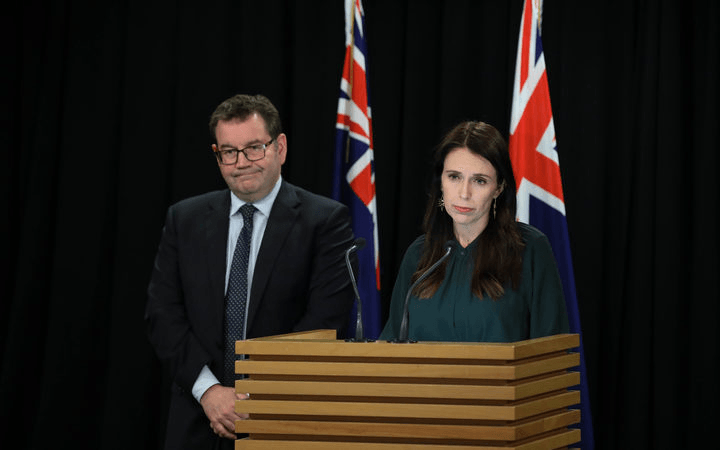 Good morning, and welcome to the Bulletin. In today’s edition: Government prepares ground for a no-treats budget, Waikato DHB pulls out of expensive app failure, and a controversial immigration programme put on hold.

The government is preparing the ground for a treat-free Budget by pointing to the situation they inherited. At yesterday’s post-cabinet press conference, PM Jacinda Ardern and finance minister Grant Robertson argued the state of education and health infrastructure was worse than expected, reports the NZ Herald. Despite that, Robertson was adamant the government would keep trying to pay down debt, in this interview with Greg Boyed on Newstalk ZB – as they are required to do as part of their self imposed so-called Budget Responsibility Rules.

On that point about Labour’s lack of room to move fiscally, Richard Harman at Politik says it explains why Labour was so keen to fund their transport plans with a fuel tax. He goes deep into the detail of how the health sector is faring, and how under stress it is. On the Herald, Claire Trevett suggests the statements of the government might be an exercise in softening the public up for more, or new taxes. And on Radio NZ, Benedict Collins reports the government is likely to drip feed out more stories of underfunding, similar to the Middlemore Hospital story of mould in the walls that shocked many.

The narrative the government is pushing is one of repairing a crisis in the health sector, reports Stacey Kirk on Stuff. But she notes on possible fix the government will not consider are public-private partnerships, as was suggested by Simon Bridges on TVNZ’s Breakfast. And speaking of the health system, nurses took to the streets in Wellington yesterday as part of their campaign to raise wages, reports Radio NZ.

The Waikato DHB have pulled their SmartHealth app, after far lower uptake than expected, reports the NZ Herald‘s Hamilton based Natalie Akoorie. The app, which was meant to connect primarily rural users with doctors, cost $18.8 million in taxpayer money over the period it was used. It’s being blamed on disgraced former CEO Nigel Murray, and former board chair Bob Simcock, who allegedly rushed the proposal for SmartHealth through board approval.

The immigration minister has put a controversial programme on hold, reports Radio NZ. Immigration NZ’s data pilot programme targeted overstayers, and minister Iain Lees-Galloway insists nationality or ethnicity weren’t categories considered in the programme, as originally reported. But, he says officials need to double-check the data is being used legally.

The ombudsman has ruled largely in favour of the Defence Force withholding information about events detailed in the book Hit and Run, reports Newshub. Peter Boshier says the NZDF was justified in withholding sensitive details that journalists and activists were trying to get at through the Official Information Act. But Boshier also recommended the NZDF do release more information relating to the insurgents that were killed during the operation.

MPI is being accused of treating a farmer who had to slaughter his cows “appallingly,” reports the Otago Daily Times. It relates to the mycoplasma bovis cull, in which 22,000 cows will be killed to prevent further spread of a cattle disease – here’s a Spinoff cheat sheet with more details. Farmer Ken Wheeler, who never had the disease on his property but was directed to cull regardless, says he’s now fighting for fair compensation, and has sympathy for the other farmers who will shortly have to start culling their cows.

Taika Waititi’s citizenship has been revoked after he described New Zealand as racist. Well, no, not really, and I’m paraphrasing his comments somewhat, but the reaction has been absurd. For the original source of the brouhaha in its proper context, read the interview on Dazed and Confused.

“I mean, I think New Zealand is the best place on the planet, but it’s a racist place. People just flat-out refuse to pronounce Maori names properly. There’s still profiling when it comes to Polynesians. It’s not even a colour thing – like, ‘Oh, there’s a black person.’ It’s, ‘If you’re Poly then you’re getting profiled.”

Because it’s important to include balance, The Spinoff has compiled evidence to prove that New Zealand is not, in fact, racist. See for yourself how conclusive it is.

Right now on The Spinoff: An open letter to Aussie rugby star Israel Folau, who made anti-gay comments, that Tuiloma Lina-Jodi Vaine Samu says can cause fear, backlash and hatred. Emily Writes has hit out at coffee chain Mojo for blaming a price rise on the minimum wage increase. And I spoke to new Green co-leader Marama Davidson about radicalism, Gaza, and leading exercise classes.

Every reporter gets something wrong at some stage during their career, and probably plenty of things wrong at that. Sometimes they’re down to sloppy work, sometimes they get played. Sometimes they go into a situation with preconceived assumptions that turn out to be wrong. Buzzfeed Editor-in-chief Ben Smith made all of those mistakes, and more, as a junior reporter in Belarus around the turn of the century. But the piece he has written, going back over the stories he botched, and the lessons learnt, should be cathartic for any reporter who has ever screwed up.

“The direction of history wasn’t quite the one I had imagined. I felt shattered, though I also should have known better: Nothing in my reporting actually hinted at any other outcome. It dawned on me that what I had brought to Belarus from Yale and Indianapolis was laughably inadequate.”

The piece should be a great insight too for those who aren’t in media and journalism. Sometimes people get things wrong in every field, but in journalism those mistakes can have profoundly dire consequences. It will hopefully be a reminder that every journalist is always trying to improve.

In sport, commiserations to weightlifter Laurel Hubbard, who suffered a nasty elbow injury while going for gold at the Commonwealth Games. There’s no such thing as a good injury for an athlete, but not every athlete has a photo of their injury go viral, or have said injury celebrated on social media, as some have been doing in this case. All decent people will of course be hoping for a full recovery.

Suzanne McFadden on Newsroom has an outstanding rundown on why the Silver Ferns are suddenly losing so much. Muddled thinking from coaches, inexperience among players, complacency, it’s all there, and written by someone who has followed this sorry saga all the way through. But hey, at least the Silver Ferns beat Scotland last night.

And in Napier, work has started to replace the turf at McLean Park, reports One News. The ground hasn’t been used since a drainage debacle in February last year, and the plan is to have it ready to go in time for spring rugby.