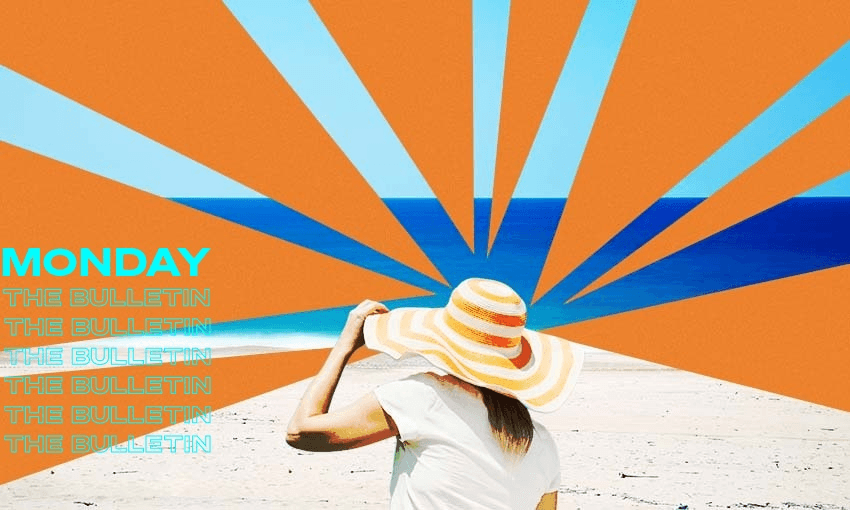 Five big stories from this summer

The Bulletin returns for 2022, catching you up on what you might have missed, Justin Giovannetti writes.

Welcome to 2022. Hopefully you enjoyed a restful summer holiday with family, sunshine and some time away from the news. Here are some stories you might have missed over the summer period or only heard briefly on the car radio.

The rise of omicron has changed Covid-19 again. Seen from New Zealand, the new variant could look like more of the same awful. Another wave of unfathomable case numbers across the world followed by overwhelmed health systems. Omicron is different from delta before it. Its symptoms are milder at an individual level, but it’s incredibly contagious, making it a more collectively dangerous variant. Millions have been infected across Europe, North America and Australia in recent weeks. As the BBC reports, the WHO has warned half of Europeans could be infected within weeks. For the immunocompromised and elderly, those are not comforting words.

The new variant is sure to dominate discussion around the cabinet table later today. The prime minister said yesterday that she has requested health advice on omicron and expects that it’ll call for a “cautious” approach, centred on keeping the variant out of the country. There have been 471 cases detected at the border over the past 21 days, most of them likely to be omicron. According to the NZ Herald, officials are now trying to predict when omicron will break into the community. The new arrival could displace delta as the dominant variant in the country in as little as two weeks, they warn. Jacinda Ardern said that it’s a question of when, not if, omicron arrives.

A change to home loan rules has left a string of baffling stories. There wasn’t a lot of attention paid to changes to the Credit Contracts and Consumer Finance Act that came into force on Dec. 1. The new rules were meant to protect vulnerable borrowers from unethical lenders. As the NZ Herald reports, the government has now launched an investigation into what happened next: Major banks used the CCCFA rules to dive deep into the finances of first-home buyers, question their purchases and go so far as cancel pre-approved mortgages.

There’s been a number of stories that boggle the mind since then. One first-home buyer was told he was spending too much on his dog and the bank reduced his pre-approved mortgage, so he now has the equivalent of a 57% deposit. Another with a 20% deposit was told he was spending too much on petrol, so he’s no longer visiting his parents. He also had to cancel his gym membership. A Dunedin homeowner’s $187 Christmas shopping at Kmart saw her application for a mortgage rejected. The bank also raised concerns because her husband buys a drink at the dairy every day on his way to work. The number of approved mortgage applications has fallen sharply since the start of December.

2021 saw a record number of housing consents. Consents for new houses broke all-time records for nine months in 2021 as builders and councils kept pushing through approvals. The year’s consents were up 26% over 2020. As RNZ reports, Auckland saw 20,384 of 48,522 new dwellings approved, mostly in higher density townhouses and apartments. In five years, the number of multi-unit builds has tripled according to StatsNZ. The second largest tally for consents was in Canterbury with 7,526 approvals. While the number of consents is at a record high across the country, the total still trails the 1970s building boom when you compare the number of builds to the size of the population. Experts told Stuff that the consent boom could be ending as the construction industry faces growing constraints, in both builders and material, that likely means not all approved dwellings will be built.

European leaders warn that the continent faces its first real war threat in three decades. Over 100,000 Russian troops remain ready on the Ukrainian border and western officials warn an invasion could be imminent. This weekend alone, there have been large cyberattacks on Ukraine and the White House has warned that Russia has placed operatives in eastern Ukraine to create a pretext for war. It’s a Tom Clancy thriller in the making. Reuters reports that talks between Nato and Russia to defuse the situation were largely unproductive, but both sides are still talking and that’s good. In central Asia, Russia’s president said there would be no more democratic revolutions in the old Soviet Union and sent troops to Kazakhstan to put down mass protests. The Economist (soft paywall) writes that the situation in Kazakhstan is far more unstable and complicated than it seems.

2021 was New Zealand’s hottest year on record. The average temperature last year was nearly a degree above the average of the three decades ending in 2010, according to Niwa. Stuff reports that Auckland was the warmest major centre, Dunedin was the coolest, Wellington the wettest, Tauranga the sunniest and Hamilton the most cloudy. Seven of the past nine years have been the warmest on record and the trend is expected to only get hotter. While leaders at parliament have indicated this will be a big year for climate change policy, they only need to look to the thermometer if they require more motivation.