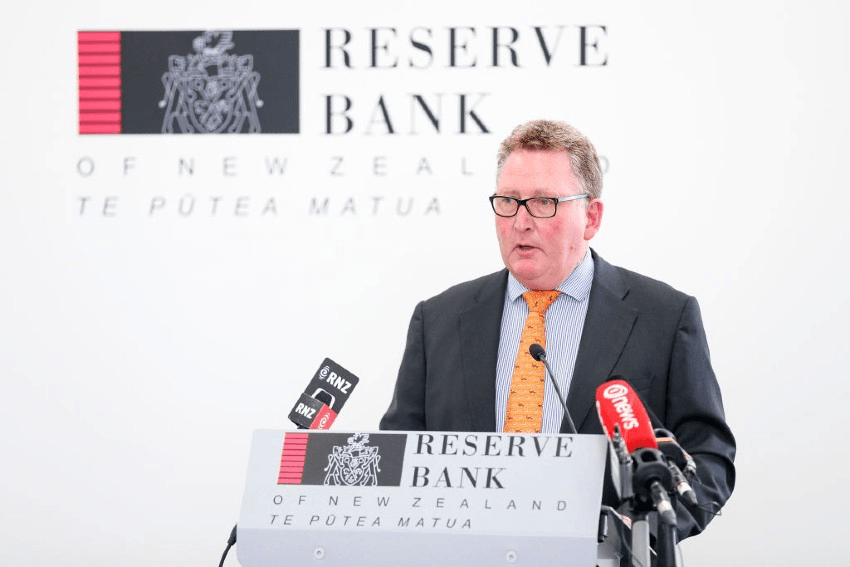 They’re probably not the sort of numbers you’d pop champagne over, but the NZ economy has avoided falling into a recession. The NZ Herald reports it was up 1.6% for the quarter, after a 1.0% fall in the previous quarter – technically the definition of a recession is when GDP falls two quarters in a row. Those are somewhat dry figures, and as always GDP is just one number to measure economic health, but in general terms it suggests economic activity is ticking along. This is particularly because the March quarter (which was just announced) is traditionally the time when international tourism has the most impact, though that hasn’t been possible this year. Annual GDP was still down 2.3%, dragged by the impact Covid had in 2020.

When that happened, the Reserve Bank slashed the Official Cash Rate to stimulate the economy. And now, economists are increasingly of the view that it’s time for the OCR to start coming up again. Interest reports the economists at ANZ, Kiwibank and ASB are now convinced that there will be a lift in the OCR early next year, which is ahead of what was previously forecast. This could have knock-on effects, particularly for the housing market, which is arguably being fuelled at the moment by very cheap credit.

And what about the border? This is something of a two-parter, including the vaccine rollout (more on that below.) Politik (paywalled) has reported on fears that within the good headline number, the actual picture might be “structurally ugly”, particularly because of the labour shortage. The government is currently tasking experts with figuring out how and when the border can be reopened safely, and what the vaccine rollout will mean for that.

Commercial fishing operators will no longer be able to discard fish overboard, in a major rule change for the industry, reports Newshub’s Michael Morrah. Discarding meant that skippers could return undersize fish to the sea, though most of those fish end up dying regardless. Cameras will monitor whether the new rules are followed. It is one of several major changes in the pipeline for the industry, with work currently underway over increasing the size of protected areas in the Hauraki Gulf, and a proposed inquiry into migrant worker conditions on vessels.

Demonstrators have been arrested on Waiheke Island, after trying to halt a marina development over concerns for the habitat of kororā/little blue penguins. One News reports the developers say their work was not disrupting the habitat, and that the protesters “chose to put themselves in harm’s way”. There was also an out of court settlement reached between protesters and the developers after a long legal battle over the Kennedy Point marina, which included an assurance that the kororā protection plan would be strengthened.

A group of Invercargill council housing tenants are forming a residents association in response to their rents being jacked up, reports Luisa Girão for the ODT. They say the rent increase – 35% over two years – will impact them significantly, particularly the elderly tenants on fixed incomes. They have no ability to overturn this decision, but say that the association will help them communicate more effectively with council in the future. The rent is being raised to cover improvements to the homes, including those required to meet healthy homes standards.

An incredible piece about one of the strangest and most unsettling buildings in the Auckland CBD: Sam Brooks has walked through the largely empty halls of Skyworld, formerly known as the Force Entertainment Centre, which opened two decades ago to massive fanfare. But since then, ownership changes and businesses pulling out have taken a toll, leaving only a confusing labyrinth of escalators behind.

Kāinga Ora and media company NZME have been pinged for running unmarked sponsored content on the OneRoof platform. Stuff’s Henry Cooke reports the price tag for these placements came to $25,000 a month, and a disclaimer was only added after media inquiries were made. National’s housing spokesperson Nicola Willis said it was “a secret jack-up between the Government’s housing arm and a media provider to make what are ads look like genuine news stories.”

Why is this bad? Sponsored content is part of media now, we do it at The Spinoff, and as an aside I once successfully argued before a judge that it’s a legitimate source of media funding. But it is absolutely crucial for integrity and reader trust that it is always clearly marked as such, so that readers can make up their own minds on how much stock they put by the information in the article.

Right now on The Spinoff: Bernard Hickey writes about how our poor quality housing is both a health and climate risk. Michael Andrew runs down a list of places where it’s still possible to buy a house for less than $300k. Rachel Helyer Donaldson meets the new CEO of Kiwiwealth, who wants to change who gets access to investing. Tara Ward recaps a bigger than expected season finale of The Handmaid’s Tale.

And in Gossip Week, which in my view has been an absolute triumph: Writer and former NZ Truth reporter Redmer Yska recounts a pivotal moment for New Zealand’s grubbiest paper – losing the right to report on divorce proceedings. Leonie Hayden talks to Tweedie Waititi about the Māori use of waiata to share gossip and news. And Alice Webb-Liddall looks back at the best and worst of schoolyard gossip, and the frankly bizarre things that kids ended up believing as a result.

For a feature today, a delightful read about an unsung hero of the Lord of the Rings movies. You probably haven’t heard the name Brett Beattie, but you’ve definitely seen a lot of him if you watched the films. He was the stunt double for the actor who played Gimli – but as it happens, the quietly spoken Kiwi’s role ended up being much bigger than that. Here’s an excerpt from the piece on Polygon:

Beattie was doing far, far more than he ever imagined he would be when he first got involved with the Lord of the Rings films, and he was certainly going above and beyond what one might expect from a typical stunt performer. The rest of the cast knew it, too. This is where the tattoo comes in, as well as some of the more unsavory aspects of moviemaking.

With the encouragement of his seasoned movie star cast members, Beattie, who did not have an agent or any movie business experience, asked to get a screen credit befitting the amount of time and effort he’d put into Gimli. The producers agreed, saying that he was going to be listed in the credits as Gimli’s stunt, scale, and photo double. But a week later, he was told that he actually couldn’t be given the screen credit, due to “movie politics’’ and “concerns about preserving the illusion that is Gimli.” Beattie is listed in the credits, but just as a stunt performer. (Sean Astin’s book about his time filming Lord of the Rings, There and Back Again: An Actor’s Tale, confirms that Beattie almost got co-credit for playing Gimli.)

In sport, it all starts tonight. Well, in all honesty, the World Test Championship final quite possibly won’t actually start tonight at all, because the weather forecast for Southampton is terrible. It’s going to be a challenge for the players, but equally it’s going to be a challenge for the fans to stay up overnight repeatedly too – so to help you out, I interviewed a sleep expert for some tips on how to get through the game, and whether the whole Offspin podcast project we’re planning is a deeply foolish idea.