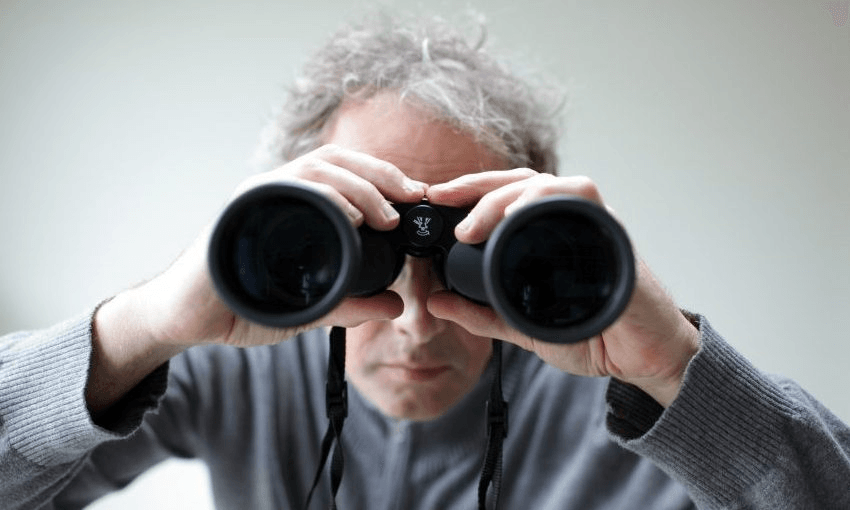 The Bulletin: Spies in spotlight for spy firm connection

Good morning, and welcome to The Bulletin. In today’s edition: SIS connection to spy firm Thompson and Clark probed, effect of capital gains tax debated, and yet another small town bank closing down.

The SIS is internally investigating concerns around bias towards security firm Thompson and Clark, reports Radio NZ. The concerns relate to emails, uncovered under the Official Information Act, which appear to show an SIS staffer assist Thompson and Clark in navigating security requirements. The emails are compelling, and SIS director general Rebecca Kitteridge says she’ll be investigating the relationship, as well as looking at processes around engaging with outside organisations.

Why is this a problem? Significant concerns have been raised around government departments using the services of Thompson and Clark to spy on people, for what largely seem to be political reasons. Two recent examples: Newshub broke the story around public money being used to pay the firm to spy on earthquake recovery activists in Christchurch, Greenpeace told One News Thompson and Clark were hired to spy on them. The State Services Commissioner Peter Hughes is widening his investigation into use of the firm to all government departments, reports Radio NZ.

Thompson and Clark’s activities have been going on for a long time too. Frances Mountier wrote in April that the firm have been infiltrating activist groups for more than a decade, since the days of the Save Happy Valley campaign. She argues that their business model is essentially to hinder democracy, which is concerning in and of itself. But far more concerning is the fact that government departments felt they needed a company to do this work at all.

A capital gains tax would lower house prices and raise home ownership rates, according to Westpac’s chief economist, reports the NZ Herald. A CGT is one of the issues the Tax Working Group is currently looking at. But National says they disagree with the analysis, with finance spokesperson Amy Adams telling the NBR the party remains opposed to a CGT, and that the best way forward on housing is to raise supply.

Meanwhile, some multi-storey apartments are being exempted from the foreign buyers ban, in a slight softening of the policy, reports Radio NZ. Both Singapore and Australia have now also secured exemptions, as the ban would’ve contravened existing agreements.

Motueka is the latest town to lose an ANZ branch, as the wave of bank closures continues. Stuff reports the nearest ANZ branch to Motueka will now be 40 minutes drive away in Richmond. Grey Power is furious, as they say the replacement ‘Smart ATM’ may not be easy for elderly people to operate, and they valued the in-person service at ANZ.

Golfers have lost the battle with Auckland Council over plans for Chamberlain Park, reports the NZ Herald. What was the battle over? The Eden-Albert Local Board wants to change the course from an 18-hole to a 9-hole, and open the rest of the park up for a wide array of other public facilities – Simon Wilson wrote about it for us last year. The pro-golf group, called Save Chamberlain Park, says the decision is a blow for “the working classes and others who rely on Chamberlain Park as a low cost and accessible place to play golf.”

The two major parties are at odds over who is to blame for nurses wanting more pay and better conditions, reports One News. National says Labour has inflated expectations for nurses, but Labour says the profession became unhappy during the last National government tenure. Meanwhile the nurses are still going on strike.

Councils around the country are looking at implementing a regional fuel tax, reports Newshub. The law was originally set up for Auckland, and ACT says the spread to other regions is a sign of unintended consequences in action. But right when Labour took office, Phil Twyford told Newstalk ZB that other regions would be welcome to use the legislation – they’d just then be accountable to their ratepayers if they did.

The repair bill of a Mt Wellington, Auckland apartment complex could set a new record, reports the NZ Herald. Costs have escalated to almost $44 million for the Mountain View complex, which was built in the late 90s.

And finally, congratulations to Radio NZ who have bagged a swag of awards at the New York Festival Radio Awards. One of them was for Guyon Espiner’s surrealist masterpiece of a pre-election interview with Winston Peters – a classic double act that has stood the test of time. Relive it here.

Right now on The Spinoff: Simon Day speaks to Sir John Kirwan about his love of Italian wines. We’ve got the first article in a new series from resident cartoonist Toby Morris, called Who Drew That – today he investigates who drew the infamous ‘Peach Teats’ billboard on State Highway One near Hunterville. A new episode of The Real Pod is out, to catch you up on all the reality TV you pretend to not watch. And Hayden Donnell is working around the clock on the live blog on whether or not PM Jacinda Ardern has given birth – as yet, she has not.

Angela Merkel’s days as the leader of Germany could be numbered, as a coalition battle in her government intensifies. The issue in question is migration and asylum seekers – Merkel has always been an advocate for one of the more humanitarian systems in Europe. But that has been unpopular in Bavaria, and now the leader of the main regional party that props up Merkel’s coalition is making waves and pushing for a more hardline policy.

Is this relevant to the rest of the world? Absolutely. Merkel is a politician with conservative personal beliefs, but has emerged as the leader of the more liberal (some would say neoliberal) world order, in contrast with the autocrats that seem to be rising up everywhere else. Here’s an excerpt from Spiegel Online, outlining her relevance.

“It’s an important question. After all, the world is currently in chaos. There has never before been a U.S. president who has questioned the very principles of the global order – the UN, NATO, the WTO – to such a degree. Yet, at this crucial time, the German government is being held hostage by a regional party that fears losing its majority in the Bavarian state elections in October. And it’s glaringly obvious that Merkel does not have the strength to quell this rebellion once and for all.”

The Football Ferns coaching saga just isn’t going away. The latest comes from two articles on the NZ Herald. In the first, Michael Burgess reveals that ten (10!) Football Ferns players have written letters to NZ Football outlining concerns with the approach of coach Andreas Heraf. That’s an astonishing number, on top of the high profile resignation and subsequent criticism from former captain Abby Erceg.

In the other story, Declan Edge – the technical director of one of the country’s top football academies – says he’s considering encouraging his young players to avoid becoming part of the national setup. The reason? Heraf is the wider technical director for NZ Football, and his ultra-defensive style is being pushed for all representative teams. There’s a serious mutiny underway among the local football community, and it has the potential to seriously derail NZ’s contribution to the international game.

Fortunately, there might be a way out of the mess for NZ Football – it turns out having Heraf in both jobs flouts a FIFA directive, reports Stuff. Because each job has different incentives, FIFA recommends they are held by different people. Perhaps the best option would be just to remember the existence of the directive.

And in the other football, Japan has become the first Asian team to beat a South American team at a World Cup, after taking down Colombia 2-1. Out of the final two teams to get their campaign underway, Senegal beat Poland.