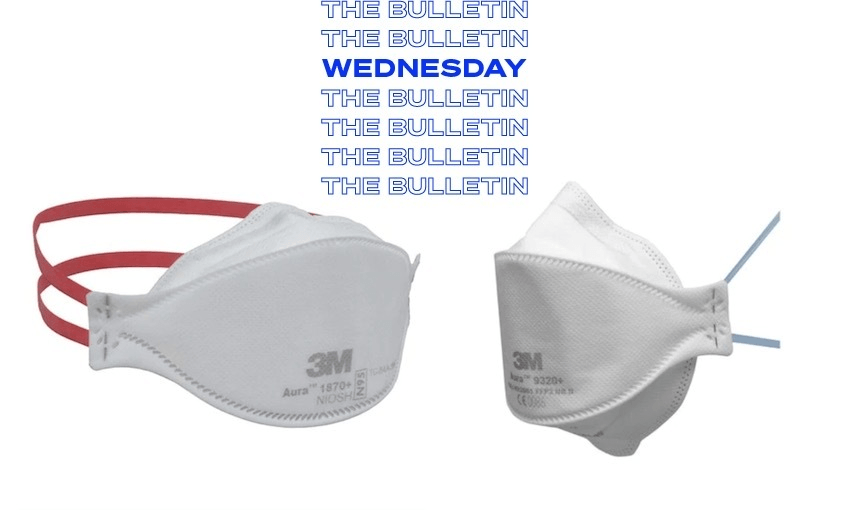 Rapid antigen tests won’t be made available to the public, with the prime minister saying essential workers will get the limited supply, Justin Giovannetti writes.

The government’s months-old rule allowing any kind of face covering is over. Workers covered by a vaccine mandate will need to wear a medical-grade mask or N95 respirator within nine days, the prime minister announced yesterday, while people visiting restaurants or other businesses will need to wear a proper mask. A scarf or bandana pulled up over the face won’t do it any more. As One News reports, Jacinda Ardern said the science on mask use has changed and people need to up their game. While experts have been warning for weeks that cloth masks no longer protect against omicron, the government’s latest tightening of the rules hasn’t yet forbid their use by people not covered by vaccine mandates.

Rapid antigen tests will be rationed for essential workers in isolation. While millions of rapid tests are now entering the country, Ardern said yesterday that they won’t be made widely available to members of the general public. As The Spinoff’s live updates reported, with 83 million of the tests on order, only 14 million will arrive by the end of February. What rapid tests the country has will be held back to secure New Zealand’s supply chains and help essential workers, especially those in the country’s food system, exit isolation quickly. For the rest of the population, lab-based PCR tests will remain the default option – except for unvaccinated domestic air travellers, who still have access to rapid tests.

The Spinoff’s Covid data tracker has the latest figures.

Despite the prime minister’s direction that the public not use rapid tests, demand is likely to surge in the coming weeks. The Waikato Times offers a peek into the kind of requests likely, with the regional council seeking to allow unvaccinated councillors to attend in-person meetings as long as they can show proof of two negative rapid tests.

A flaw in the government’s testing plan. To boost PCR testing levels, labs will be able to surge up to 77,600 tests daily for up to a week according to One News. That’s nearly double the rate during the delta outbreak. As Dileepa Fonseka writes for Stuff, that testing level is based on pooling samples together and testing a batch at once. While that’s a good approach when there’s little Covid-19 in the community, omicron is likely to spread quickly. When that happens, the pooling system stops working and testing capacity falls quickly as labs need to look at each sample separately. That’s what happened in Australia.

Isolation rules are likely to be shortened in the coming weeks: Baker. If you get Covid-19, you’re now expected to self-isolate for 14 days. Michael Baker told RNZ that while that length of time makes sense at the moment, it’ll need to be shortened in the future to as few as seven days. The epidemiologist said that omicron’s shorter incubation time, of about three days, has led to a drop internationally in isolation periods. Another rule that requires household contacts to isolate for 10 days following the end of an infected person’s 14 day period, a total of 24 days, could also be changed.

The education minister has conceded his previous plan to improve school ventilation, open windows, needs some assistance. Students returning to school might soon see a new addition in classrooms as the government has ordered 5,000 portable air cleaners to combat omicron, Stuff reports. The education minister had ruled out a similar purchase as recently as last month, citing the prohibitive cost. Opening windows and doors is free, he told reporters before the Christmas holiday. The ministry then conducted research that found that air flow is essential and windows aren’t always enough. Most of the filters now won’t arrive for some months, with 500 expected in March and the rest in June. The country has over 2,500 schools, so most classrooms won’t get one.

The government will unveil its plans this afternoon to combat omicron once it grows to being a sizeable outbreak in the community, with new rules on isolation and testing.