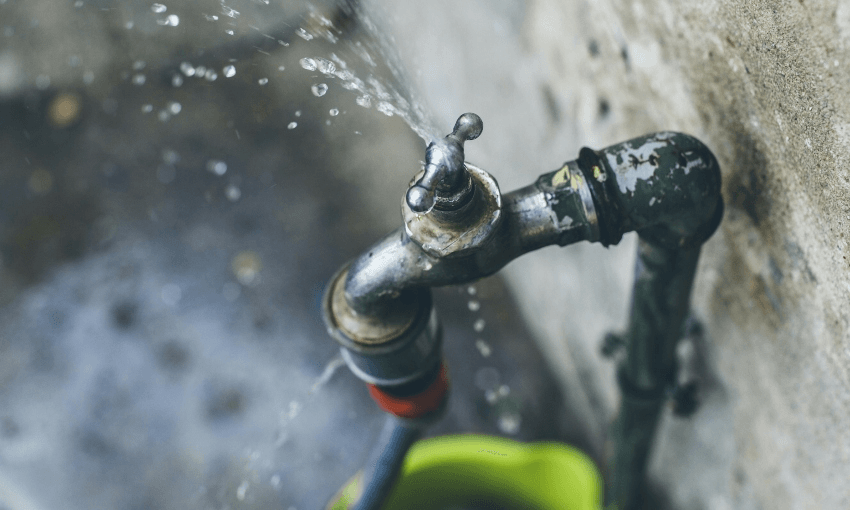 Good morning and welcome to The Bulletin. In today’s edition: Saving water becomes crucial amid drought, means testing Super back in the news, and a hard look at a Special Purpose Vehicle.

Aucklanders need to get serious about saving water or restrictions will come in. Newshub reports that’s the message from Watercare, who say that it’s not so much a matter of the restrictions happening now, but a case of them being put in place either later this summer or very early next summer. Right now water use is skyrocketing, so think carefully about how you’re using it around the house, and how it can be limited. And I’m paraphrasing here, but looking at the climate change affected future it’s likely going to be a case of cooperation or compulsion – we’ll either work together to save water, or be forced to by the authorities. Hopefully the biggest water users take that message on board before it’s too late, but either way Stuff has some tips for how everyone can pitch in.

Speaking of the big drought, it’s way worse further north. In fact, Newshub reports that it is now being called the worst on record by Far North mayor John Carter. The army has been called in to help distribute water to those most in need, and to give a sense of how serious this is – Stuff reported earlier in the week that some small coastal towns are at risk of their water becoming too salty to drink. Two Northland iwi, Te Rarawa and Ngāi Takoto, have also offered to divert water intended for their farm to slake the thirst of Kaikohe and Kaitaia, reports Radio NZ.

Like struggling cricketers, we might end up being saved by rain. Newshub reports that weather systems bringing water should arrive in March, and in areas that need it the most – as opposed to the vast volumes of rain that have fallen in already wet areas this year. But this summer’s drought should be seen as a wake-up call on issues of water storage, and hopefully one that has been heard. There was an announcement yesterday of $10 million worth of Provincial Growth Fund money for the small Eastern BOP settlement of Raukokere to build a storage facility, to help develop horticulture in the area. And for those in cities, it couldn’t hurt to invest in a rainwater tank, so that when it does fall it doesn’t get lost.

The idea of means-testing for super has flared up again, after a report from Checkpoint’s Nita Blake-Persen that showed there are now 30,000 people receiving that benefit while still earning more than $100k a year. That spending costs half a billion dollars a year, and is going to be who arguably need it least. However, not everyone agrees that a loss of universality through means testing would be the best approach – one idea from economist Susan St John was that it would be simpler to just tax people on those sorts of incomes at higher rates. Depending on how you slice it, superannuation could be considered as the biggest single piece of government spending, currently sitting at about $14.5 billion a year and rising.

Speaking of weird spending, there’s a bit of consternation around a model being used to finance infrastructure development. Interest’s Jenée Tibshraeny has looked into the Special Purpose Vehicle being used to build the infrastructure around a development at Milldale in Wainui, which will then be paid back through levies on property owners in the development. It’s a complicated sort of loan, and is potentially a more expensive and roundabout way of doing it, but does have the political advantage of keeping debt off government and Council books.

An alarming number of government plans to reduce emissions from transport have come to nothing. They’re torn apart in this searing op-ed from Newsroom’s Marc Daalder, who notes that even pledges that lacked ambition have now stalled. But gosh, haven’t we had some stirring rhetoric along the way.

There’s some drama going down at Victoria University over the shutdown of programming on the student radio station. It’s been reported by the Otago magazine Critic Te Arohi that Salient FM was effectively closed without consultation – VUWSA disagrees with that assessment. Salient’s multi-media element will now be aimed at podcasting. Speaking of Critic, their editor Sinead Gill spoke to Josie Adams about a controversial stance from the magazine to shun coverage of party politics in favour of issues-based reporting.

Green MP Golriz Ghahraman has revealed a diagnosis of multiple sclerosis. She told The Project that she has known about it for two years, and initially wanted to keep quiet about it, but realised that she could also do a lot of good for others with the condition by going public. There are various symptoms of MS which get worse over time, unless some really serious medication is taken, which Ghahraman says she is on. It must have been a really tough decision to speak about it, but a brave one to decide to do so.

Right now on The Spinoff: NZUSA President Isabella Lenihan-Ikin argues that students should be able to access an exemption from the Covid-19 travel ban. Toby Manhire commentates on Jacinda Ardern being on the cover of time, in light of a new index study on international ‘soft power’. Duncan Greive marks off a wild statistic about Six60’s time in the New Zealand music charts. Michael Andrew has a clear and thorough explanation of what media company NZME’s latest financial results show. Gareth Shute writes about a Kiwi company giving a much-needed jumpstart to early stage EV batteries. Alice Neville writes about behaviour change in the important area of food packaging waste – particularly the single use coffee cup.

And we put a Bulletin World Weekly out for full public view yesterday. As the name suggests, that’s the world news version of this newsletter, and you can read it here. Normally it’s exclusively for Spinoff Members, so if you want to start getting it every week you can sign up here.

For a feature today, a deeply involved but very interesting piece about expressways. The bloggers at Greater Auckland (which as a site is so much greater than just Auckland) have dived into the numbers around the Expressway network, and tried to figure out whether or not a massive expansion of the network would be a good investment. Their conclusion is basically that it depends on a range of factors, but other approaches might deliver similar traffic flow results for a much lower cost. Here’s an excerpt about the area between Warkworth and Wellsford:

The road will be 26km and has an estimated cost range of $1.7 to $2.1 billion, meaning it has an average cost of $65-85 million per km. This is much higher than many other four-lane highway projects and one of the reasons for this is likely to be that the project includes an 850m tunnel which they say is to avoid the need for a 150m high cut through the hillside. For a quick comparison, the Johnsons Hills tunnels just south of Puhoi are 340m, the Victoria Park tunnel is 440m and Waterview is 2.4km in length.

However while there are benefits to the project, they’re not that large as the traffic volumes are relatively low (12-15k vehicles per day) and over it’s length it only saves about 3 minutes of travel time. This means the Benefit Cost Ratio (BCR) for the project is just 0.7, meaning it returns only 70c for every dollar it costs to build.

The White Ferns will play one of their most important games of the year today. The T20 World Cup fixture against India is a chance to take a big step towards the semifinals, given the current state of the pool – India surprised Australia in their opening match, but realistically the Aussies will come back very strong. Spin will be a huge threat for India this afternoon, with Poonam Yadav in particular in devastating form. The match starts at the very convenient time of 5pm.

And looking ahead to the weekend, boxer Joseph Parker’s career effectively hangs in the balance. That’s the view of Newshub’s Brad Lewis, who has previewed the upcoming bout against journeyman Shawndell Winters. Who, you might ask? Exactly – it’s a long way from when Parker fought the likes of Anthony Joshua, and reflects how much his career has stalled in the last few years.