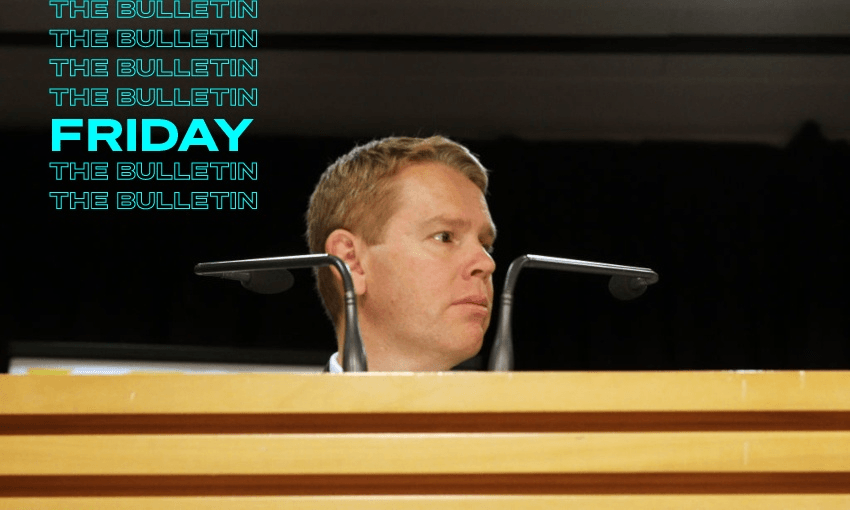 MIQ stays shortened from next month

The country’s tough border rules are being relaxed, but going directly home to self-isolate won’t happen until next year, Justin Giovannetti writes in The Bulletin.

It’s the beginning of the end of managed-isolation as we know it. Returnees will only need to isolate for seven days at border facilities from November 14, as the government has unveiled plans to begin slowly relaxing restrictions on travel. The end of MIQ won’t be speedy, as Stuff reports. For New Zealanders stuck overseas or those who want to travel to see family after nearly two years of isolation, the big changes won’t come until March next year, at the earliest. Until then, the move to halve the length of stays in isolation is expected to add an additional 1,500 rooms a month. There also won’t be a trans-Tasman bubble any time soon, with the prime minister comparing that to striking matches while standing in the middle of a wildfire.

So what’s the plan for MIQ? Starting in about two weeks, travellers will be tested three times in MIQ: on arrival, on day three, and on day six. After three negative tests they’ll go home on day seven and start self-isolating. On day nine, they’ll undergo a final PCR test and continue self-isolating until the test comes back negative. According to the government, only one in 2,000 arrivals tests positive for Covid-19 after day seven, so the risk to public health should be low. Unlike the reopening plan unveiled in August, this loosening of restrictions will only apply to residents and citizens, with no plans yet to allow for tourists, business people or students. As Andrew Geddis writes in The Spinoff, the change comes as the legal basis for the MIQ system has begun unravelling, with courts increasingly uncertain that the government has hit the right balance between rights and risks.

A look at the maths. After the changes were announced yesterday, I followed up with the team running MIQ to get a better sense of how many rooms will be freed up. There are currently 4582 rooms allocated in the border system. Of those rooms, 3742 have been booked by returnees while a further 840 have been set aside for community cases—over 200 Aucklanders are also self-isolating. Yesterday’s changes won’t really mean more spaces, an MIQ spokesperson confirmed: “We are hoping we can reinstate the level of rooms we had available for international returnees prior to the community outbreak in mid-August.”

What changes are coming next year? A more substantial change to the country’s border will come once all health boards have fully vaccinated over 90% of eligible people and the country transitions over to the traffic light system. After everyone takes some time to work out the kinks of the new system, in early 2022, restrictions will be further relaxed and fully vaccinated arrivals will be able to self-isolate at home. It’ll be just in time, because as Air New Zealand boss Greg Foran told Stuff yesterday, “the end of Covid is coming”.

It won’t come soon enough for a lot of people. Nash Forrester was one of thousands of New Zealanders watching yesterday’s announcement and wishing for more. The NZ Herald reports that he’s stuck overseas on an expired visa and can’t come home. He entered the MIQ lotteries without luck and applied multiple times for an emergency exemption to get into a border facility. He applied under a category for people sitting on expiring visas. Rejecting his requests, the government told the 21-year-old it doesn’t believe he’s exhausted all his options to get another visa. A number of you shared similar stories with me yesterday and I know these changes won’t be enough, but there’s some hope in the distance.