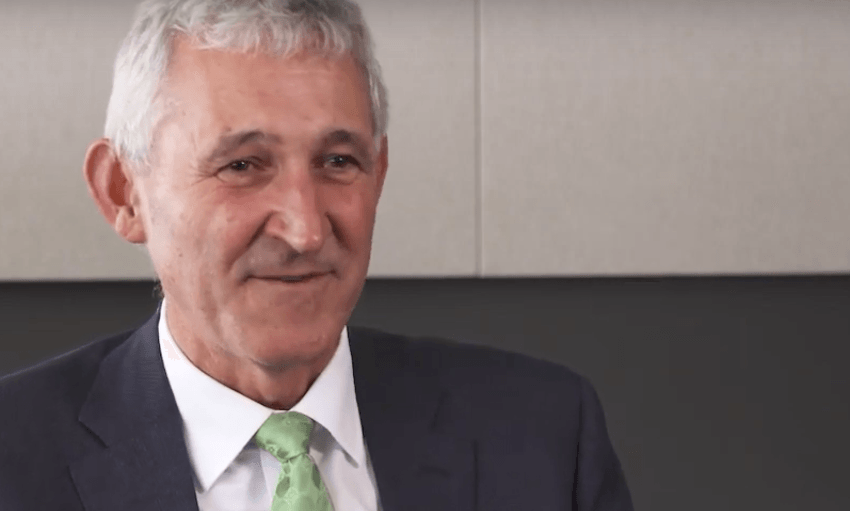 To lead us off today, a look at the AGM of a hugely important company. Ihumātao has been forced onto the agenda at Fletcher’s AGM for yet another year, reports Maria Slade for The Spinoff. Fletcher chairman Bruce Hassall defended how the company had operated during the dispute, downing tools at the request of the PM, and indicated a resolution was likely before the end of the year. They are the first substantive comments from Fletcher’s chair about Ihumātao. SOUL have been a regular presence at AGMs for the last several years, and this is arguably the most constructive engagement they’ve ever received back from the company – though as this Business Desk (paywalled) story notes, some of the engagement was flecked with tension.

Another topic that is on many minds right now is what will happen with the Sky City Convention Centre. That was a Fletcher building site before it went up in flames, and this longread from the NZ Herald’s Anne Gibson (paywalled) is a great explanation of what happens next. Fletcher believes it is fully covered by insurance, which will be an enormous relief to shareholders, as the demolition and rebuild costs are likely to be significant. That Business Desk (still paywalled sorry) story went into this a bit more too – there were concerns among shareholders that after a few poor years the company might now be facing another blowout. More information on how the fire will affect the finances will come in February, along with the interim results.

Another angle of note to come out of the AGM – Interest reports Fletcher Building is looking at applying what they’ve learned about modular systems in house construction, and applying it to apartments. That’s potentially a big deal for housing density projects generally, as currently the company doesn’t see investment in these sorts of buildings as an economically compelling proposition.

And finally, the bottom line. Radio NZ reports the AGM was told it had been a slow start to the year, and the company was still under financial pressure as a result. But it is still forecasting an underlying profit of more than $500 million, so that’s something for the shareholders to be happy about.

A partial way out of Australia’s disgraceful imprisonment of asylum seekers on Manus Island may have been found. Stuff reports influential Senate crossbencher Jacqui Lambie has suggested to the Australian government that she could back the repeal of a different piece of legislation, in return for New Zealand’s offer to take 150 asylum seekers being accepted. The Australian government has always refused that offer, because they believe it could offer a backdoor way for asylum seekers to get to their country. Depending on how debates go next week, it could be in place quite quickly.

More documents have emerged about how the NZ First Foundation was set up, reports Guyon Espiner for Radio NZ. The documents refer to how the foundation was set up, and record party leader Winston Peters as being present when the decision was taken to establish the foundation. It was apparently modelled on the National Foundation – relating to the National Party, if you haven’t heard of it. But the crucial difference (based on what has previously been reported) appears to be that National Foundation donors were declared to the Electoral Commission as regular party donors would be, whilst those donating to the NZ First Foundation were not.

If you’ve ever tagged off a bus at Wellington Station and then had to buy a new train ticket, you’ll understand the frustration here. Radio NZ reports a proposed new nationwide integrated public transport ticketing system is wildly delayed, with widespread problems in both technology and the NZTA itself, which is overseeing the programme. Reading through the passages about the internal NZTA workings are really eye-opening about public service projects can go off the rails. But in some ways, these major delays are nothing new – nationwide integrated ticketing has been promised for years now, and still doesn’t seem any closer to fruition.

Meridian offered a better electricity deal to the Tiwai Point smelter, before the parent company Rio Tinto went public with their ‘strategic review’, reports Hamish Rutherford for the NZ Herald (paywalled.) The exact terms aren’t clear, but the power generator confirmed they had put additional concessions in place. It very much makes it look like Rio Tinto are playing hardball. But if that strategy isn’t successful, what then? Former Green party co-leader Jeanette Fitzsimons has written on The Spinoff about what she would do with Tiwai Pt to both lower emissions and protect jobs, and like much of what she proposes, it is anything but business as usual.

A fascinating race looms next year in the Auckland Central electorate, with Green MP Chlöe Swarbrick keen to run against National’s Nikki Kaye, reports the NZ Herald. It’s an unusual swing electorate, arguably one of the most socially liberal in the country, and Kaye has seen off a lot of strong challenges since 2008, including two wins over Jacinda Ardern. For the Greens, last time the candidate local members selected was then-MP Denise Roche, which some commentators at the time questioned given Swarbrick’s recent relative success in the Auckland mayoral race. Putting on my pundit hat, I’d say it’s probably the only seat in the country the Greens would have any sort of shot at picking up, if they’re worried about falling under the 5% threshold – but obviously only if Labour chose to play ball.

Another strong story from the Local Democracy Reporter project, this time from Chloe Ranford at the Marlborough Express. It’s about a new bylaw which will ban quadbiking from a 45km stretch of coastline around the Aretere River, because the environment and threatened species are at risk. There’s damage from it every summer. But local fishermen are furious, because it will stop them from being able to access areas they otherwise would be able to get to.

Also: Sustainable NZ leader Vernon Tava responds to criticism about his new venture, and sets out why he believes there is a place for his party in the landscape. Jane Yee writes about the incredible unpreparedness that comes with raising twins. Tara Ward writes about Flirty Dancing, a new dating TV show that has seen some serious viral success online because of the incredible premise.

Finally, on a more sombre note, we’ve republished PM Jacinda Ardern’s speech in which she apologises for how the state handled the Erebus disaster 40 years ago. And our poem of the week is Erebus Voices, by Bill Manhire.

It is now almost impossible for the world to limit warming to 1.5C above pre-industrial levels, a damning new report from the United Nations shows. But as this article on Quartz notes, that’s no reason at all to give up. Here’s an excerpt that explains why.

The differences between life in a world of 2°C and 1.5°C of warming would be vast, according to scientists who wrote a UN Intergovernmental Panel on Climate Change report on the topic last year. Adapting to a 1.5°C global temperature rise would be less difficult, costly, and lead to less human harm. But letting the warming rise just a half-degree, to 2°C, would add an average of 4 inches of global sea level rise (10 centimeters).

The likelihood of an ice-free Arctic Ocean in summer would jump tenfold in that scenario, spiking from once per century to at least once per decade. “Coral reefs would decline by 70-90 percent with global warming of 1.5°C, whereas virtually all would be lost with 2°C,” the IPCC scientists wrote.

Meanwhile, mass species extinction would be avoided in a 1.5°C scenario. Limiting warming to 1.5°C as compared with 2°C would cut the risks to invertebrate animals and plant species ranges by half. For insects, keeping to 1.5°C cuts the risk by two-thirds. A half-degree makes all the difference.

A big moment for local UFC, with Kiwi Dan ‘Hangman’ Hooker confirmed as top billing for an upcoming event in Auckland, reports the Stuff. Hooker is ranked 7th in the world in the lightweight division, and he’ll be fighting 6th ranked Paul Felder, something of a veteran in the sport.  It’s another milestone on a long journey for Hooker, who begged to get on the card back in 2014 when UFC first came to New Zealand – he’s had to battle a lot to get here, but now has a chance to really jump into the top echelon of his division.