Last night, The Undoing didn’t just drop its finale, it dropped the ball on pretty much everything it had set up in its six episode run. Here are all the questions that will never be answered by this confounding show.

The Undoing has finished, and the biggest twist is that it ended up being an incredibly expensive, drawn-out episode of Law and Order: Red Wig Unit with more famous actors. For six weeks, the show set up more red herrings than a fishmonger, finishing last night with a big reveal that we all could have assumed from the start: Hugh Grant, at his most Paddington 2-esque, did it.

Yup, the main suspect did it after all.

But there are many, many questions that are yet to be answered about this perplexing limited series. A selection of these are below:

What were the opening credits? What were they meant to mean? Why was Nicole Kidman singing over them?

How quickly can Grace get access to a helicopter? How is Franklin that rich? And why did they rush into a helicopter anyway? What good was it meant to do?

Why did Jonathan not properly hide the murder weapon despite being a sociopath? He had three days in a motel by a lake to get rid of it!

Why did Elena kiss Grace?

Why did Elena paint Grace? Painting is a very expensive and time-consuming task.

Why did the show present Elena as just a bit weird rather than diagnose her, or give her the dignity of being more than just the hot dead lady? Who the hell was Elena Alves?

Why did Grace walk outside Elena’s apartment and why was this never brought up in the trial? Grace lives on the Upper East Side and Elena lives in Harlem – that’s an hour’s walk away!

Who else did Jonathan have an affair with? Was it Sylvia?

Why was nobody watching Henry on that final morning? Shouldn’t someone – Grace, Franklin, their various helps – have gotten him to school?

Why did Jonathan make up the conference in Cleveland if the murder wasn’t premeditated – and the final episode flashback strongly suggests it wasn’t?

Why did Franklin take a drive to Elena’s apartment? How did he know where she lived? 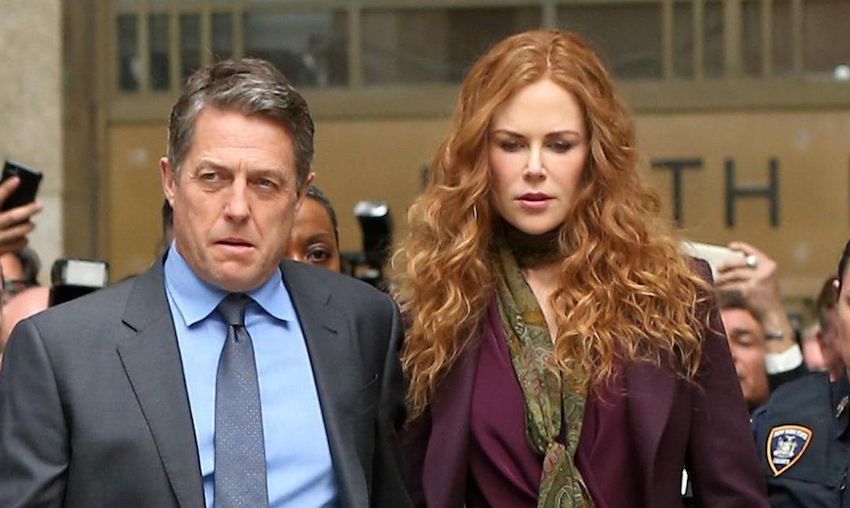 Hugh Grant and Nicole Kidman in The Undoing. (Photo: Supplied)

How did Henry manage to run the murder weapon, a hammer, through the dishwasher – twice – without anyone noticing?

Jonathan blamed Elena for getting him fired from the job he loved and he still carried on the affair for months more? Really?

Why did the New Yorker writer/legal analyst Jeffrey Toobin show up in episode five? And why was he heard, but not seen, in the final edit? (I’ll be honest, I know the answer to this one)

Why was the great actress Lily Rabe in this but given so little to do?

Why would a defence attorney as supposedly good as Hayley put a child whose mother has been brutally murdered on the stand out of nowhere, which is in no way going to inspire anybody to support her client?

Did we need to see the image of Elena’s face bashed in that much?

What was Jonathan doing for three months when he was meant to be working?

Did Grace ever go to work after the first couple of episodes?

How did Jonathan’s mum get her iPad facetime framing better than anyone her age ever has?

Why was nearly every “American” main character – including Grace, Henry, Franklin, Hayley, prosecutor Catherine and Jonathan’s first lawyer Robert – played by non-Americans? Why was Noah Jupe as Henry the only one to manage a decent American accent?

Why is Hugh Grant allowed to walk around with more lines on his face than an exercise book and yet Nicole Kidman is bringing us clean A4 printer paper face realness?

Why did the police not keep an eye on Jonathan, a clear flight risk, during the trial?

Where did Grace get all her coats? Does she still need them? I would like them.

Review: The Undoing is here to fill the Big Little Lies-shaped hole in your life