Not sure what’s happening in the British soap screening before the Ashley and Jacinda show? Wonder no more.

Every good prestige series needs a worthy curtain raiser, and lockdown is Emmerdale’s time to shine. It’s the long-running British soap that precedes the daily 1pm Covid-19 press conference on TVNZ1, which means many of us are turning on the TV at 12.55pm and wondering how this small Yorkshire village can be home to so much big drama.

Emmerdale screens on UK primetime television, but in New Zealand it’s tucked away in the daytime schedule, a delicious soapy treat usually sandwiched by 1News at Midday and afternoon repeats of Coronation Street. Lockdown has bought Emmerdale into the light, with TVNZ confirming that, since level four began, the regular 12.30pm Emmerdale broadcast has seen viewer numbers grow by 105%, with viewer growth heaviest in the second half of the show (12.45pm-1pm) at 140%.

These new viewers are about to discover what loyal Emmerdale fans like The Mad Butcher have known for years. 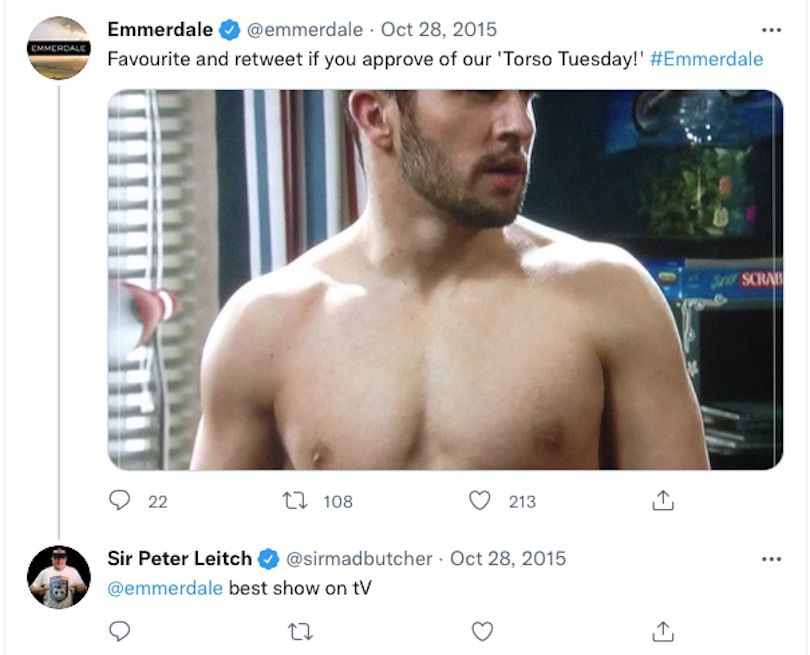 If you’re part of the 140% who only watch the last five minutes of Emmerdale before the 1pm press conference, and you’re trying to work out what’s happening, wonder no more. Emmerdale is a worthy warm-up to the real drama, so instead of doing your 1pm stretches and lunges, enjoy this educational roundup of the happiness and heartache, vomiting and violence that’s currently going down on Emmerdale. 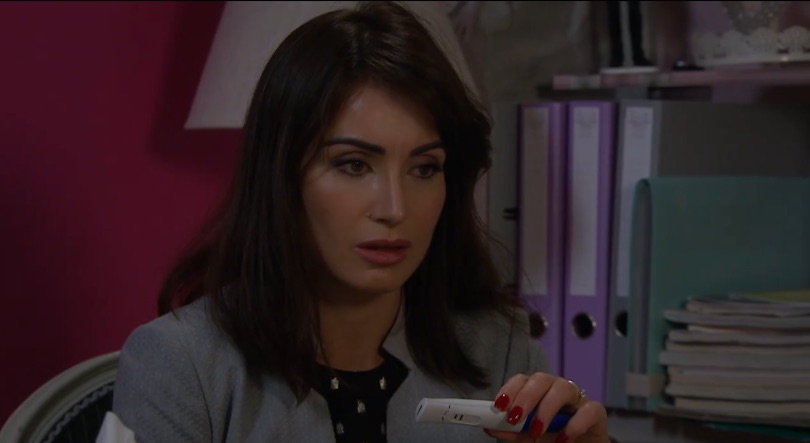 Wedding planner Leyla is unexpectedly pregnant, but it’s not a good time for a baby. She’s married to posh doctor Liam whose daughter Leanna was recently murdered, and she’s also arguing with her teenage son Jacob, who was dating Leanna when she died and whose stepfather is shop owner David, who is going out with Meena, the woman who secretly murdered Liam’s daughter by throwing her off a bridge. Got it? Good.

Leyla tells BFF Priya (who also has a child with grocer sperm king David) that she’s keeping her pregnancy a secret, because Dr Liam can’t handle any more surprises. A baby is hard to keep quiet, but Liam is grieving for his daughter while also working out how many wombs one shopkeeper can legally impregnate. He’s got a lot on his plate. 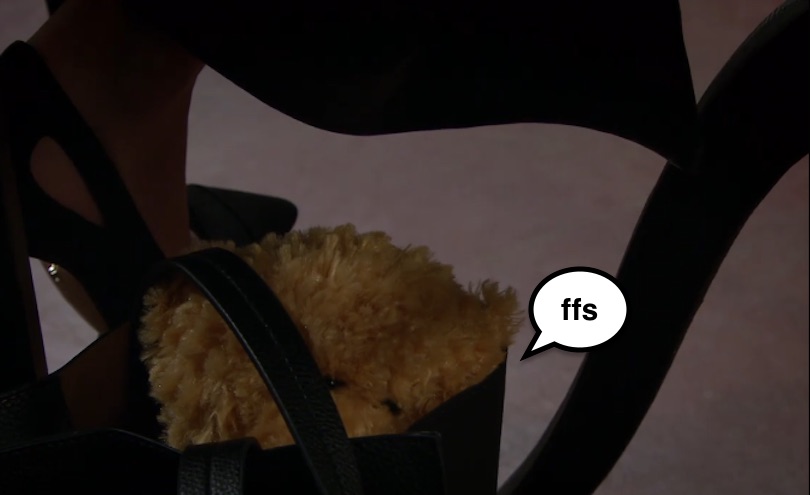 Nurse Meena has pulled some classic villain moves during her time on Emmerdale (murder, deceit, locked a dog in a hot car), but stealing a small child’s toy and hiding it in her handbag might be the worst one of all. Meena was fuming that her boyfriend David had offered to look after Victoria’s son Harry, because Victoria just inherited £50,000 and getting David to babysit instead of paying a nanny means Meena has less time with her grocer boyfriend. Harry would never sleep again without that bear. Mean by name, mean by nature. 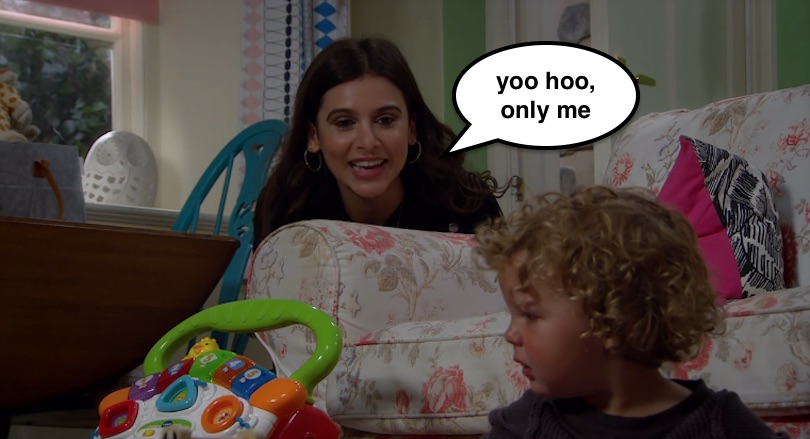 Not content ruining one child’s life, Meena stole David’s son Theo from Victoria’s house as part of her cunning plan to disrupt Emmerdale’s burgeoning in-home child care programme. Victoria panicked. Theo was gone, even though her flatmate Amy helpfully pointed out that “he only has little legs.”

Jimmy and Nicola get locked in a shed Over in the local scrapyard, that traditional hotbed of soapy drama, frenemies Bernice and Laurel schemed to reunite Emmerdale power couple Jimmy and Nicola. They broke up after Jimmy pashed barmaid Mandy Dingle, but what better place to solder the rusty joins of a relationship than a scrapyard? Bernice and Laurel, two hornbag angels with nothing better to do in their lives, locked Jicola in a port-a-cabin so they could reconnect over the time they got so drunk they conceived their daughter in the back of a haulage van. It’s so romantic I could cry. 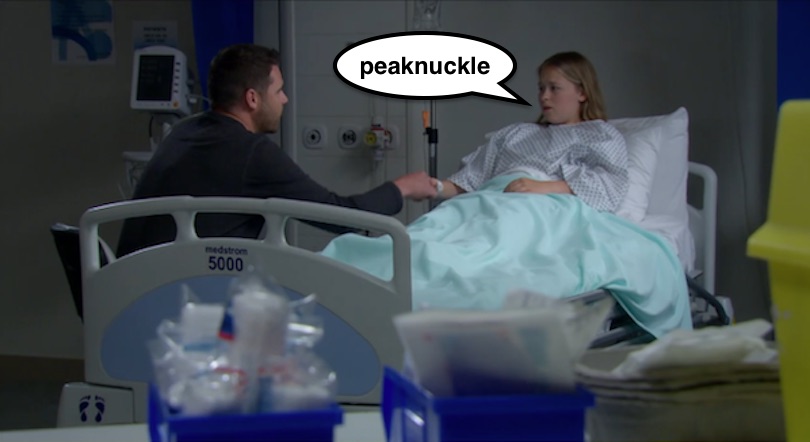 Liv Flaherty has suffered an endless series of depressing story lines in Emmerdale, including abuse, neglect and a stint in a detention centre. Last week she nearly choked to death on her own vomit in a graveyard, which led her to finally confront her alcoholism, her loyal brother Aaron Dingle at her side. Don’t worry, they live in a snazzy house with a spiral staircase, they’ll be fine.

Who is this strange man talking to Victoria’s baby? It’s Russ, a dodgy looking bloke who’s somehow connected to baby Harry, the one who just scored a cool £50,000 from his dead nana. Russ has dollar signs for eyes and smells like trouble, and this won’t be the last time we see him. Remember that name. Russ. Likes to cuss. On a bus. Russ. 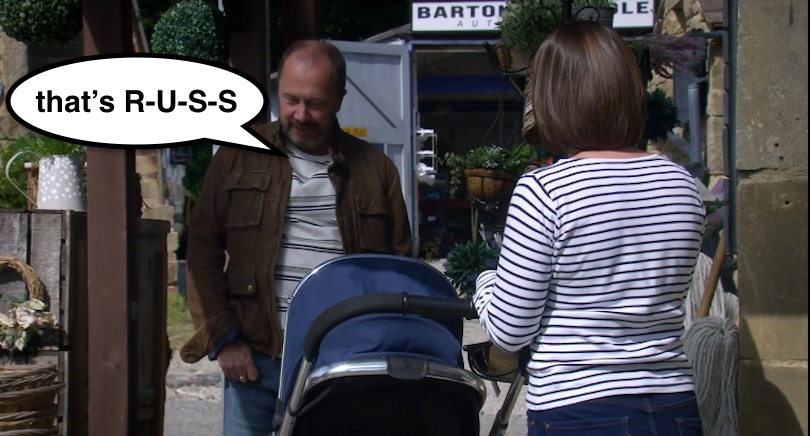 Marlon is broke and his daughter is being cyberbullied The Dingles are the Sopranos of Emmerdale, but on a pig farm. Marlon Dingle works as the chef at the Woolpack pub, but after buying into the Woolpack and receiving a dodgy review, he’s completely broke. He can’t afford to pay for his daughter April’s birthday party, but she’s too busy being cyberbullied by her aunt Cathy to notice. Cathy’s twin brother is named Heathcliff, because they were born in a shed on the Yorkshire moors and delivered by local vet Paddy, who’s been married four times and once broke the law by saving three little pigs from the abattoir. Emily Brontë could never.