Line of Duty is known for its tense drama and incredible cliffhangers, but we’ve been overlooking something equally incredible: DS Arnott’s waistcoats.

It’s Britain’s most watched drama of the 21st century, but until recently, gripping crime thriller Line of Duty has been a quiet burner in New Zealand. The official explanation is that many people hadn’t heard of it until season six screened on TVNZ1 (the first five seasons are on Netflix), but I don’t buy it. The truth is out there, and it speaks volumes about this nation’s quiet, unspoken prejudice against vests.

Created and written by Jed Mecurio (Bodyguard), Line of Duty follows three detectives working in anti-corruption unit AC-12 as they investigate their fellow police officers. With a killer guest cast including Keely Hawes, Thandiwe Newton, Lennie James and Stephen Graham, and storylines that stretch over six seasons, sometimes it’s tricky to keep up. I’ve found it’s easier not to sweat the big stuff, like the plot, and concentrate on the important things, like Steve Arnott’s impressive collection of waistcoats. Steve and his waistcoats.

Detective Sergeant Steve Arnott (Martin Compston) is the dullest man on television, but his waistcoats are another story. They might look the same to the untrained eye, but these clothes say more about Steve Arnott than his blank stare or depressing work ethic ever could. While he is an ironing board of a man, his waistcoats are a window into his soul. They tell us stories Steve could never find words for, like “sensible” and “lonely” and “itchy”. Most of all, they say “Steve”.

In fact, Steve Arnott isn’t fully dressed without a waistcoat. I refuse to look him directly in the eye if he has the audacity to turn up to AC-12 in a business shirt, or heaven forbid, a jersey. What is this, the weekend? No, Steve Arnott. This will not do. 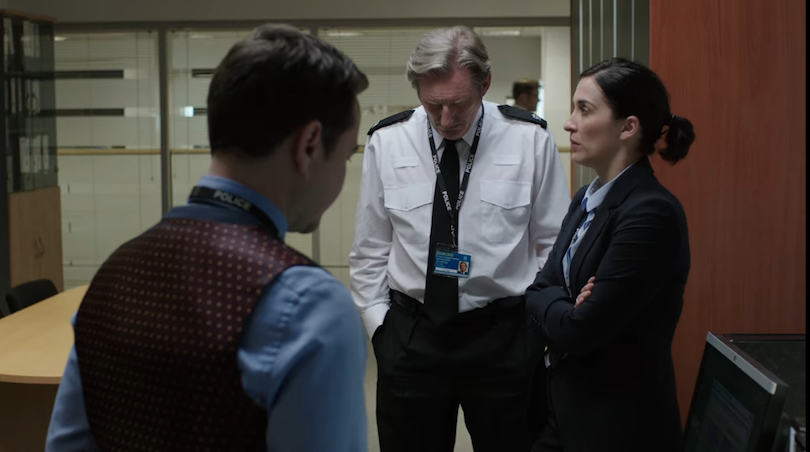 There is no Line of Duty without Steve’s vests. They’re the ying to each other’s yang, a happy infinity circle of crime and fashion, and sometimes, crimes against fashion. Legally, Steve’s waistcoats have the right to be investigated by a writer at least one rank senior, but mother of God, I don’t care. I’ve interrogated the evidence, I’ve played the high pitched screech at the beginning of the interview and I’m here for one thing and one thing only: to find out which Steve Arnott vest is best. 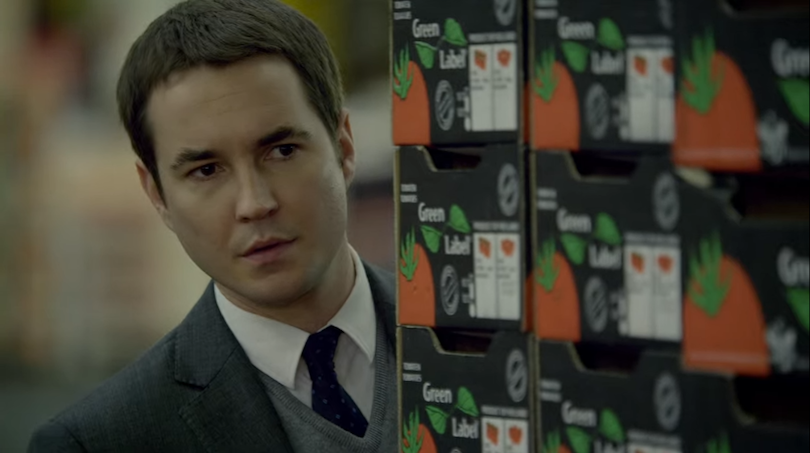 This grey sweater vest says: I am a serious detective investigating a crime, but also, I am a high school student visiting my local supermarket to compare the prices of fruit. Confused? That’s just how Steve likes it. 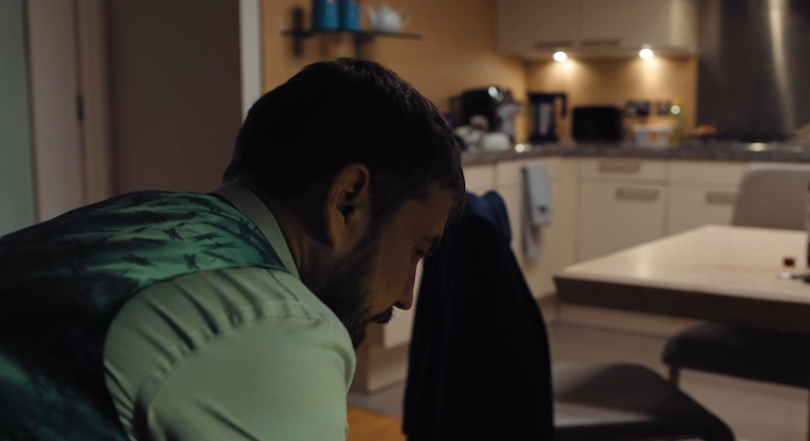 The waistcoat is the original mullet – business at the front, party at the back – and nothing represents Steve’s inner party animal better than an unexpected dragonfly print on some charming aquamarine silk. Dragonflies symbolise transformation and self-realisation, and by season six, Steve has facial hair. Coincidence? More like fate. Steve wore this bobbly wonder on his first day at AC-12, his first mistake in a long line of stuff ups and disappointments. It was a soft security blanket in a world that didn’t make sense, but would it inject fear into bent coppers? Negative. Don’t let this stylish formality fool you, because Steve lives a life of incredible danger and unlikely romance. Whenever Steve wears dark colours, something terrible is about to happen. When he’s wearing a three piece suit, it’s even worse. It’s the perfect storm. Run, Steve. Run for your life. 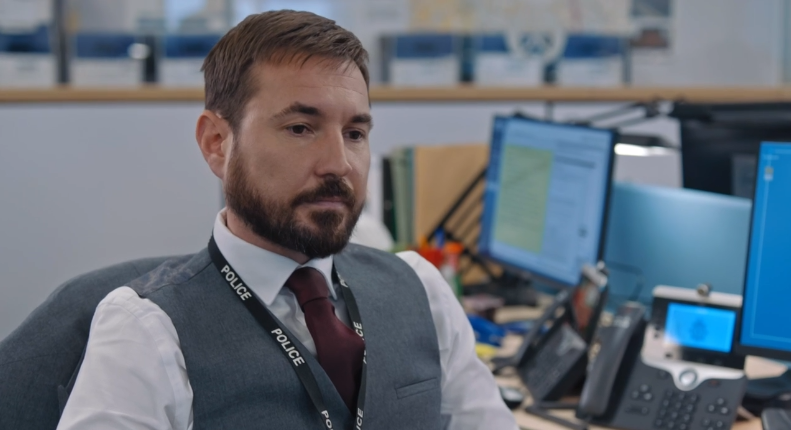 It’s no accident that the hairier Steve gets, the more refined his waistcoats become. Too much fuzz on the fuzz is never a good thing, and Steve needs clothes that will give him the clarity to think without scratching. Sometimes he needs to think really hard. 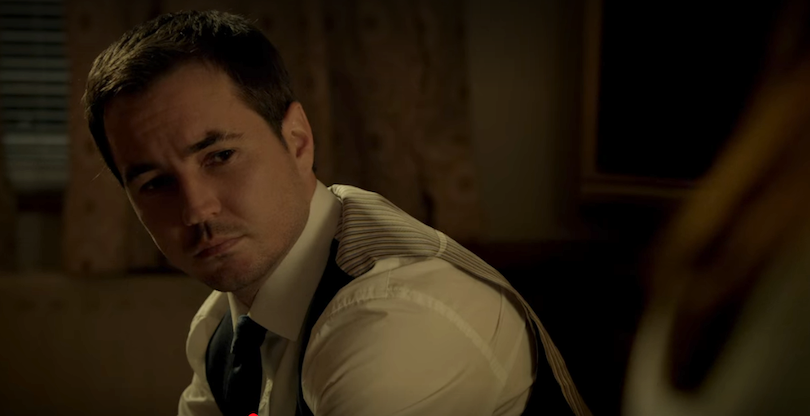 See also: Party Steve. This snappy number takes Steve from day to night, from arresting criminals to shagging witnesses in one easy step. It’s a silky envelope of irresistibility that never lets him down, which means it never lets us down either. This knitted vest says: trust me, I’m 100% wool. Tell me your secrets and I will protect you in the same way that these natural fibres insulate my midriff. Press your face into me and I will reward you with the smell of innocence and lanolin. I am Snuggly Steve. Trust me. Love me. Wash me and lay me flat in the shade.

3) Out of control Steve Full disclosure, DCI Hastings: I haven’t watched all of season six, so I investigated Steve’s vests on mute to avoid being spoiled. Did I compromise the entire operation? Definitely. I’ve no idea what terrible things led Steve to wear a fully unbuttoned waistcoat, but I never anticipated such a slippery descent into chaos. Who knew a button ripped from its hole could signify so much? Oh, Steve. I hope you’re OK. 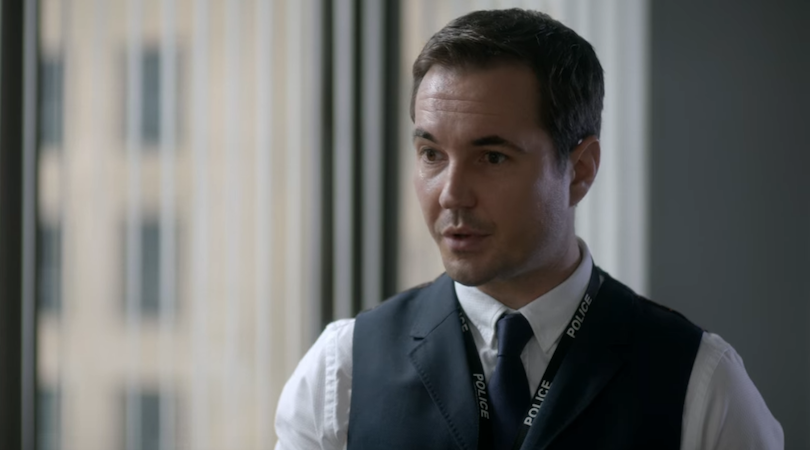 Lock down the building, we’ve found Steve’s favourite waistcoat. Notable for its collar and luxurious satin back, Steve wears this almost every day in season four. It may be a jacket without arms – a fraudcoat, if you will – but the collar is Steve’s best friend. When he wears it, something magical happens. 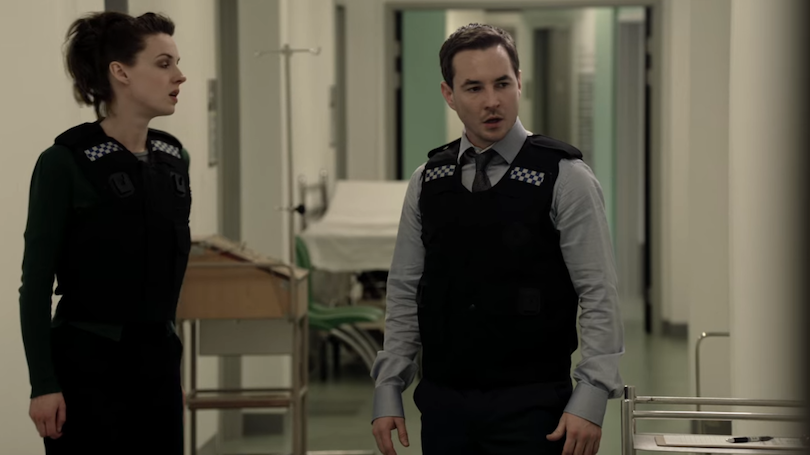 It’s official: the police vest is Steve’s best vest in Line of Duty. It’s bulletproof and easy to wipe down, but most importantly, it lets Steve put a vest over a vest. It lets him double vest. He is hedging his vest bets. Steve Arnott is a Russian doll made entirely of waistcoats, and if you ever get close enough to start peeling back his layers, all you will find is more waistcoats, each one smaller and finer than the one before. These are the facts; this case is now closed.