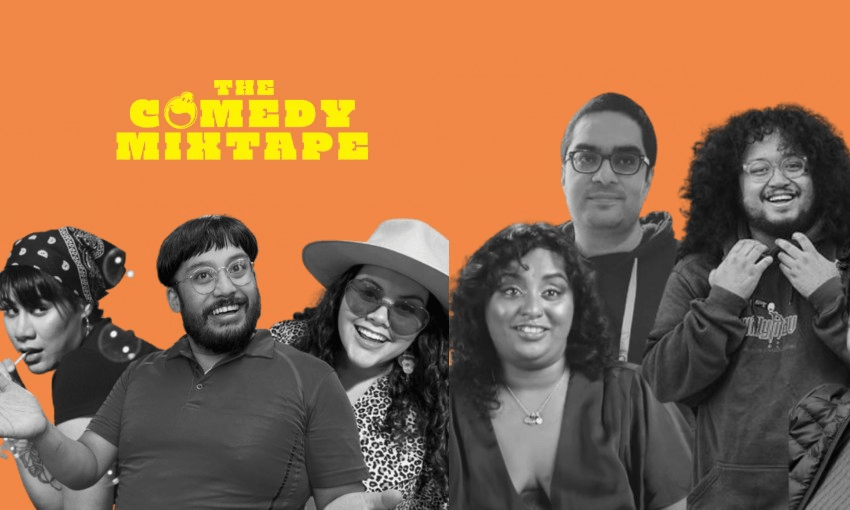 Going from being ‘the brown guy’ on the lineup to one of many brown faces in a mainstream comedy show is a big deal, writes Ed Amon.

Most of the western world sees me through stereotypes. Even the wokest of the woke has probably felt their heart race at least once in their lives when they’ve seen a bearded man reading the Quran on the plane. At international airports I have been lucky enough to be randomly selected for security checks multiple times. I wish Lotto’s “random selection” was this racist too.

Stereotypes are learned, not innate. An infant does not stereotype. Several factors including upbringing, life experiences, education, and media representations build up those generalisations. So I am not surprised by what people might think of me because of the representation of the people from my country which began on September 11, 2001.

I grew up in Karachi during the vicious turmoil of the 90s and early 2000s. Political militancy was rampant in my city. Drive-by shootings, burning buses, and dead bodies in potato sacks were the norm. I wanted to leave the first chance I got, but taking gap years and backpacking through Europe isn’t really an option for a Pakistani with a green passport like me.

Instead, humour was my escape. I used to watch Seinfeld and Conan O’Brien, imagine myself being as funny as Conan or Larry David and wish my problems could be as mundane as those of George Constanza. But those guys were all white, and in my mind I couldn’t be as funny as a white person. In every movie and TV show, they were the good and funny guys. The brown guy – if there was one – was the evil terrorist.

I internalised all of that and gave up. I put my head down and studied hard and long story short, I ended up in Aotearoa.

The comedy itch came back more than a decade later, when my best friend in Christchurch took me to a “work in progress” David Correos show. My brain exploded. He was instantly my hero. Then I saw Pax Assadi with Paul Douglas in 2015. Pax made a reference to being half-Pakistani, and I remember going home that night and immediately searching the internet for open-mic nights in Christchurch. From there, it still took me about three years to take the leap on stage.

It made me realise that I had killed my dream all those years ago not because I wasn’t funny, but because I thought my skin wasn’t the “right” colour. Seeing David and Pax perform reignited the fire because now my dream felt like a reality. Now if I failed it would be because I sucked at comedy – not because of the colour of my skin.

Things are starting to change for the better, albeit slowly. Several producers are working hard to get representation right, but often there are still only a few spots for brown comedians, and then we are expected to serve our stereotypes. I’ve been told a couple of times that I couldn’t be on a lineup because there was already an Indian – there were about seven white comedians and also I’m not Indian. I’ve been told I talk about my culture too much, and also that I don’t talk about my culture enough. I’ve been told by an MC that someone on the lineup already had joked about arranged marriage so I shouldn’t do it, while on the same lineup four white comedians in a row talked about the perils of Tinder dates.

This brings me to The Comedy Mixtape, a new show curated by one of New Zealand’s strongest comedic voices in Pax Assadi and headlined by the self-proclaimed “humble king of comedy” Tofiga Fepulea’i. The Comedy Mixtape features an all-brown lineup of some of the country’s biggest comedy stars and hottest emerging talent – Bubbah, David Correos, Janaye Henry, Courtney Dawson and her dad Heta, Kura Turuwhenua, Natalie Samy, Bailey Poching, Sowmya Hiremath… and me.

This is not just another comedy show – it’s a big deal. A mainstream comedy show, organised by NZ Comedy Trust, being held in South Auckland and recorded to be aired on Three. The comedians will joke about their culture, or maybe make fart jokes. It’s their lineup. They are not bound by stereotypes.

It is a privilege for me to be on this lineup. If it motivates someone to take that leap and go to an open-mic to give comedy a go because they see themselves in us, we will have achieved our goal. Representation matters. Buy a ticket – Allah will reward you handsomely in the afterlife.

Ed Amon performs at The Comedy Mixtape on Saturday 6 August at the Vodafone Events Centre.