There’s a new Chaser in town, and it’s finally time to meet them.

At the start of every episode of The Chase, amiable host Bradley Walsh introduces the Chasers. Only one of these five quiz brain boxes can stroll through the giant C, ready to smash hopes and dreams with their infinite powers of wisdom and logic, and it’s always a fun game for young and old to guess which Chaser it will be. My money is always on The Sinnerman. I only win 20% of the time.

However, in recent episodes there’s been a new presence in Bradley’s list of geniuses. A sixth Chaser has appeared, a mysterious shadow that Bradley cryptically refers to as the “sixth mystery chaser”. Who could this new Chaser be, and is it possible that another Chaser will make The Chase even Chasier?

We’re about to find out, with the new Chaser debuting tonight on TVNZ1. Here’s what we know about the new addition to the best show on television.

Who is the new Chaser? 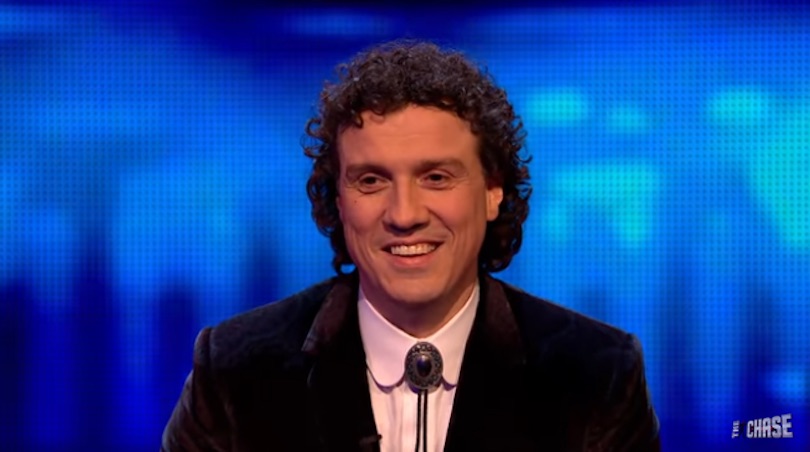 Back in April, ITV announced that an Irishman named Darragh Ennis would become the sixth Chaser. Ennis joins fellow quiz geniuses Paul “The Sinnerman” Sinha, Anne “The Governess” Hegerty, Mark “The Beast” Labbett, Shaun “The Dark Destroyer” Wallace and Jenny “The Vixen” Ryan, the last Chaser to join the team in 2015.

Darragh’s Chase nickname will be Ennis the Menace, but he appears to behave impeccably. While the Dark Destroyer is permanently grumpy and the Beast smashes up the set when he loses, Ennis the Menace seems like a quiet, unassuming boffin who’s just stoked to be on The Chase.

*Puts on best Bradley Walsh voice* What do you do for a living, Darragh?

Ennis works as a neuroscientist at Oxford University, researching insect brains at a molecular level. A literal brainiac, if you will.

Hardcore fans may remember Ennis, who appeared as a contestant on The Chase in 2017. Ennis displayed quizzing brilliance to win a whopping £9,000 in the Cash Builder round, only to watch his teammates deplete his winnings by committing the cardinal Chase sin and accepting the lower minus offer in each of their head-to-head rounds.

In the Final Chase, Ennis’s team beat The Sinnerman to win £6,300, with Ennis correctly answering 14 of the 19 questions. Paul Sinha later called Ennis the best player he’d ever faced.

The night before they producers told us, Anne and Mark and I sat at dinner and pondered "Could it be a former contestant". I said, "If it is, the best player I faced was an Irish guy who looked a bit like Micky Flanagan" Welcome to the club mate. https://t.co/6lpTu9DaOW

Come on, you should never take the minus offer.

Exactly. All Ennis wanted was enough money to buy a new back door, but he barely got it. Viewers were outraged on Ennis’s behalf, even launching a petition titled “Justice for Darragh”. Eighty-four people signed that petition. It worked a treat. 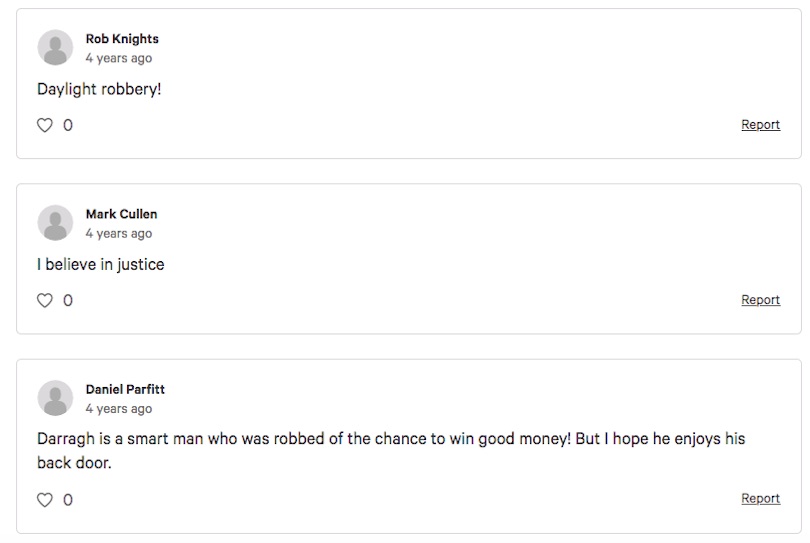 Does that mean he’s the only person to be both The Chaser and The Chasee?

“I’m the only one who knows what it’s like to be down there and how intimidating it really is,” The Menace says in his debut episode. “It’s much nicer up here, the seats are more comfy.” #justicefordarragh

Can we expect more episodes of The Chase?

Filming of new episodes resumed in the UK in October, including some new Celebrity Chase episodes. Ennis’s first episode screened there last month, which means we’re relatively up to date here in New Zealand.

When do we see the sixth Chaser in action?

The Chase screens on TVNZ 1 every night at 5pm, and OnDemand.