Vroom vroom, beep beep, get in losers! Drag Race Down Under is coming to TVNZ later this year, and today the 10 Australian and New Zealand competitors have been revealed.

The wiggiest show this side of Real Housewives is finally making its way to the southern hemisphere. That’s right, RuPaul’s Drag Race is coming down under, bringing together the best queens from Australia and New Zealand to compete for the honour of being the next drag superstar. RuPaul himself will host the competition, with Michelle Visage and Rhys Nicholson serving as co-hosts. A specific on-air date has yet to be announced, but TVNZ has confirmed the show will be coming to our screens later this year.

Right now, though, we’ve got our hands on the list of 10 queens who will be competing. So start your engines, and may the best sheila/theila win! 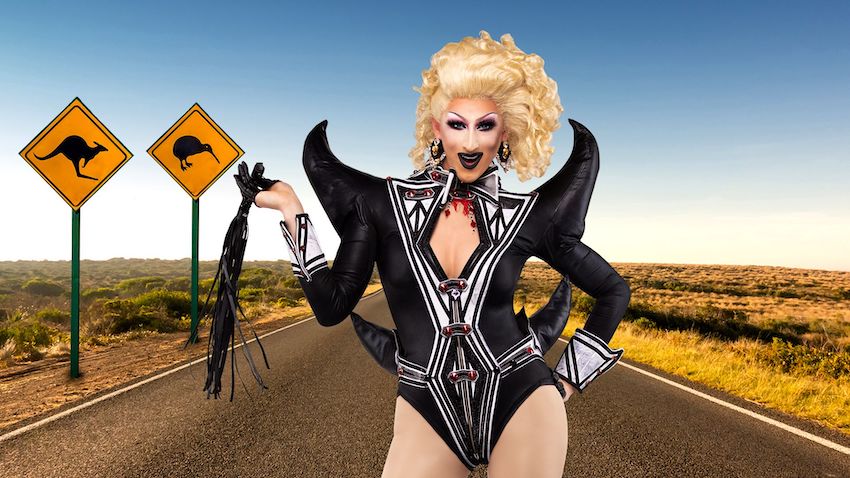 You might recognise Anita Wigl’it as the co-host of two seasons of TVNZ on Demand’s House of Drag, but she’s been kicking around for the past decade, and has performed internationally, winning Vancouver’s Next Top Drag Superstar and Drag Entertainer of the Year in 2013 before returning home to New Zealand. She co-owns and is the resident queen at both Caluzzi Cabaret, a delightful night out and probably the receptacle of half of our nation’s pink sashes. She’s not just a businesswoman, she’s a businessqueen. Art Simone is the self-dubbed “Down Under Drag Diva of Australia”, and is the current reigning Queen of Australia and Drag Performer of the Year. She’s one of Australia’s most recognisable queens, having been in multiple films and commercials – most notably this fairly hilarious AAMI commercial from 2017. I’ll say one thing for sure: Queen knows how to draw a strong eye. 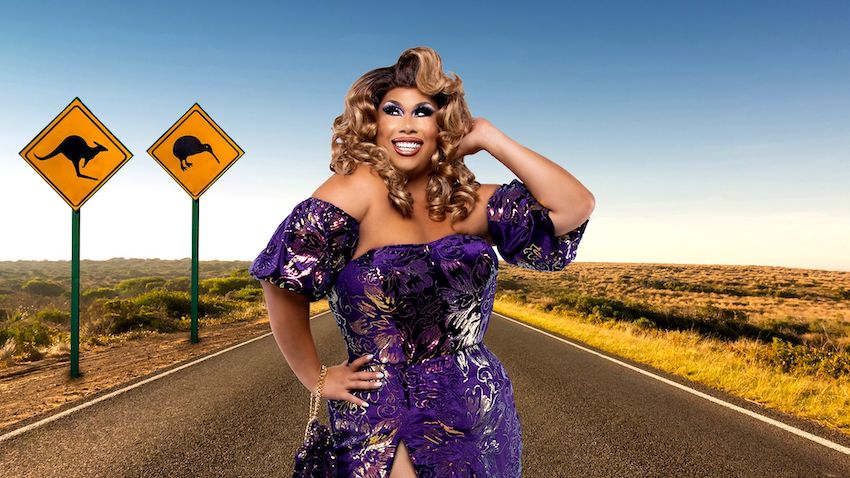 Coco Jumbo comes to Drag Race Down Under as Sydney’s “biggest queen”, and promises to “bring Beyonce to your next event”. Wow! We’re going to need that in writing. She also brings a mantlepiece’s worth of awards to the competition, including Entertainer of the Year in 2017, Favourite Showgirl from 2016-2019 and Rising Star in 2015. She also manages to make putting on makeup look like choreography in this video for Cosmo Australia, with a sick club beat behind her. Elektra Shock is the “Dancing Queen” of Tāmaki Makarau (there’s a lot of self-proclaimed monarchy in the drag scene, clearly). Shock was the runner up on season two of House of Drag, starred in Pleasuredome: The Musical, and has been doing drag for nearly a decade now. Having seen her on House of Drag, I can say one thing: She can definitely dance, and is a strong contender for the performance challenges. She can also light her hand on fire! Fun. 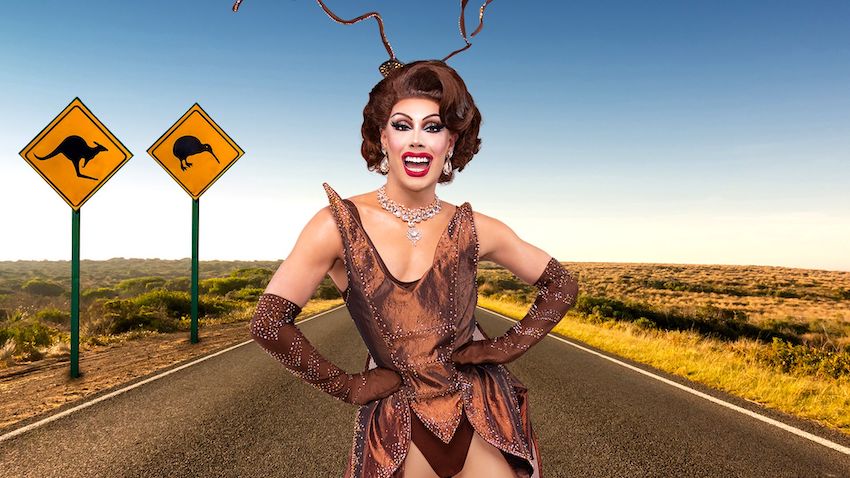 The most important thing that Etcetera Etcetera brings to the table is teaching our youth, and our adults, how to say the word probably: Et-cet-e-ra. Not Ex-ce-te-ra. Reading is fundamental. Etcetera is a non-binary drag artist, is only 22 years of age (although I’m sceptical about any official drag queen ages – Joe Black is ostensibly 31!), and is well known for their aesthetic and activism. Fun fact: Their name comes from The King and I, where Yul Brynner says “et cetera et cetera”. I bet this is the first and last time I’ll see a drag name inspired by Yul Brynner. Jojo comes to Drag Race Down Under with the most compelling narrative of the lot: she started her career as a political response to a council member stating that homosexuality wasn’t part of indigenous culture. Then, in Dubbo’s first Central West Pride, she walked in a costume made with both the indigenous and gay pride flag. She has an incredibly distinctive look, and I’m personally excited to see how Drag Race Down Under engages with indigeneity of both nations represented in the show. Including an indigenous queen in the first season is a good sign! Karen from Finance remains the best drag name I have ever heard. Karen is one of the most renowned drag artists in Australia, and her list of credits just might exceed the rest of these queens combined (please don’t come for me). Even better, she has the best fake bio:

“After being made redundant from the accounts team at a small pie wholesaler in Geelong, Karen From Finance has since moved to the big smoke to become a real team player here in Melbourne. Make her feel welcome! CC her in on an email. Heck, BCC her if you must! Karen From Finance will always Reply To All.”

Karen is my current pick for one of the top slots: She’s been doing it a while, remains at the top of her game, and is the only one to have an Instagram video where she’s hammering on a drum in a soothing manner. 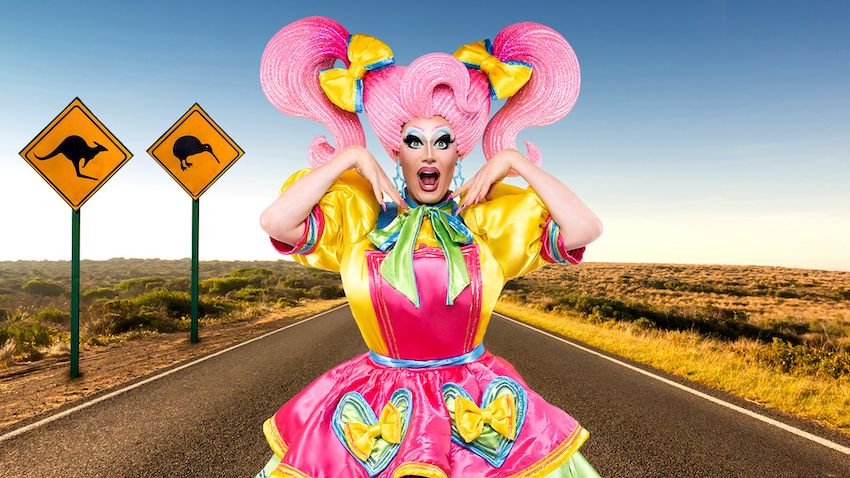 Like Anita, you probably recognise Kita from co-hosting House of Drag. She co-owns Caluzzi Cabaret and Phoenix Cabaret with Anita, and is the resident drag queen at Family Bar and Club. Although they often seem to come as a package deal, I’m excited to see these two homegrown queens distinguish themselves from each other. At the very least, they’ll bring an inherent camaraderie to the show, which I frankly find much more watchable than bewigged people sniping at each other. Or maybe they’ll go for each other’s throats! It’s reality TV, where reality rules (and a team of producers) write the story. Maxi Shield has been a drag artist for 23 years (which is like 60 straight years), and calls herself a “performer extraordinaire, pole dancing compare, anti-violence safety ambassador and rugby union mascot”. Wow, the gig economy can be brutal! Maxi Shield is absolutely one of the veterans of the competition, having closed a straight Olympics (Sydney 2000) and opened a gay one (Gay Games 2002). She also features on the official video release of Madonna’s Rebel Heart tour, which I can guarantee you haven’t seen, because it’s not amazing. But it’s cool that she’s on it! 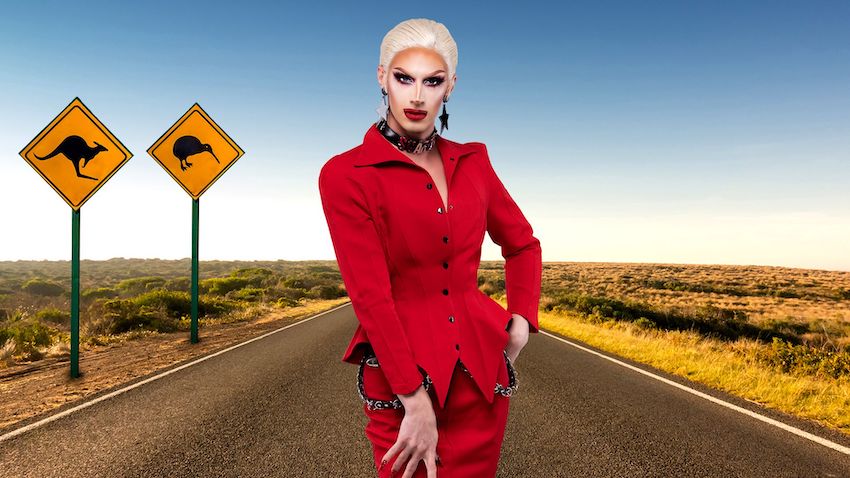 Drag Race Down Under airs on TVNZ later this year.