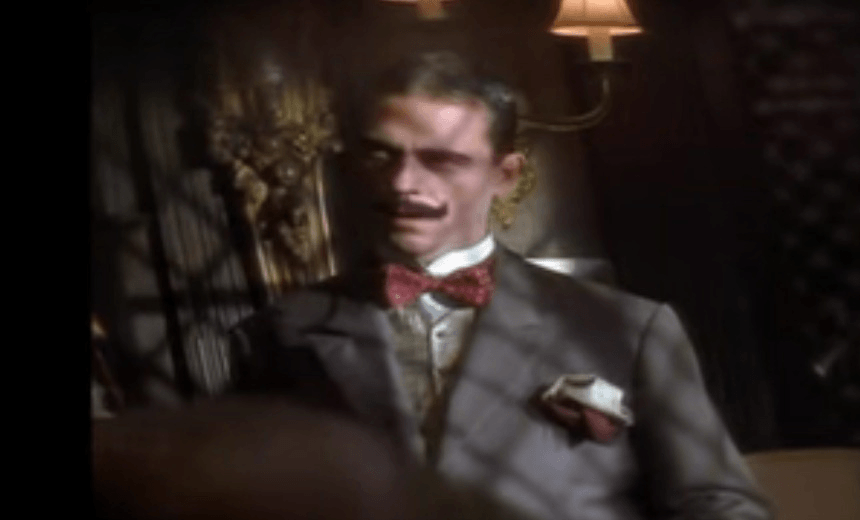 Longtime Hugh Laurie fan Pete Douglas counts the reasons why the Chance actor and Spice World star remains one of the greats of our time.

How is it the second week of April already?  I feel like I have only just digested my Christmas pudding, taken the decorations down from the tree,  experienced the empty feeling of having no real summer to speak of (OK that last one is definitely, and quite tragically, true) and yet here I am, staring bleakly into the endless abyss of winter.

It seems my four year old son is in a similar state of denial about the passage of time – for the past four months all he has wanted to watch is the hit kids movie Arthur Christmas. For those of you unfortunate enough to be out of the festive toddler loop, Arthur Christmas is a British holiday tale which features the voices of James McAvoy, Bill Nighy and the great Hugh Laurie – who provides much of the humour as Santa’s eldest, control-freak son, Steve.

Watching Arthur Christmas for the 1,097th time, it struck me just how fantastic Hugh Laurie has been in so many roles – and so many ways – for so long. Any tribute can but only scratch the surface of the man, but here’s my humble attempt to sum up some of his career highs, and maybe even the odd low:

Chance is Laurie’s most recent entry in the misanthropic medical professional stakes, and it’s a good ‘un. He plays Dr. Eldon Chance, a forensic neuropsychiatrist (what that?) who gets entangled in a love triangle with a patient and her abusive police detective husband. It’s a great, languidly-paced thriller that subtly lures you in before managing to surprise you out of nowhere.

Hugh Laurie won a Best Supporting Actor Golden Globe for his portrayal of a shadowy arms dealer named Richard Onslow Roper in this suspenseful espionage-hued miniseries. Our hero followed up his victory with a pretty grim, but ultimately hilarious Trump-lambasting acceptance speech, in which he took the award home on “behalf of psychopathic billionaires everywhere”. Ouch.

Americans didn’t really have too much idea who Laurie was until he grumpily popped up on their screens back in 2004 as the unorthodox medical genius Dr. Gregory House. The titular House hobbles around on his cane, unshaven, snapping at his overworked team that the poor and unfortunate patient in question is not suffering from Lupus (it’s never Lupus – except for that one time when it actually was Lupus, much to the justified delight of Lupus advocates everywhere).

Laurie joined the cast of Blackadder fulltime for the third season as the foppish twit, and utterly gormless buffoon George, the Prince of Wales (a role he basically reprised in the final season Blackadder goes Forth as Lt. The Hon. George Colthurst St Barleigh). Laurie often stole the show in these two seasons with his imbecilic, parodic skewering of the British upper classes.

A Bit of Fry & Laurie

Working with that other smart cookie Stephen Fry, this late ’80s and early ’90s sketch show was sharply funny and carried on the fine tradition of antecedents such as Monty Python’s Flying Circus and The Two Ronnies. Particularly notable was the protagonists’ willingness to take on the conservative British governments of the day in prime time, often in barbed set pieces. Laurie’s nonsensical young Tory speech seems especially (and sadly) prescient in the post-Brexit era/error.

Did you know Hugh Laurie has written a novel?  I haven’t read it – and it sounds kind of suspect quality-wise if I’m to be to be perfectly honest – but writing a book just because you can is kind of admirable in itself, don’t you think?

Laurie pops up on some strange and unexpected places, including the music videos for Kate Bush’s ‘Experiment IV’, and alongside John Malkovich in Annie Lennox’s ‘Walking on Broken Glass’.

He even appears in a very brief cameo on that Friends episode where they go to England (I’m not sure any episodes of Friends have aged quite as badly as those UK based ones, but let’s leave that for another day). Even more crucially, he made a tiny but crucial turn in that towering masterpiece of 90’s cinema Spice World.

Laurie has shown off his musical chops as far back as the Fry and Laurie days, and even managed to wrangle this skill occasionally into his gig on House, which ultimately afforded him the luxury of recording a couple of really quite decent New Orleans jazz and blues tribute albums.

While Laurie’s piano skills are very impressive, it’s a bit disconcerting when he starts singing in his faux American accent (through no fault of his own). It’s as if that old crank House M.D. has wandered in and hijacked an admittedly excellent jazz club night.

Watch Hugh Laurie do his thing in Chance, exclusively on Lightbox