A week after it made its attention-grabbing debut in the US, the documentary Framing Britney Spears has arrived in New Zealand. It’s an uncomfortable watch that forces us to consider our own complicity in Spears’ suffering, says Emily Writes.


I’ve been following the collective reckoning around the United States and beyond after the screening of Framing Britney Spears seven days ago. The feature-length documentary outlines the way Britney Spears has been exploited and abused throughout her life and how this continues with the controlling conservatorship her father holds over her and financially benefits from.

I thought the response was overblown at first – surely, people knew she’d been treated badly? Is this really a surprise?

I assumed a kind of smug position before seeing the documentary. I’ve never mocked Britney Spears. I’ve always recognised the way a misogynist culture chewed up a talented teenage girl and spat out a broken adult. I mean it’s not even the first time – what about Courtney Love? And in any case, I’m not like them.

Watching Framing Britney Spears is brutally uncomfortable. If you think you know her story, you’re probably wrong. Every awful thing you think happened to her – from paparazzi stalking her to media shaming – it’s worse than what you thought.

You’re punched in the gut repeatedly. Spears, just a little older than my own child, sings beautifully on stage, afterward the elderly host asks her if he can be her boyfriend. Another old man asks her about her breasts, openly. Yet another interrogates her about her virginity. Her first love, mediocre pop star Justin Timberlake, jokes about fucking her on a radio show after they break up, before using the narrative that she cheated to further his career. She’s asked in a press conference if she’s still a virgin. It’s all horrible. Horrible.

And then, just when I thought I couldn’t be more appalled, a snippet of Spears’ 2003 interview with Diane Sawyer is shown. Spears’ painful split with Timberlake is still fresh, and she breaks down under Sawyer’s awful, misogynistic, violating questioning about her role in the breakup and the effect of her “provocative” image on children.

This time I was appalled at myself.

The Sawyers clip was familiar to me because I’d used a gif from it the week before when I texted my friend that I couldn’t come to our Galentine’s Day lunch. I’d used it without thinking. I’d used a humiliating and awful moment from a young woman’s life to show I was sad about not being able to drink wine with my girlfriends.

I’d never seen the interview before, didn’t know the context, but it’s really no excuse. I consider myself a feminist, someone who can see the way a patriarchal society abuses women casually, carelessly, and relentlessly. And yet here I was, casually and carelessly using an image that further victimises a woman who has been through so much. The connection between my thoughtless use of that gif and the pain behind the moment itself might not be direct, but Framing Britney Spears shows that there is one.

And once you see it, you can’t deny it. 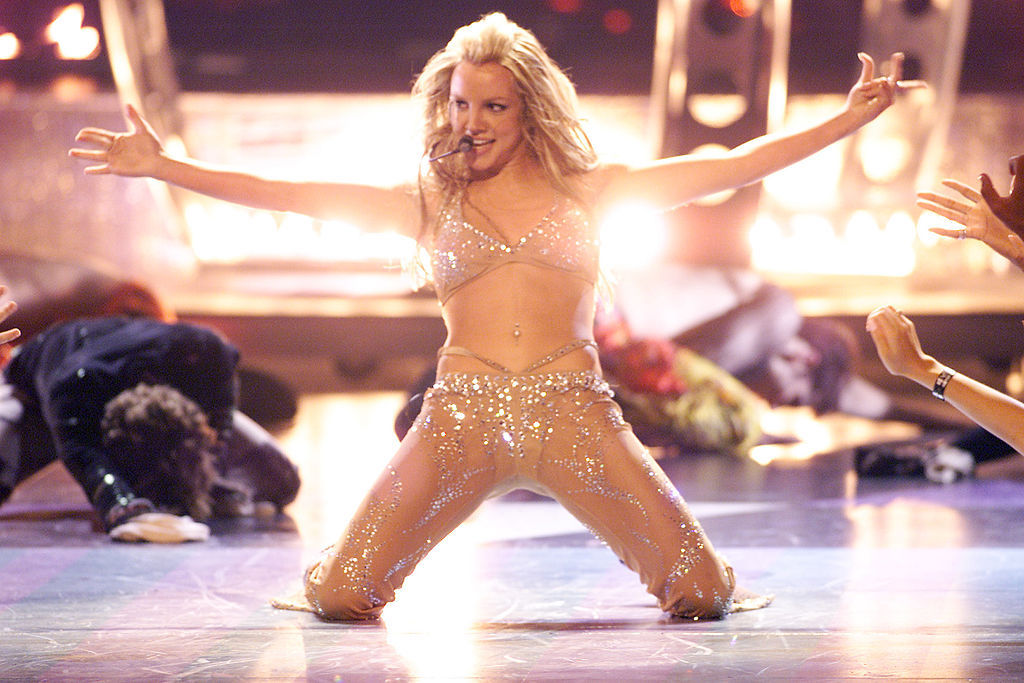 This is the reckoning happening around this documentary. It asks us all to consider what role we play in the victimisation of women. Of course, the film explores larger themes at play, like the way the legal system can be manipulated to further abuse vulnerable women. The conservatorship Britney Spears is currently under began as a temporary arrangement following her brief hospitalisation in 2008 but has been permanent ever since. She’s an adult woman who has been under the control of her father for almost 13 years.

The documentary also highlights the way children can be used to hurt their mothers by a society that seems unable or unwilling to support new mothers with postnatal depression. And the way children in turn become grist for the mill while their fathers escape unscathed.

But ultimately, this documentary is at its heart about the ways society is set up to hurt, control, exploit and disempower women.

On Friday Timberlake issued an apology in a lengthy social media post where he finally admitted the role racism and misogyny has played in furthering his career. Other celebrities have followed suit – but this sort of reckoning is something we can all take part in.

Because it’s really not just about Britney Spears. It’s about every young woman who is sexualised from an early age. Every girl who is told she must be a virgin but a sexy one, who is pushed into a society that introduces them to the Madonna/whore complex before they even enter adulthood. It’s about every young woman whose talent is exploited, who has to face sexual harassment and abuse just to do what they love. It’s about the women who struggle with mental health issues, often as a result of living in this society, and are then further abused because they’re vulnerable. It’s about the mothers who are left isolated and unsupported after the birth of their children. It’s about the women who are treated by mediocre white men as just another rung on the ladder to success.

It’s about the way systems – the legal system, the media, the entertainment industry – are used to exploit and harm women. What can be done to address this? What can we do to dismantle and destroy these systems? And is it too late?

This documentary will make you angry – and it should. Our goal now should be to turn that rage into something useful. And looking in the mirror at our own behaviours and how they support misogyny is an important first step.