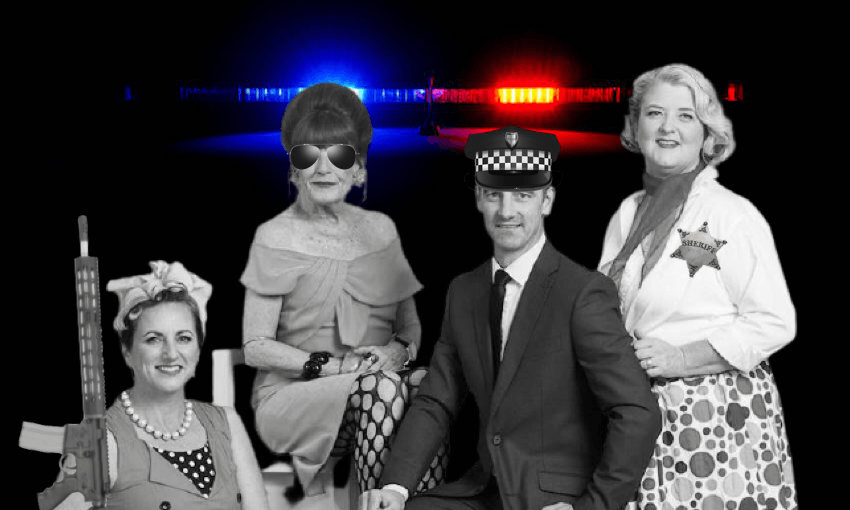 Property managers or the cops of the lease? Renters knows what side it’s on.

Property managers or the cops of the lease? Renters knows what side it’s on.

Is there still a place for a show that portrays property managers as housing market heroes? TVNZ’s Renters thinks so, Sam Brooks thinks not.

Ten minutes into the first episode of season eight of Renters – that’s two more seasons than Outrageous Fortune got, folks – comes one of the most depressing things I’ve ever seen on reality TV. Andrea, from Click Property Management, is returning to a dilapidated, mistreated flat to evict a family who’ve moved back in after abandoning it. Even though WINZ is willing to pay the arrears, she still plans to evict them, at the owner’s behest. Renters shows Andrea kicking the family, including several children out, and threatening to come back with a bailiff. It’s awful, and the wildest thing here is that we’re meant to sympathise with Andrea, not the family. Later in the episode, the flat is professionally cleaned and the family is gone. We never find out what happens to them.

Despite the name, Renters is not actually about the people who rent houses. It’s about property managers dealing with unruly tenants. It’s a curious show, one that seems to wilfully elide the identity of renters in favour of the plight of property managers. The property managers here are depicted as beleaguered heroes, dealing with renters who don’t know how lucky they are to have an overpriced roof over their heads. We’re meant to sympathise with the managers, or at the very least chuckle at them dealing with those pesky renters, as though renters are masked Scooby-Doo villains and not literally paying their salaries.

You know how they cancelled Cops (and then uncancelled it because 2020 is hell) because the idea of watching police officers arrest Black and brown people in 2020 isn’t entertainment but a bleak and corrupt reality? Perhaps it’s time for Renters to go down the Cops road, and never turn back.

We’re in a housing crisis right now. Median house prices in New Zealand have increased 16.4% over the past year. The number of houses constructed under KiwiBuild couldn’t house the audience for one night of the upcoming production of Mary Poppins. Some of our homes are so ridden with mould that the black-green fungus should technically be on the lease. While there are, of course, plenty of decent property managers, property managers in 2020 can seem like the housing equivalent of parking wardens: doling out punishment in service of a faceless, cruel master. (I do not own a car and have never received a ticket.)

The protagonist of Renters, or at least the person who gets the most screen time, is the flamboyant Pru Morrall, whose hair is a shade of red that doesn’t exist in the natural realm. As one half of property management group The Good Girls (a bitterly oxymoronic name in this context), Pru makes for great television. She’s quick with a gag and has an uncanny rapport with the offscreen narrator that suggests a witchy kind of omniscience. If a Dunedin cheese roll could talk, it’d sound like Pru.

It’s a shame that all that charisma and passion is in the service of something as mundane as property management. The strangest thing about Renters is how little actually happens. Each episode, there are two to three separate “storylines”, all of which play out roughly the same: Property managers go to a house they know is in dire straits and they identify the problems while the voiceover drips out puns like a leaky tap. Offscreen, professional cleaners handle the mess and the tenants are dealt with. The property manager returns to the house, which is now clean. They live to manage another day. There’s no drama, barely any comedy, and little reason to hold your attention other than Pru’s hair catching the corner of your eye. Seriously, it’s so red it’s voted two ticks Labour.

Audiences love an anti-hero, but we need to understand why they do what they do. At least with Breaking Bad’s Walter White, you understood why he sold meth, and you might sympathise with him and his cancerous ways (both literal and metaphorical). With the exception of Pru, I don’t understand why the stars of Renters are doing the job they do. They don’t seem to enjoy it or get any satisfaction from it, and it’s such an oddly specific job that you can’t really fall into it. But hey, I guess even prison camps have admin staff.

As a show, Renters is full of more holes than an unmaintained flat. Why, in 2020, do we care about the plight of property managers? Why isn’t the show actually about renters? And my god, what product can get Pru’s hair that shade?

You can watch Renters on TVNZ2 every Wednesday at 8