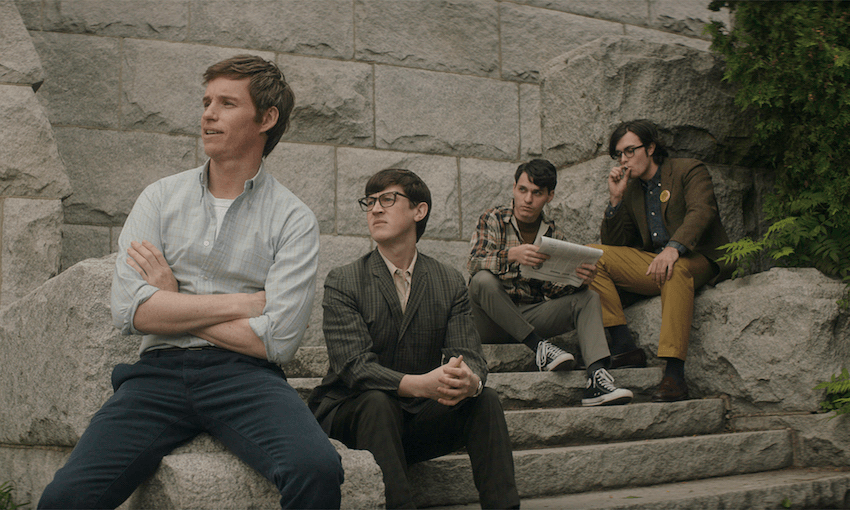 Review: Netflix’s The Trial of the Chicago 7 is Aaron Sorkin at his best

Our most verbose screenwriter, Aaron Sorkin, makes good on all his hype in just his second turn as director.

If I had to pick one of the best opening scenes of the past decade, I’d go with the scene that opens The Social Network. It’s an immediate evisceration of Mark Zuckerberg – and by proxy, every socially awkward man with more brains than charisma – by a fictional ex-girlfriend, one with no patience for him. It nearly renders the rest of the film unnecessary: we know everything we need to know about Zuckerberg, and why he made the cyberplague that is Facebook, from that one scene. And it’s all due to Sorkin’s incredible dialogue.

Sorkin is, give or take a pre-cancelled Woody Allen, the most audibly recognisable writer of his generation. From the very first line of dialogue, you know you’re listening to a Sorkin script, for better or worse. His characters volley lines of dialogue like they’re in the final match at Wimbledon, charged with enviable energy. Or at least it is when he’s on his game (see: The Social Network, Steve Jobs, most of the West Wing). When he’s not, his writing can be unbearably pompous, moving seemingly randomly along the spectrum of idealism versus cynicism and frankly, really goddamned boring (Studio 60, The Newsroom, The Newsroom again, just for posterity).

However, even when he’s at his best, there’s one constant with Sorkin: he has the belief that a brilliant man (and it almost always is a man with him) can change the world with the strength of their words, their ideas, and their sheer will. This works when applied to men like Steve Jobs and, at a stretch, Mark Zuckerberg, but when put into the mouths of journalists and comedy writers, it can get tiresome. It’s why a project like The Trial of the Chicago 7 is a perfect fit for the guy.

It’s a courtroom drama that focuses on the real-life, absolutely cooked trial of seven men in Chicago charged by the government with conspiracy and inciting riots. It’s an absolute rort, a way for the conservative government to shut down the leaders of countercultural protests around the Vietnam War and 1968 Democratic National Convention.

I’ll get this out of the way now: it’s good Sorkin, even great Sorkin. A courtroom drama, revolving around activism, is the perfect canvas for the writer to paint the big ideas and thoughts of men with broad strokes, and the dialogue here absolutely crackles, with a stacked ensemble of actors (including Eddie Redmayne, Joseph Gordon-Levitt, Mark Rylance, Sacha Baron Cohen and a perpetually sitting Frank Langella) who devour their lines like free food at a fancy party. It’s such a huge cast that the actors only really get the chance to make vivid impressions rather than develop full characters, but it chugs along magnificently. Baron Cohen, in a rare dramatic turn (or a dramatic-with-punchlines turn) is especially strong here: he nails the weird charisma of an activist who can make people follow him, without ever understanding why. He also nails a manicure-on-a-chalkboard hybrid accent, a tall ask for any actor.

The best thing about the film, though, is how disarmingly relevant it is. Late in the piece, when the remaining members of the Seven are being prepared for the trial, it’s Hoffman who says, “It’s a revolution, you have to hurt somebody’s feelings.” The film, subtly but effectively, gets across the idea civility can often end up just being a pleasant cover for compliance, and even evil. From within the confines of the courtroom, we’re shown the vastly different costs of calm civility and rebellion: Redmayne’s Tom Hayden stands up in court to show respect to the judge because it’s “the right thing to do” while Yahya Abdul-Mateen II’s Bobby Seale, a black man roped into the trial for reasons unclear and corrupt, is literally bound and gagged for defending his constitutional rights. While civility can be cheap in the short term, it’ll cost you in the long run. Rebellion? It stings, but if you do it right, then you save others their pain. It’s a surprising political swerve for the writer, who has often been found stuffing progressive thoughts into the mouths of conservative men, winking at the audience as he does so, and it’s a welcome one, given the current climate of, well, fucking everything.

As with every Sorkin project, his best moments can be marred by his worst impulses. In this film, he mars the best scene – a harrowing crosscut between a late night trial prep session and a protest being violently shut down outside a Chicago restaurant – with a clunker of a line: “Am I the only one who sees what’s going on out there?” Sorkin is one of the most ostentatiously gifted writers of his generation, and he always wants to make sure that we get every point he’s making, every second of the time.

It’s this impulse that makes his work energetic, but occasionally exhausting and less occasionally on-the-nose. But when the stuff is this good, you can understand why he does it. The most chilling moment in the film, bar none, is towards the end, when Judge Julius Hoffman (Frank Langella, embodying smug patriarchy brilliantly) commends the very civil, polite Tom Hayden for being the only one of the Seven not to be bordering on being in contempt of court. He says, “I truly believe that one day you will be a very productive part of the system.” It’s one of those first-scene-in-Social-Network moments: it sums up a film in one moment, like only Sorkin can.

You can watch The Trial of Chicago 7 on Netflix now.