We’re only a few weeks into the year, and already there are two new seasons of Drag Race. Are we in danger of reaching peak Drag Race?

In the first month of this year, there’s been more RuPaul’s Drag Race than ever. The 13th season of the flagship US version debuted on January 2nd, the second season of Drag Race UK premiered on January 15, and it was just announced (though long rumoured) that Drag Race Down Under is filming here, and will launch later this year. That’s to say nothing of the rumoured sixth season of All Stars, and the countless spinoffs, after shows and podcasts that discuss the show.

It’s all quite exhausting to keep up with, even as someone who likes Drag Race. It feels less like entertainment and more like sport at this point; where keeping up with everything around the game is equally as important as the game itself. Moments from this show occupy parts of my brain that surely could be occupied by more valuable things. To be frank, I’m part of my problem – exhibit A: every lip-sync (up until that point) ranked. Content produces reactions, and reactions become their own content as a result. The snake eats its own tail, and then posts a video on YouTube about it.

Let’s be clear here: Drag Race is still a hell of a lot of fun to watch. Season 13’s slate of queens is one of the overall strongest yet, and justifies the shake-up in format that has lead to not a single queen being eliminated in the first three episodes. Even Drag Race UK, despite an inexplicable first week elimination (justice for Joe Black!) feels like an integral addition to the franchise, showcasing a drag culture that’s a bit more radical than the relatively homogenised picture shown us by the flagship US version. Drag Race is also one of the most inventive, progressive reality shows out there, and is consistently doing its best to keep up with the culture it dominates, especially after dragging its high heels regarding trans contestants for far too long. But… there’s still a lot of it, whether you’re looking at it as a fan or as a producer. There are only so many hours in the day, and Drag Race is not the only thing that’s out there. You can’t deny the show’s strange healing factor: it’s queer, and it’s largely progressive, even if it’s a three steps forward two steps back kind of progressive. The most toxic thing about it is the fandom, which you could say about pretty much any fandom; they inhabit toxic parts of the internet where everybody is constantly drinking the same poisoned Kool-Aid, and just, not, dying.

The problem from a production standpoint is that eventually, well, you might run out of winners. Drag is a specialised artform, and there have been nearly 150 competitors on the US Drag Race alone. That’s a lot of drag queens, and as anybody who has watched the first few episodes of any season knows, you need a few fillers to round out the team. Eventually, they’re going to run out of drag queens, and going to run out of winners. But that’s never stopped other reality shows (until it literally does, as the many now-defunct X-Factors demonstrate), and I imagine the Drag Race train will run as long as people keep jumping on for the ride.

This isn’t unique to Drag Race, though. Although the show has travelled to a fascinating midpoint between its countercultural beginnings and its undeniably mainstream current form, it’s just one franchise of many that are doubling and even tripling down on production and content. Hell, look at the seemingly billion shows that Disney+ has announced for the foreseeable, and even unforeseeable, future. Although Drag Race might be experiencing an uncommon level of saturation right now, and its fandom is louder (queerer) than many other fandoms, none of that fandom is clamouring for less Drag Race. 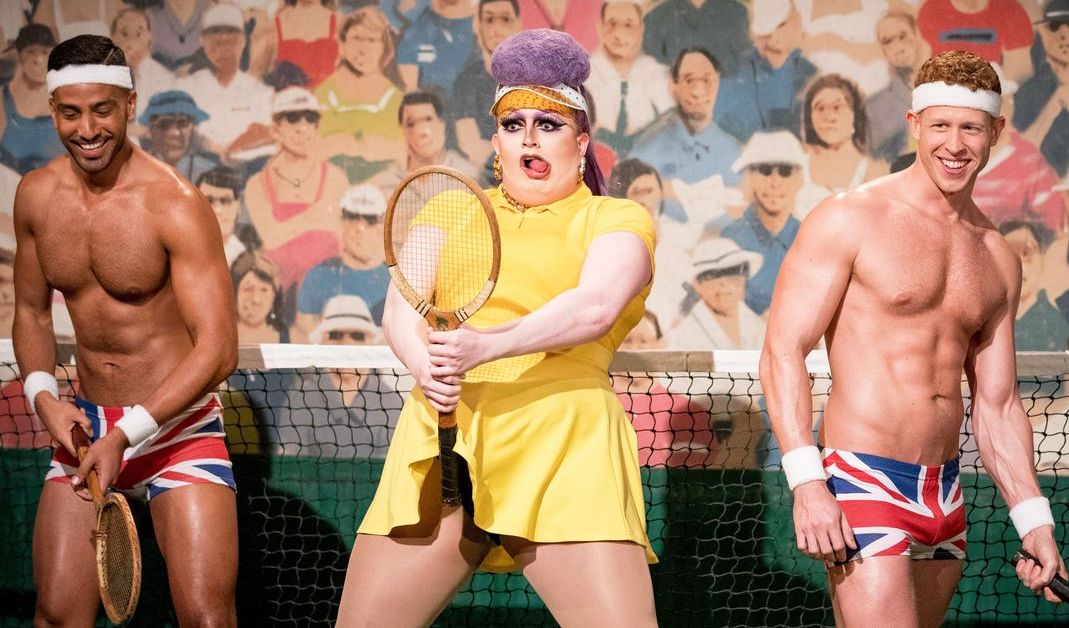 Think back, if you will, to the days where all you had to watch was what was on your TV. You could count the channels on one hand, and there were limited hours in the day. If there was, for example, five hours of cricket programmed for a Saturday night, that’s five hours of programming that wasn’t a movie or TV show. For a non-cricket fan, there was absolutely too much cricket, because it was taking up what limited space was available.

The idea of ‘too much’ comes when there’s some limitation; there can only be too much water if all you’ve got is a bucket. Not quite the same thing when it comes to an ocean, though. We used to just have the one bucket. Now we’ve got an ocean of content to swim around in. Unless the thing you love is well and truly done – we’re never getting more Freaks and Geeks, to name one example – then there’s as much stuff as you could possibly want to consume, with almost no limits on it.

Content’s not ice cream, though. If you’re a fan, there’s never too much of it. Of course, you can make your brain sick with too much of the same content just like you can make your stomach sick with too much ice cream. God knows, I’ve watched videos of Blackpink performing the same song, with the same choreography, on similar stages, at least 10 times in a row, and that can’t be good for my brain (Blackpink is the revolution).

Similarly, the way a lot of us consume this kind of content – especially something as memeable, gifable and highly self-referential as Drag Race– has expanded to fit the new reality. Once you’d watch once, in a bar, or gathered around the TV set with like-minded people. Now, that process happens online, over a series of days and weeks. We see the same clips replayed over and over, with witty captions or observations, until it’s all played out. It’s mentally exhausting. (Stress on mentally: It’s not like we’re in the mines here.)

In saying all this, it’s a choice. In this modern age, you have to choose to engage, and any obligation is self-imposed. The flipside of having so much content to engage with is that it’s your choice as a consumer whether to engage with it or not. The internet is functionally unlimited, with 500 hours of video being uploaded every minute to YouTube alone. The beauty of so much stuff to consume is also the horror: there’s so, much, stuff. But you can always close your laptop and take a walk instead.

So, yes, there might be too much Drag Race for me, personally. But for you? There might not be nearly enough. We live in beautiful, disgusting era where, if you look hard enough, you can watch more content than you could possibly watch in your lifetime, that seems catered especially for you. Make hay while the sun shines, they say: if you love it, enjoy all the Drag Race you can, while you can. I’ll make my own hay under some other sunshine.