Can we ever get enough of Dolly Parton? The answer is no.

Dolly Parton is everywhere right now.  Put the TV on and you’ll see the award-winning actor, writer and singer shimmering back at you, radiant with yuletide joy as the star of a new Netflix movie. Turn on the wireless and you’ll hear her yarning with both The Hosk and The Hill, charming them with her down-to-earth nature and relentlessly positive attitude. Hell, she even turned up on Seven Sharp to talk cabbage soup and insurance with old mate Jeremy Wells.

Tis the season to be Dolly, and if it feels like this year is turning a corner, it’s probably down to Dolly. While the rest of us have struggled through 2020, sweet angel Dolly Parton has done the mahi so we get the treats, and the past month has seen Parton unleash a tsunami of new work and important achievements. Sure, there was already a Parton podcast, documentary and Netflix series inspired by her music, but you can never have enough of a good thing.

If 2020 teaches us nothing else, it’s that we are the islands in Dolly Parton’s creative stream. Here’s why we’re seeing so much of this iconic music legend at once. 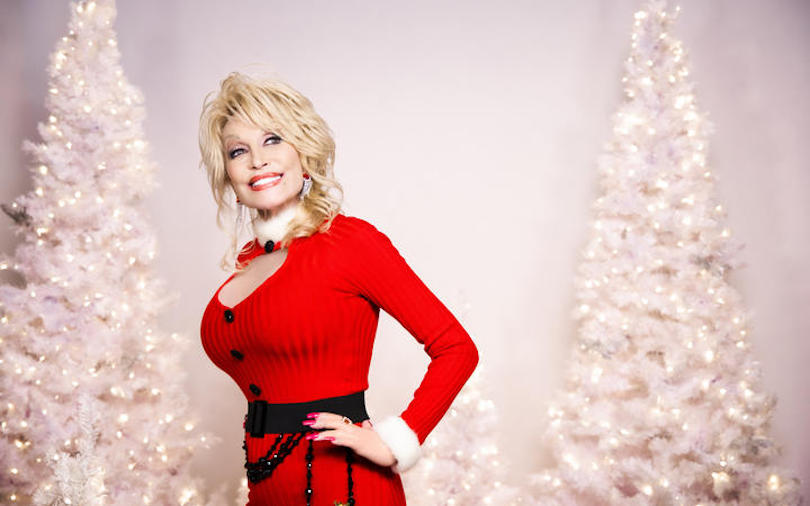 She helped find a Covid-19 vaccine

This is not a drill, Dolly Parton is actually saving the world. Back in April, Parton donated $1 million USD to Moderna, an American biotechnology company researching a Covid-19 vaccine. Last week Moderna announced preliminary results that their Covid-19 vaccine had a success rate of nearly 95%. Working 95%, what a way to make a living.

Last week Parton’s new autobiography Dolly Parton Songteller: My Life in Lyrics hit the shelves and quickly became a #1 Amazon bestseller. The book is a “landmark celebration of the remarkable life and career of a country music and pop culture legend”, and features stories behind 150 of Parton’s favourite songs, including 9 to 5, Jolene, and I Will Always Love You.  Photographs! Memorabilia! Candid insights! There’s even a photo of the corn cob dolls that young Dolly used to play with, a true cornie treat indeed.

She saved Christmas for one and all 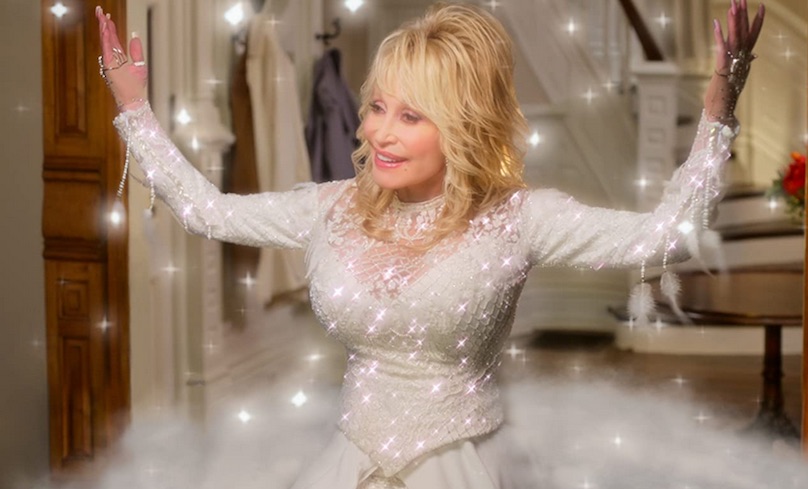 Not only does Parton star, write and executive produce Netflix’s new festive gem Dolly Parton’s Christmas on the Square, but she also created 14 new songs for the film. Christmas on the Square is as sentimental and schmaltzy as you would expect from a festive movie, making it the ideal antidote to the steaming cesspit that is 2020.  Parton plays an angel, because she is one.

But one gift is never enough at Christmas, and in October Parton released a new Christmas album called, wait for it, Holly Dolly Christmas. It’s her first Christmas album in 30 years and her 47th solo album, and she smashes out some Christmas classic with the help of country stars like Willie Nelson, Billy Ray Cyrus, and um, Jimmy Fallon. See? It really is the most wonderful time of the year.

Parton spent the pandemic reading us bedtime stories, and next month a new documentary will reveal the power of Parton’s global literacy programme, Dolly Parton’s Imagination Library. The programme aims to foster a love of learning in young people, and since 1995 has sent over 147 million free books to children around the world. The documentary will live stream on Facebook on December 9, followed by a live acoustic performance, because it’s Dolly Parton.

Oh, and Seven Sharp asked Dolly about her boobs Parton is currently on a whopper of a promotional tour, and appeared on Seven Sharp for a short interview. It was Jeremy Wells’s chance to ask the music legend some big, burning questions, and he didn’t let us down. “Have you really insured your breasts for six million dollars?” he asked. Hilary Barry hung her head in shame, as did we all, while true professional Parton carried on like it wasn’t the first time a man had asked a successful woman an irrelevant question about her body during an interview.

Basically, you can never have too much Dolly

Never forget she wrote Jolene and I will Always Love You on the same day. THE SAME DAY.