As Drag Race UK returns for another year, Sam Brooks reflects on how the Brits bring some much-needed brashness to the franchise.

RuPaul’s Drag Race is one of the most important reality show franchises in the world. It’s a platform not just for the art of drag, but for queer voices, faces and stories. Since the first season aired in America in 2009, the franchise has spawned seven spin-offs across the world, with a further three in the works.

Not only has it become one of the largest mainstream platforms for queer people, it’s one of the most constant. Especially in the past few years, there have been more weeks with at least one episode of Drag Race than there haven’t been. The importance of the show providing a safe space once a week where you can watch queer people be, and express themselves safely, can’t really be overstated.

In saying that, the constant stream of Drag Race can get fatiguing, especially if you’re looking at the slew of seasons that are readily available on Netflix and TVNZ OnDemand. Which is where Drag Race UK breezes in with a unique spin on the franchise: it’s wilder, with more bite, but without losing the sense of warm camaraderie that the other franchises can sometimes lack. It’s the one reality show where contestants can say “fuck yeh then” one minute, and “I bloody love yeh” the next, although the lack of a cash prize, thanks to the BBC bylaws, might also have something to do with that.

On that point, Drag Race UK is also the only reality show where you’ll hear contestants toss off the filthiest jokes you’ll ever hear on free-to-air TV. I wasn’t expecting to hear somebody joke about enemas on TVNZ on Demand (via the BBC), but after this many seasons, I probably should have been. This irreverence sits perfectly within the importance of the franchise like a Trojan horse. Come for the drag, stay for the queer representation.

The third season of Drag Race UK opens with clips from the past two seasons (the gumption! Lawrence Chaney!) to remind us exactly what we’re in for: drag performers sewing, singing and lip-syncing their way to be the next drag superstar. This season has an appropriate amount of contestants with punny names (Charity Kase, Kitty Scott-Claus) and hilarious stories (Elektra Fence, named after an electric fence video she went viral for) filling out the cast, as well as Victora Scone, the first cisgender woman to compete in the franchise. 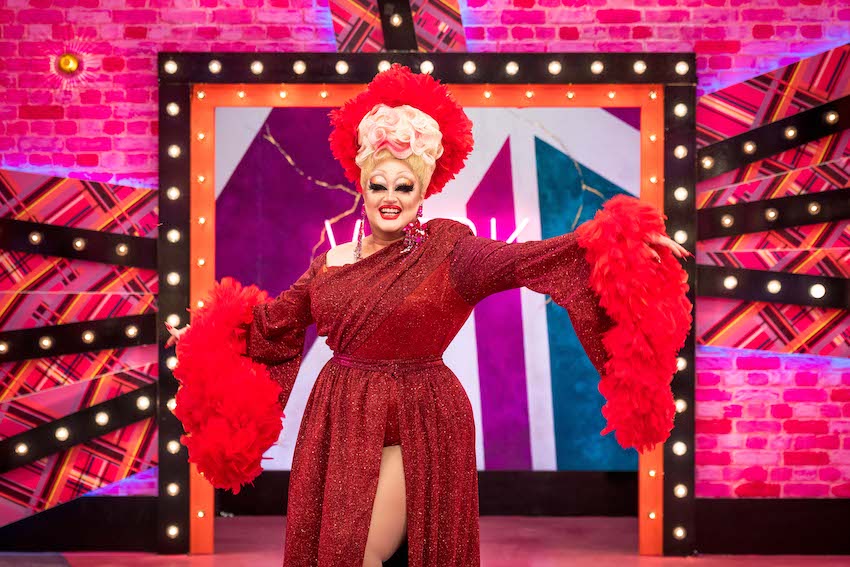 Something that Drag Race UK balances, better than any other spinoff, is showcasing the range of of drag on offer from across the far reaches of the UK, from Burnley to Birmingham to Newcastle-via-Spain. There are more accents in the series than you can shake a stick at, and while it would’ve been easy for the producers to stick to the London scene, to see them commit to queens from around the kingdom season after season is something other spinoffs could learn from.

Even with a gleaming cast, not even the Drag Race workroom is safe from the shadow of Covid-19. Last season of the UK series had to stop mid-way through filming due to the pandemic, and the scars of Covid were very visible when they returned. One of the frontrunners, Veronica Green, who caught Covid-19 during the break, wasn’t able to resume filming, and so was offered a spot on this season.

Where it would be easy to gloss over and focus on the sequins, Drag Race confronts the realities of Covid-19 head on. Chorizo May, a Newcastle-based Spanish queen, breaks down when she talks about being isolated for the past year. “It made me realise how much I miss people around me,” she sobs, gratefully accepting a hug from another contestant. It’s a sentiment that will resonate with many watching, and one of the many examples of an emotional moment that sits alongside the silliness.

The flip side to the increased prominence of Drag Race is that it becomes much more obvious where the franchise is dragging its heels. Victoria Scone, the first cisgendered female queen, is congratulated at length by RuPaul for breaking ground by being on the show. Given Ru’s own historic comments around women competing on the show and the fact that RuPaul casts it, it feels a little disingenuous. Why congratulate someone for breaking ground when you’ve been the one withholding the shovel? 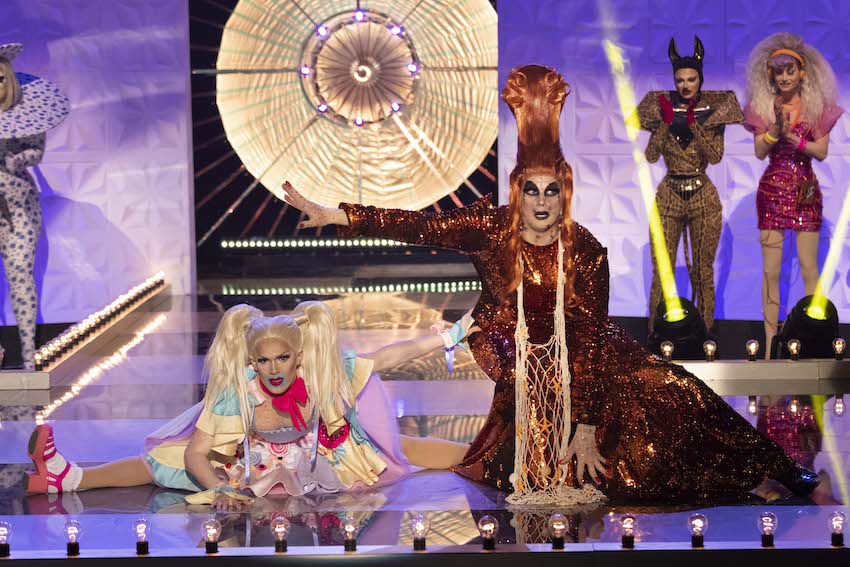 Gripes aside, there’s no denying that when Drag Race is firing on all cylinders, it’s one of the best-produced reality series out there, and a reliable source of “oh shit!” moments. It’s the rare series where you can have your (important, progressive) cake and eat it too, while watching two tremendously talented performers leap around the stage to a Little Mix song.

Filthy jokes aside, I can’t imagine another show on Earth that stops entirely to let a contestant, dressed up as a statue with a traffic cone on her head, stop halfway down the runway and point. Then shuffle along. Then point again. Just like Ru, I thought it was one of the funniest things I’ve seen all year. If this season can keep turning out moments like that, we’re in for a few more great months of Drag Race, with a special UK flair and polish.

Episodes of RuPaul’s Drag Race UK drop every Friday on TVNZ on Demand.