Many of Waitara’s residents want to escape their small New Zealand town, but exceptional new documentary Taranaki Hard proves they might not have to.

When Fati finishes a set of squats, bench presses or an early morning swim, his mum is right there to cheer him on. “Shake it out,” she’ll direct, while ticking his exercises off on a piece of paper. “Then you can do your amazing froggies.” The 16-year-old Warriors prospect wants to move to Auckland to further his NRL dreams, but he’s terrified he’ll miss his mum.

Kuru, meanwhile, just wants a job. Any job will do. At 18, the former head boy has applied for employment at two local meatworks, the aquatics centre and New World, passing his time with video games as he waits for a call back.

When Leon, a checkout operator at his local Countdown, gets drunk and tells his inner circle he’s too good for the town, their reply is scathing: “Be humble, bro.”

The common thread in Taranaki Hard, Three’s exceptional deep dive into the everyday lives of Waitara millennials, is obvious: everyone dreams of escape, but they’re too scared to leave. Wanting to flee for bigger things will be a familiar mindstate for anyone who was bored, restless and dreaming of big-city life while growing up in small-town New Zealand.

That makes the 15-or-so subjects of Taranaki Hard – a must-see documentary in a year that’s been full of them – instantly relatable. It certainly is for me: I fled my 17-year upbringing in Whanganui as soon as school finished, escaping to Auckland, where, aside from brief stints in New Plymouth and Wellington, I’ve never really left.

But there’s one major difference between my story and those featured in Taranaki Hard: back then, there was no Facebook, Twitter, Instagram, Snapchat or TikTok. Everyone in Taranaki Hard has grown up with social media. It’s all they know. And they’re all over it. 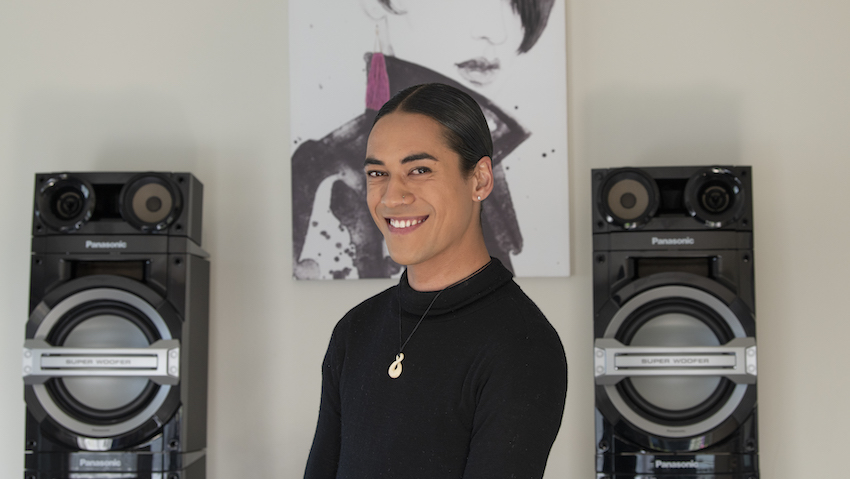 Take Leon. At 25, he runs the irony-heavy Keeping up with the Waitarians Facebook group, posting regularly to a loyal following of 46,000 fans. That’s more than seven times the population of Waitara. Leon’s already notorious, and semi-famous, thanks to his hometown. When the creators of Taranaki Hard first visited Waitara searching for participants for their documentary, he was the first one they found.

That social media savviness and reality TV readiness is on display constantly in Taranaki Hard, with many of the show’s stars seeming to know exactly what the camera wants from them. As Kuru prepares for a day of video games and waiting for the future to arrive, he jumps in the shower and sings, beautifully. When he gets out, he wipes mist from the mirror, looks himself dead in the eye and declares, “Hello, you handsome man,” with the deepest voice he can muster.

When Rana visits her mother’s gravestone, she scatters flowers around it, tells her she misses her, then curls up neatly on the grass as the camera pans out for a perfectly framed shot. So fully formed are Taranaki Hard’s subjects that it can often feel like you’re being introduced to the cast for a new Kiwi drama show, not a documentary on supposedly everyday New Zealanders.

That’s certainly the case with Axel, the town mechanic and, as his mother calls him, a “fuckin’ bogan”. The 25-year-old may not be world famous in New Zealand just yet, but after the first episode airs, he almost certainly soon will be. 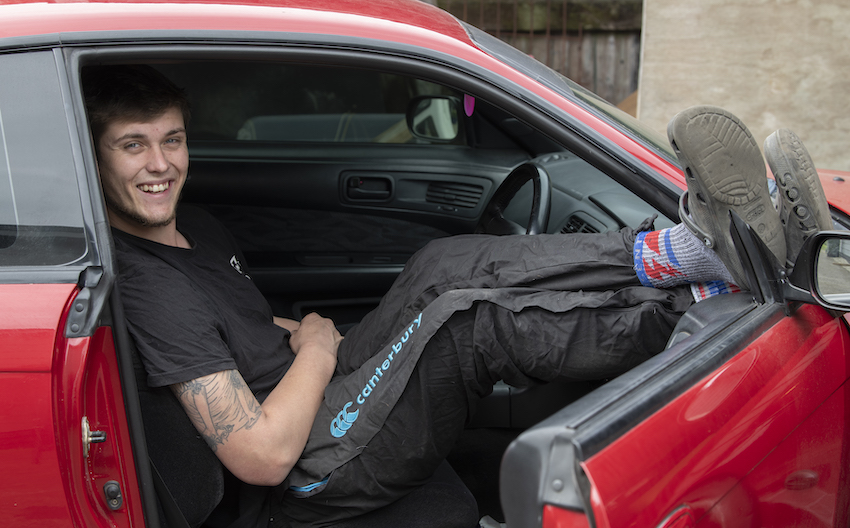 Each of Axel’s scenes seems set to become a meme, from Taranaki Hard’s opening shot in which he waterskis with one hand while sculling from a can of Double Brown, to doing motorbike burnouts down the street while his mum yells at him to put his helmet on. In his black tees and wraparound shades, he’s a classic car-loving, beer-drinking, fence-pissing bogan. But there’s so much more going on with Axel.

In one key scene, he admits to the confusion he feels over his missing dad. “Just a beer in a pub would be nice, eh,” he laments. In the second episode, Axel admits to struggling with grief when his girlfriend dumped him in favour of her OE.

“If I could turn back time, I would have jumped on the plane with her,” he says. “I want to taste the world. I want to see it all, the whole lot of it. There is just so much out there. I hear it calling and I reckon I’ll shine.”

It’s a statement that could apply to almost everyone who features in the show. But if Taranaki Hard makes one thing clear, it’s that Axel doesn’t need to leave Waitara to go and find the world any more. Thanks to this consistently compelling, emotional and heartfelt documentary, plus the power of social media, it’s about to come and find him instead.

Taranaki Hard screens on Three on Monday nights at 8.40pm and is available for streaming via ThreeNow.