The Spinoff continues its deep dive into the world of weird and wonderful fashion and asks: is luxury French fashion house Maison Margiela taking inspiration from a 90s Kiwi television icon?

Since its start in 1981, What Now? has managed to accomplish a lot of things in its 37-year history. It’s become New Zealand’s longest-running kid’s TV show, kick-started the careers of countless presenters and hosts, and even entered the slimy, soapy substance known as gunge into eternal Kiwi folklore.

As fondly as many of us remember this Sunday morning riot, we also have fond memories of one of its most iconic characters: Props Boy, whose irreverent antics and bold fashion choices left an indelible mark on the nation. And while it’s been almost two decades since Props Boy and his trademark bucket hat with inbuilt orange visor left New Zealand screens, revelations from last week have left us wondering: is the classic 90s look on the verge of making a comeback?

It is if you’re Maison Margiela.

At Paris’ Haute Couture Fashion Week, models for the luxury French fashion house stomped the runway dressed in a plethora of swimming cap/hiking gear inspired looks from its Spring 2018 collection. One look, however, stood out slightly more than the rest (if you’re a 90s kid from New Zealand, that is).

“It’s always a good idea to keep an eye on the latest haute couture fashion,” wrote Kanoa Lloyd of The Project fame on Instagram last week. “This Maison Margiela look is so fresh. I just knew I had to have it straight away.” 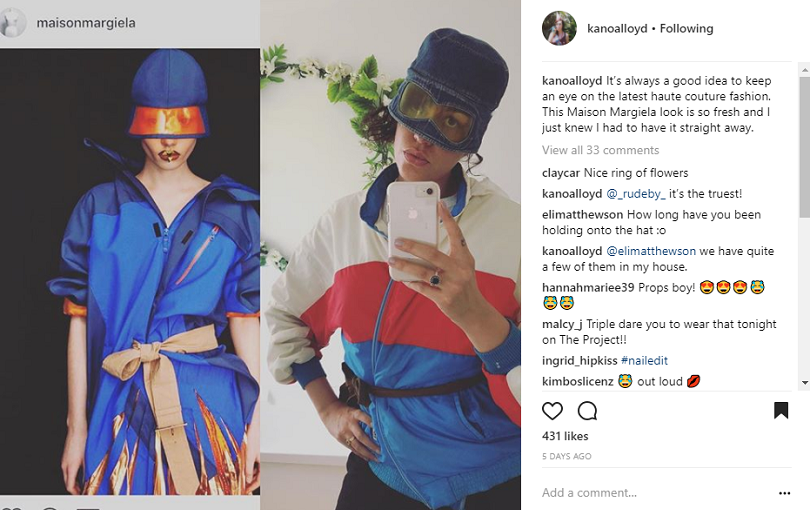 Mikee Carpinter, aka the real OG Props Boy, says he found it “pretty funny to see the hat at fashion week”.

“Kanoa’s my wife so my hat is [never] far from a good photo op.” (“We have quite a few of them in my house,” she noted on her Instagram post).

Carpinter says he’s seen “a few different people wearing versions of it over the years” and adds that “if it does come back into fashion, then I’ll be the first one to be rocking mine down the beach next summer for sure.” 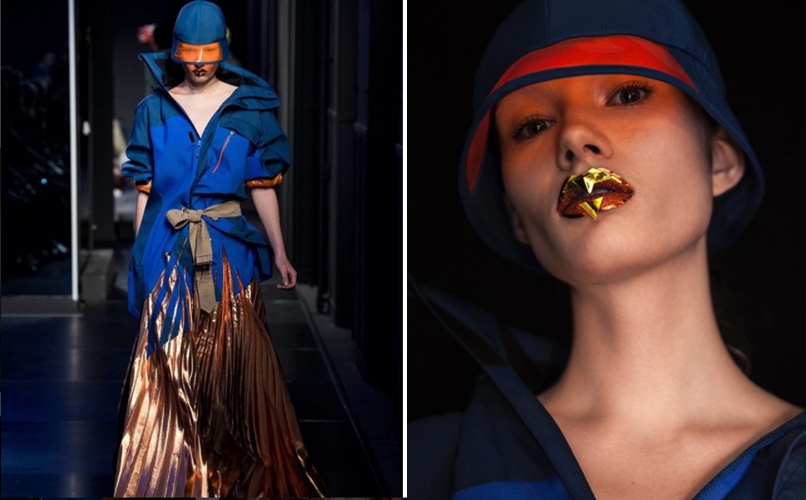 This isn’t the first time the visually distinctive headwear has made an appearance on some of the world’s most glamorous catwalks. American designer Thom Browne came out with his own version of the hat/glasses hybrid in 2010, while British clothing brand YMC also dabbled in the eclectic combo on a London catwalk in 2014.

In a departure from the bucket hat trend, but still clearly Props Boy-related, Italian apparel brand C.P. Company’s goggle-infused pieces feature some stylish beanies which retail for a cool 90 euros (approx. $150 NZD), presumably for when your face is just as cold as the rest of your head. 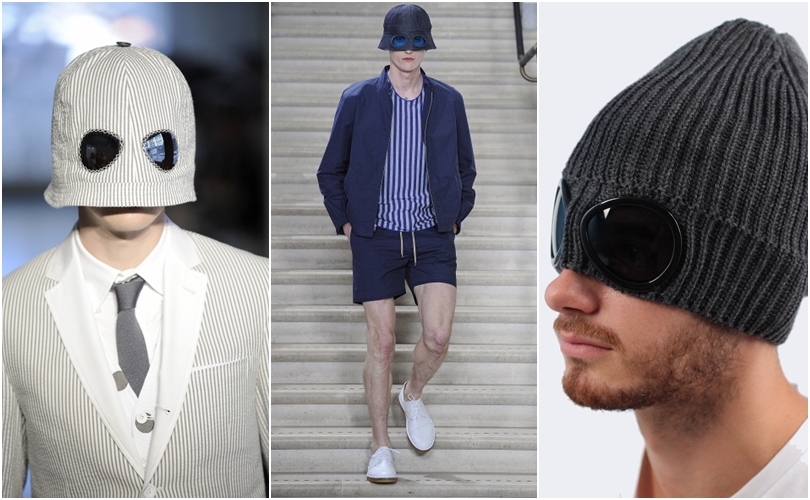 While there’s no doubt the look is iconic, we’re still left asking: is it fashion? We asked premier style authority Colin Mathura-Jeffree for his thoughts on the Margiela/Props Boy situation.

“Fashion is a strange bank of fabulousness that’s open to interpretation and reincarnation,” he says. “In saying that, this is so obviously too close for comfort. The design label can see for themselves what has happened so blatantly. I look forward to reading their strategic explanation and potential solution to such an embarrassing situation. Congrats Props Boy: a true influencer of fashion trends.”