Once plentiful, Kauri and Tohorā now face the threat of extinction. To save them we need to listen to the message of Tiwaiwaka, writes Donna Kerridge.

We’ve heard it all before: New Zealand was a nation dependent upon whaling and logging for its economic survival and today we depend on farming, fishing, gas and oil exploitation and the repeal of the Resource Management Act. The answer to the challenge of our economic survival is to take better care of Papatūānuku and to take no more than we reasonably need to in order to survive and be well. No more and no less.

Twenty million years ago, the ancestors of Kauri (Agatha australis) and Tohorā (Southern right whale, Eubalaena australis) lived side by side on the land as brothers. They were inseparable. Tohorā began to feel a yearning for the ocean and would visit as often as he could. One day Tohorā went to his beloved tuakana and asked him to come live in the ocean with him. Kauri, not wanting to leave the land, gave Tohorā his blessing as they exchanged parting gifts. Tohorā exchanged skin with Kauri, complete with scales so that he could grow tall and majestic above the tree canopy, free from the encumbrance of their many epiphytic siblings and in readiness for the day when Kauri would join him on the ocean waves. Tohorā’s skin was now smooth except for large callosities in place of the scales he had given to Kauri. Kauri in turn gave Tohorā his oil, so that he might have extra warmth as he traversed the oceans currents. Tohorā now had twice as much as blubber as his cousins the sperm and humpback whales. Kauri kept for himself only enough sticky resin to heal his skin, should he need to shed any of his newly acquired scales. After the departure of his brother, Kauri occupied the many mountainous ridges along the length of Aotearoa so as to catch a glimpse of Tohorā at play in the ocean on his visits to Aotearoa. Tohorā came home every year to see his brother, hugging the coastline and breaching the waves so that he might catch a glimpse of him growing high on the hills.

Over time, Kauri became cold without his oil and slowly began to dwell only in the warmer, upper reaches of his homeland. Tohorā found love with others of his kind but would never venture beyond the southern reaches of the equator in order to stay close to his brother. For generations, Tohorā has continued to return each year to his paternal homeland looking for sight of his brother.

Now, 20 million years on, Kauri and Tohorā have both fallen victim to an illness that has overpowered their youngest siblings, the people.

With the onset of the industrial revolution, people were becoming increasingly unwell. People began to lose touch with their roots, their connections to the natural world as they moved off the land, into cities. As a result of demands for a better life, greater wealth and access to more of the worlds resources, both Kauri and Tohorā became sought after commodities – goldmines of the forest and sea. Kauri for his valuable timber and Tohorā for his overabundance of oil. At the time, both our largest exporters and the government proclaimed that continued logging and whaling were essential for New Zealand’s economic survival.

Kauri and Tohorā were harvested in the thousands and sent to offshore lands, almost to the point of extinction.

As a result of this 150-year frenzy, 96% of both Kauri and Tohorā populations were decimated. Trees that were standing at the time of Christ were being felled without a second thought and the world population of Southern right whales was reduced to less than 40 in number.

At the end of this same period, many people found themselves almost deaf to the sounds of Papatūāku’s voice, blind to the signs she put before them almost daily and ignorant of their social responsibilities to ensure the health and wellbeing of the ecosystems that sustain us all. These are the consequences of detachment from our natural world.

Enter Tiwaiwaka, the tiny fantail bird that first challenged Kupe on his arrival to Aotearoa – the small but fearless warrior, messenger and protector who challenges the motives of those that enter the realms of Tāne Mahuta.

Tiwaiwaka is more restless today than ever, as she senses the growing urgency to deliver her message. She brings with her a message of hope. She is here to remind us that by steering our waka toward the higher path of caring for Papatūānuku and away from the people’s trajectory of self-destruction, there is hope, if only we can see that caring for the whenua is our greatest priority and privilege. 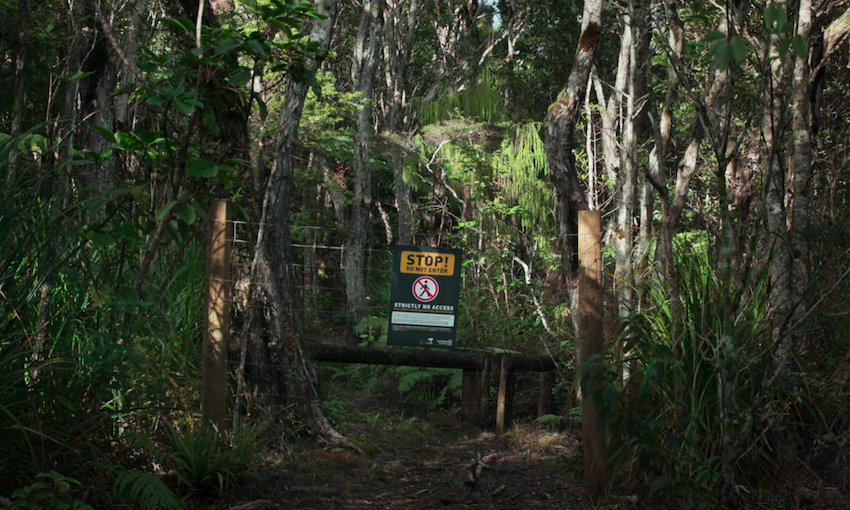 The exploitation of our brother Kauri began at the hand of the people and is now exacerbated by the tree destroying pathogen, Phytophthora agathidicida, which severs its access to nutrients and water. We are incubating a similar fate for ourselves if we do not heed the message from Tiwaiwaka. We must wake up and accept that our survival is dependent on the survival of all species around us and the care we give to our Mother Earth.

The survival of Kauri will require more than an antidote to Phytophthora. We must move faster than the increasing motion of evolution if we are to change our current trajectory. Nothing has greater priority than the restoration of mauri, ours and that of Papatūānuku. Sustaining economic empires that serve a few will not save us.

Kauri suffers not only from the challenges presented by Phytophthora, but predation from introduced animal life, destruction of habitat, air and water born pollutants and accelerated climate change. The plight of our Kauri is a tohu that unless action is taken now, on all levels to restore our natural world as much as is humanly possible, the cascade of environmental destruction and species annihilation will hasten and we will not be immune to its breaking point.

Like us, Kauri does not exist in isolation – he is only as strong as those around him and the environment that supports him. In order to heal Kauri we must unite to heal their environment first and foremost.

In the words of environmental advocate Rob McGowan: “Rangatiratanga is not about power and authority; it’s about humility and courage. Humility enables us to see that, if we are to meet the challenges of our time, we need to work together. Courage is what is needed to take the lead in bringing the people together to achieve that”.

Frame is a series of short, standalone documentaries produced by Wrestler for The Spinoff. Watch more here.

Made with support from NZ On Air.