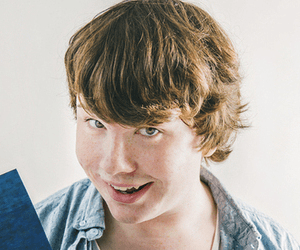 James Malcolm is a 2016 Billy T Award nominee and winner of the 2014 NZ Raw Comedy Quest. If everything goes to plan in James' life, he will one day be the host of his own talk show, the dashing young husband of Chris Warner from Shortland Street, and Suzanne Paul's gay best friend. As seen on TV3's AotearoHA Rising Stars.

Behind the LOLs: James Malcolm’s prenuptial agreement for Chris Warner

Comedian and Billy T nominee James Malcolm is trying to marry Chris Warner from Shortland Street, but he'll have to sign the prenuptial agreement first.
By James Malcolm
Guest writer