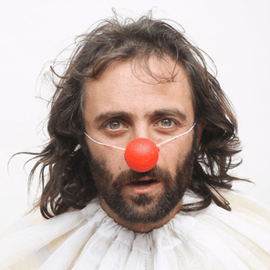 Thomas LaHood is one of the writers of upcoming theatre show, Odd One Out and is the Marketing Manager of Barbarian Productions. He is a graduate of the Bonts International Clown School (Ibiza) Autumn Academy 2006. He is an experienced performer and clown with a history of physical performance including the touring children’s shows Tale of a Dog (Capital E, 2008-9), and Caterpillars (2015 -), as well as frequent commercial acting roles.

There’s no tougher audience in theatre than children

When your audience is children, and their attention spans are shorter than their tempers, how do you keep them entertained at a theatre show? Thomas LaHood talks about his approach.
By Thomas LaHood
Guest writer