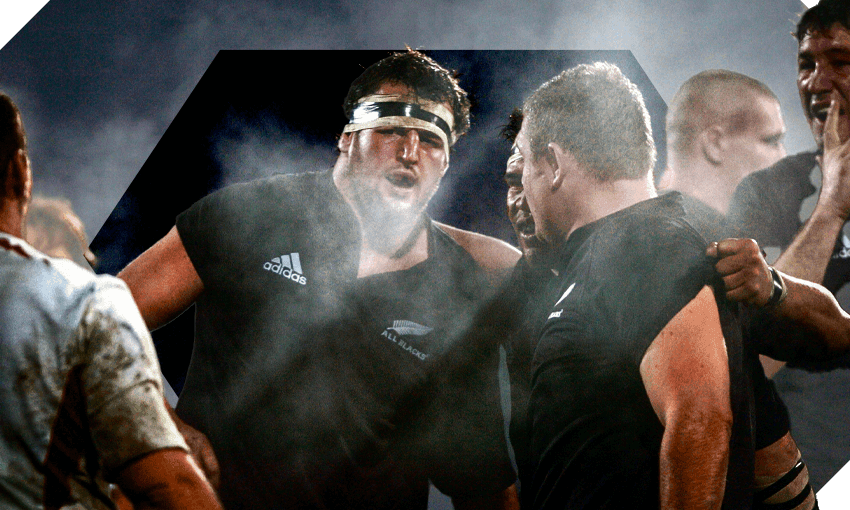 The Daily Mail described the court case launching this week as rugby’s “day of reckoning”.  Those who dismiss that as hyperbole might be best served to read A Delicate Game: Brain Injury, Sport and Sacrifice.

Released in March, this 340-page narrative nonfiction book is an excellent primer for the multi-million pound legal claim against World Rugby and two national unions (England and Wales), which heads to the courts in the UK this week on behalf of 185 brain-damaged former players, including All Black Carl Hayman.

Hayman doesn’t feature in Walker-Brown’s book. But both rugby codes, union and league, are cited as sports significantly contributing to CTE (chronic traumatic encephalopathy), which causes a slew of irreversible neurological disorders including early onset dementia.

New Zealand-born former English test captain Dylan Hartley is the first name New Zealanders might recognise. He turns up at the start of chapter two, which is titled “Play On”, via a quote from a Guardian interview in 2020.

“If you’re hurt, get up. If you fall down, get up. Carry on kid … rugby is like that on steroids.”

What comes next is the harrowing story of 14-year-old Irish schoolboy Benjamin Robinson, who died over a decade ago from “second impact syndrome”.

It is a tragic reminder that CTE is a community-wide challenge. The elite stars capture the headlines. But for every Jeff Astle (an English soccer hero of the 1960s who choked to death aged 59 and was found to have a degenerative brain disease from heading the ball) there is a Ben Robinson.

Walker-Brown visits and interviews Robinson’s family and Astle’s daughter Dawn, a remarkable woman who saw her father die in front of her and worked tirelessly to hold English football authorities to account. The personalisation of those left behind makes this book a tough read.

Dawn Astle recounts her excruciating battle to get English football authorities to acknowledge the game’s role in her father’s premature death. It is a recurring and unsettling theme. Organisations and individuals who are more willing to turn a blind eye than confront a deepening challenge. It is even more obscene when it becomes blindingly apparent that their motivation is profit.

Hartley used the phrase “industrialised brutality” in his autobiography The Hurt, in a chapter titled “Meat”.

I thought, too, of what Hayman said in a recent interview with the Guardian: “I was a commodity.  Now I’m paying the price.”

The initial discrediting of American forensic pathologist Dr Bennet Omalu, the man who took on the National Football League (NFL) in a lengthy fight to have CTE recognised and thousands of players compensated (and was immortalised by Will Smith in the 2015 film Concussion), is mirrored in the reaction of other collision sports as they react to the inevitable.

Other than the powerful personal stories of the afflicted, their carers and family, the most striking feature of the book is the lengths sports organisations and administrators will go to in either discrediting the science or, even upon accepting it, failing to move swiftly enough.

Walker-Brown shames the officials and administrators who preferred to look the other way. It is a powerful record and testimony.

Two years before Concussion screened, the NFL settled a joint lawsuit taken on behalf of 4,500 former players for $US756 million. There have been other suits since and the total figure now paid out by the NFL exceeds $US1 billion.

Little wonder rugby is so nervous. Three weeks ago World Rugby had to defend its concussion policies after a former member of their own medical team accused them of “playing Russian roulette” with players’ brains with the use of “unscientific” head injury assessments.

Rugby is by no means the only sport featured here. CTE is the official descriptor given to what was once known as “punch drunk syndrome” within boxing. But rugby league, Aussie Rules, football, BMX and hockey are all highlighted.

Walker-Brown covers high-profile cases in American football as well as the poignant tale of legendary Aussie Rules star Danny Frawley, who took his own life in a single car crash the day after his birthday. Frawley, 56, had CTE.

It’s not just the court case that makes A Delicate Game a book for the moment. Walker-Brown’s depth of knowledge around the science and medicine of brain injuries, combined with deep personal stories, makes this a book that parents considering letting their children play high-risk collision sports should read.

One weakness of the book is that it barely touches on concussion in women’s sport. Perhaps this is because there is insufficient data to date. But given New Zealand Rugby recently confirmed concussion rates in the female game are significantly higher than among men, it is an area that demands equal attention.

The more we learn, the more disturbing this entire topic is becoming.