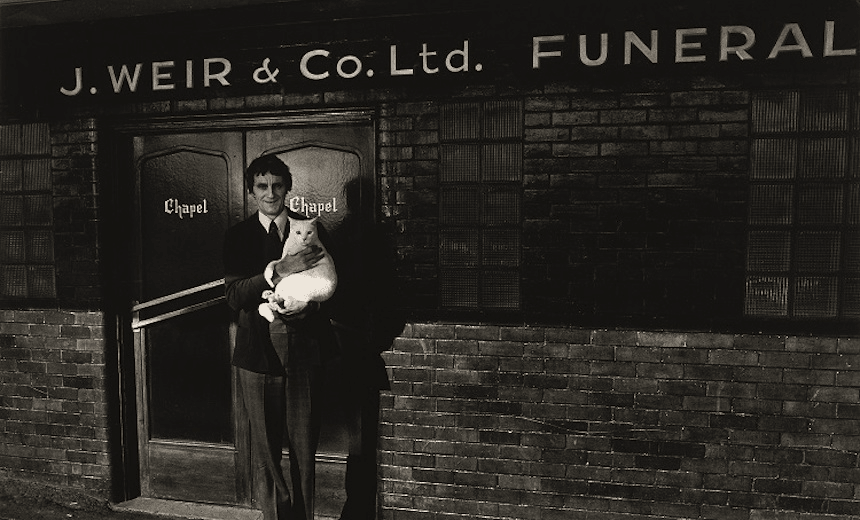 Ockham national book awards: The pictures are the thing

All week this week we feature books and authors who are nominated for next week’s Ockham national book awards. Today: Steve Braunias gazes upon the wonders of one of the four finalists for best book of illustrated non-fiction.

Here is one of the reasons New Zealand Photography Collected (Te Papa Press) by Athol McCredie is a finalist at next week’s Ockham national book awards, and could very well win the whole damned thing.

Robin Morrison! There’s probably some kind of seething dissent against him in a dark art corner – all those romantic South Island images, wasn’t he just the Anne Geddes of the road? He took beautiful photographs and maybe sometimes they were just too cute. But there was a pure documentarian instinct to his work, like the 1976 classic pictured above.

Of course his work makes it into New Zealand Photography Collected. It’s a kind of greatest hits, the best of the archives pulled from our national museum; it’s the canon, it’s what you expect. Never mind the curating, the pictures are the thing. There are over 350 of ’em. There’s stacks of yer Burton Brothers, yer Spencer Digby Studios. There are portraits and landscapes and National Publicity Studios. There’s Les Cleveland and Theo Schoon, and then the great wave of photographers from the 1970s onwards, given an intellectual jolt by Photo Forum.

There’s misfits, such as John Daley, who created this iconic image of adult life after dark in New Zealand.

He’s quoted in the book, “I was an only child of elderly parents and I really didn’t know very well how to relate to people, and people were a curiosity to me. This was my way of observing their world and working out how things worked.”

Aberhart, Peryer, Brake; Westra, Friedlander, Connew. As for the text, it’s sober and hushed, and seldom refers to the actual subjects of the photographs, to the thing being photographed. It’s also pretty much completely humourless, because photography is Very Serious, and because Te Papa.

But there are brilliant insights, too, like McCredie’s commentary on the great Peter Black: “His subject has never been the exotic or different but something more difficult to capture – the mundane and familiar stuff that surrounds us but which most us don’t really see….It is an uncomfortable, sometimes embarrassing sight but it is our world, and Black reflects it back to us unflinchingly.”

My next book is a photoessay with Peter Black called The Shops. It’s about shops. We’re working from about 100 of his images and McCredie’s remarks are true of very single one of them.

New Zealand Photography Collected ends with women photographers – Anne Noble, Ava Seymour, Fiona Pardington, Ann Shelton, the inevitable Yvonne Todd. One of the stand-out photos in the whole book is about a woman’s life – the hats of Mary Tiva, a Cook Island woman. Photographer Glen Jowitt met her at a dairy in Ponsonby, and asked whether he could come over to her house and take photos. He found a spare room with raffia hats laid out on a bed.

I met Jowitt once. GOD ALMIGHTY HE WAS LOUD but he took such a sensitive, intimate photo. He’s quoted in the book, saying that  Tiva accompanied him to see his work exhibited at the Auckland City Art Gallery: “She looked at this picture and she gave me a big whack on the back and asked, ‘Why you do that? Why have you got my hats in here?’ And it was just one of those beautiful moments. The older Cook Island mamas, when they feel that you’re being good or they love you, they will give you a whack on the back. It will really surprise you.”