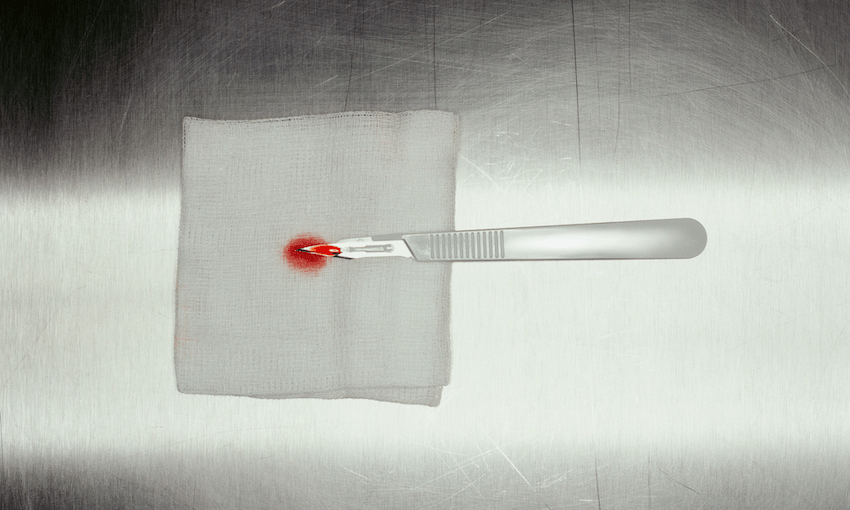 The Friday Poem: What I Learnt from Aotea College’s Forensic Science Class, by Danny Bultitude

By Danny Bultitude
Guest writer
Made possible by

What I Learnt from Aotea College’s Forensic Science Class

Only offered it so we’d start to idolise the cops / some agreement with the police college next door
So we didn’t become / undesirables / like so many of our friends and parents / called scumbags
And burnouts by the cops who visited occasionally / to rebuff our questions about catching rapists
Or serial killers / like they did on TV / but never seemed to encounter / on Porirua’s slow streets.

Most memorable hour was dissecting a damp rat / to determine its cause-of-death with knifepoint
And tweezer / so unlike the American Kids / who dismantled foetal pigs / and tortured live frogs
Instead of stinking rats near-bald with freezer burn / and sweet rodent faces and such tiny hearts
They looked unreal / the coils of intestine dainty / as friendship bracelets / ribs brittle as eyelashes.

Overly eager boys stabbed with their scalpels, puncturing / grape-small lungs and amputating feet
Making the girls run / by pretending to drop entrails / down shirt-backs / into friend’s mouths
Or simply chasing them between the desks / with viscera swinging from their firm tweezer-grip
As the teacher looked on / boys will be boys / clapping their hands, yelling / that we do our work.

Nothing inside the abdomen spoke up to us / although Jess yelled “It died of a heart attack” to
Undue laughter / as I moved the blade up / up against the rat’s throat / and split the trachea
The ribbed cartilage that felt so much like my own / which sprung open as if it were always straining
As if all the tension / built up over years / of keeping your throat intact / was enough to halve you.

Touched the throat of every romantic partner since / recalling the precise sensation of my cutting
Through that cartilage / revealing the ridged pathways / to each lung / and freeing the Adam’s apple
Shiny and red inside each man’s neck / like the tiny chips of glimmering Pāua spilling from the
Rat’s open wound / all opalescent and bloodless / waiting for collection / dropped in a kidney dish.

We got told off for stealing the Pāua chips because / they were meant to be used the year following
Ending up inside / raisin boxes and sock drawers / our linty pockets among crumbs / and tissue fibres
Destined to fall through the pinholes in the washing machine / glued to a handmade card for mum
Certain to leave / a sour feeling around your sternum / if you remembered their / specific origin.

We knew the teachers had planned it for us / every rat dying peacefully, whether gassed, frozen, or
Electrocuted / however they did it / but I could see them around the table / laughing about failing
Students and marital problems and drinking / Earl Grey from those brown-glass cups with those
Fragile tracheas / forcing Pāua down the throats / of frozen rats / tweezers click against buck teeth
Going down so deep / that no student could see / the sparkling / by just peering / inside the mouth.