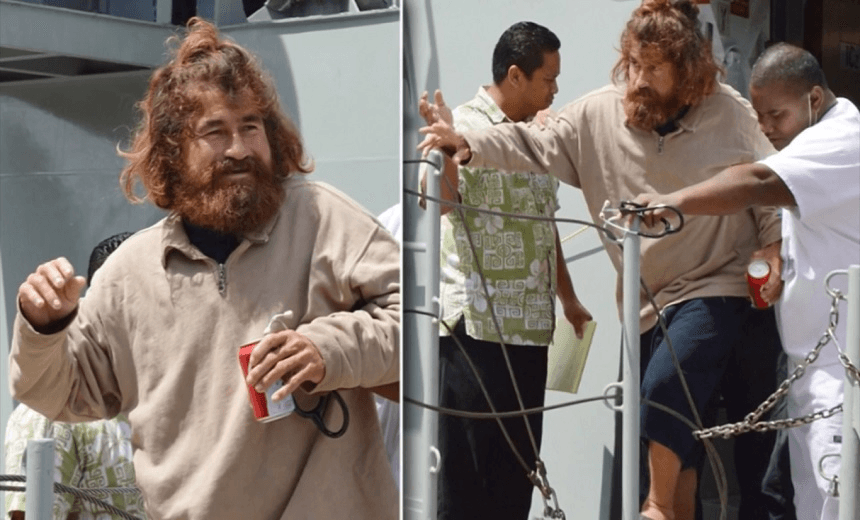 The forever temptation for a journalist is to make it absolutely explicit in their story that he or she has engaged in actual journalism. These days, some readers might be confused as to what ‘actual journalism’, actually means.

To my mind it means doing actual work. It means finding sources, whether it be documents, data, or, dare I say it, human. It don’t mean regurgitating tweets or scrolling Instagram feeds looking for something that isn’t there to draw meaningful conclusions on the nature of truth.

It means speaking to people that don’t have a minder. It means leaving your desk and finding something out that you didn’t know before. The best work of all colours of the craft repeats and repeats this rather simple technique and mulches it into a digestible pulp. It then mashes it all together and elegantly crafts a papier mache mallet to batter a reader over the head with. Because, as we all know, attention is everything.

What is known variously as ‘narrative journalism’ actively seeks to disguise the amount of work actually done. This type of work uses the best means mankind has at elucidating our closest version of reality. But then rather than put it all into a Wikipedia article, it wants to plant the reader in the story and carry them through it like they are sitting captively in a cinema, eating popcorn, learning, discovering, engaging. That’s an image that helps me sleep at night.

In fact, it’s something I often keep my senses open for whenever I start reading a piece of narrative journalism. Would this make a good film? Is this a good scene? Is this a good plot? Do I like the characters? Am I intrigued?

In fact, it’s the sole idea behind one online magazine, Epic, that seeks out stories that they think would make badass films.

John Franklin’s brain seems to work in a similar way. His latest book, 438 Days, is a god damn yarn for the ages and definitely film material. To get the yarn, he definitely left his desk.

In November 2012 he was heading back from a fishing trip with a colleague when his engine failed in a massive storm only kilometres from his home on the west coast of Mexico.

In January 2014 he was crawling onto white sand beaches on a remote atoll in the Marshall Islands. That’s a trip of close to 10,000km – very likely the longest solo drift in the ocean, like, ever. And Salvador survived.

So Franklin, who covered the event at the time for The Guardian, tracked down our protagonist and spent a year interviewing him, corroborating his story with friends, family, witnesses and officialdom and giving Alvarenga’s tale the attention it deserves.

Because when the news furore dies down and everyone goes back to work, and the bearded, mangy-haired fellow goes to the barber and is able to change his diet from sea turtles and seabirds to tortillas, what people want to know is – how the hell did that happen?

438 days seeks to explain it. And so Alvarenga’s Odyssey begins – as an El Salvadorian man on the run, a fisherman of some repute, a fun-loving, dope-smoking, subsistence-living man of life and pleasure. But above all Alvarenga is a survivor and it is the means that he employs during his journey to do just that which is both terrifying and awe inspiring.

He caught fish with his bare hands, set up rainwater catches, created a dystopian aviary from snatched sea birds by breaking their wings and having them flop around on the deck of his tiny fishing boat until it was time to eat. He drunk sea turtle blood for god’s sake.

There is something about a survival tale that seems to speak direct to humanity’s dormant primordial ability. Once, a long time ago, life was really, really, shit. You had to work really hard to live. Now it seems so easy not to toil the land or crop rotate and rather simply and illegally binge watch that thing that everyone’s been talking about on the internet.

This suppressed feeling might also be why people are presently in awe of Leonardo Di Caprio’s portrayal of a ‘based on a true story’ character who catches fish with his bare hands, slices open horses and crawls inside to stay warm and generally looks cold, grimy and maniacal for a couple of hours.

Alvarenga too hauls that instinct out of almost extinction and it is fascinating as it unfolds – a long drift at the mercy of the currents, with nothing on the horizon but more expanse of the Pacific Ocean and the inner workings of one’s own mind. Somehow, he keeps going and resists the urge, like his colleague ended up doing, to curl up in a ball and die, or go totally insane, or end it all himself.

So there are jarring moments when the author hauls us out of the cinematic grip he has created and introduces a random psychology expert from some university from somewhere in the world to describe what may have been occurring in Alvarenga’s mind, or some nautical expert about what it’s like to be alone at sea. Or a nutritionist to describe what drinking turtle blood does to the human body. It’s almost as if the author wants to prove to us that he has done a lot of work. He doesn’t need to. I believe him! Just keep me in the cinema, please.

But of course I can have one small gripe with it, because really I’m just intensely jealous. It’s a story I wish I had the capacity to write.