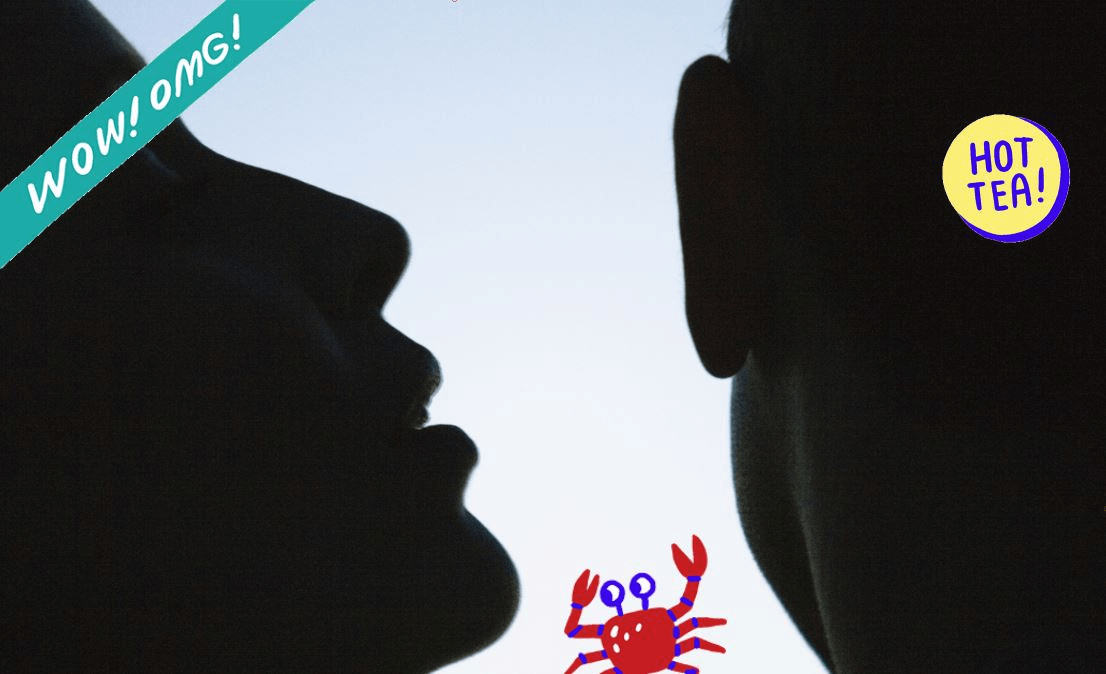 Gossip Week: Gossip fosters important social bonds, and some experts believe humans developed language so we could gossip about one another. Danyl Mclauchlan explores the role gossip plays in our lives.

Back in 2014, Yuval Noah Harari’s book Sapiens: A Brief History of Humankind became an unexpected bestseller. It was a dazzlingly counterintuitive history of humanity, and one of the many ideas it throws at the reader is the argument that homo sapiens developed language so we could gossip about one another.

The orthodox theory of the emergence of complex language was that it allowed humans to hunt and gather more effectively. But the theory Harari endorses, first promoted by the evolutionary psychologist Robin Dunbar, is that the primary driver of human intelligence and social complexity is gossip:

Social cooperation is our key to survival and reproduction. It is not enough for some men and women to know the whereabouts of lions and bison. For them it is much more important to know who of their troop hates whom, who sleeps with whom, who is honest and who is a cheat.

The amount of information that you need to obtain and to store in order to keep track of all the relationships is really huge. Scientists have calculated that in a group of 50 people, there are about 1,225 one-on-one relationships. There are also more complex relationships between three or four people.

The story Harari tells is that language mediated gossip developed about 70,000 years ago, and that powered the cognitive revolution which allowed our species to scale up from small bands of scavengers to larger tribes with specialised roles and division of labour.

It’s a story which gets support from the sociology literature on human communication. Most of what modern humans talk about with one another is a form of gossip. We seem to have a hardwired fixation to know about what the other members of our society are up to – especially the attractive or powerful; our high status, high prestige leaders. Are they trustworthy? Are they friends or rivals? Are any of them breaking any social or sexual taboos? If so, can we hear more about that in really specific detail?

But this addiction to gossip gets broken by the modern world. Our local communities are a lot more fragmented; the individuals within them are a lot more isolated, so we consume gossip about celebrities. What happened between Meghan and Kate? These people have no actual significance in our lives but they’re attractive and important so it seems like they do.

Celebrity gossip is sneered at by intellectuals, but an awful lot of our art consists of elaborate gossip about people who don’t exist. I’ve spent the last week binge-watching Mare of Eastown, which is great, but also a sophisticated, artfully constructed exercise in imaginary gossip.

A vast part of journalism is gossip. Especially political journalism and it’s sometimes criticised for this. Shouldn’t we be focused on policies, not personalities? But we’re much better at judging whether our leaders seem likable and trustworthy, or whether their values seem compatible with ours, than figuring out who is telling the truth over budget line items or the efficacy of competing carbon reduction schemes.

But our obsession with gossip lets us down, from time to time. Two weeks ago New Zealand experienced two political scandals in the same week. Jake Bezzant, a former candidate for the National Party was accused of using his ex-girlfriend’s nude photos to impersonate her so he could have online sex with other men. And the political journalist Richard Harman revealed the Labour and National parties coordinated the retirement of two of their MPs who were widely suspected of having links to the Chinese Communist Party. Both MPs were named by academics and the media as being possible intelligence assets, but they were also seemingly formidable fundraisers. Both parties kept them on for years until an intelligence briefing reportedly triggered their resignations.

One of these stories raises very grave questions about incompetence and corruption at the highest levels of our politics. And the other was just absolutely sensational gossip. Guess which one dominated the news all week, while the other quietly sank below the waters?