At 5am today, cock’s crow, the embargo lifted on the Ockham New Zealand Book Awards longlist. Here are the books in the race, followed by thoughts from poetry editor Chris Tse and books editor Catherine Woulfe.

A shortlist of four books in each category will be announced March 3, with winners announced during a ceremony on May 12. Hopefully a real-life ceremony this time.

An asterisk indicates a debut – and eligibility for the Best First Book Award.

Nothing to See by Pip Adam (Victoria University Press)

This is Your Real Name by Elizabeth Morton (Otago University Press)

I Am a Human Being by Jackson Nieuwland (Compound Press)*

Off the Beaten Track: Hunting Tales from the New Zealand Back Country by Dave Shaw (Bateman Books)*

The Mirror Steamed Over: Love and Pop in London, 1962 by Anthony Byrt (Auckland University Press)

Fiction first, because there’s $57,000 at stake – and wahoo, would you look at that list? Trying not to sound like a dick here but this list feels invigorating and cool. These are books you might actually want to read.

The list skews women and it skews young. Five debuts! It also skews Wellington having a very good day. (Five VUPs plus three Wellingtonians: Gnanalingam, Kerr, and Morgan.) Reminder: good things happened in 2020, and 10 of them are on this list.

For this award, the biggie, judges are given special instruction to consider “the degree to which the book engages and nourishes the reader’s intellect and imagination”. Which reader, though, eh? Without any pretence of objective analysis, here is my anointing of favourites: Sprigs, Bug Week, and Victory Park for the shortlist. Sorrow and Bliss for the win.

Meg Mason, unlike everyone else on that list, probably needs an introduction. She is a journalist, born and raised in Foxton and Palmy, now living in Sydney. She writes with fuck-you aplomb, on a high heat: writer as line chef, all confident sizzle and efficiency of movement. She’s written for The New Yorker, Grazia, Vogue. She’s written a memoir of early motherhood and a novel of same, both excellent. But Sorrow and Bliss is better. It’s about a woman called Martha who has one of the only mental illnesses it’s still less than OK to talk about. The book has a bright pink spine and the cover shows a woman collapsed prettily over a couch. It’s set in the UK and hinges on marriage and families and kids. You’ll probably find it shelved under “women’s fiction” or some such bullshit. It’s out in the US in a couple of weeks and the UK in June, following a five-way bidding war. It screams “not Ockhams” and I am delighted to see it here.

Notable omissions: Carl Nixon’s The Tally Stick (although maybe it was a bit too close to last year’s runaway winner, Auē, in setting and subject matter?); and Laura Jean McKay’s The Animals in That Country, a peculiar, immersive novel about a plague. 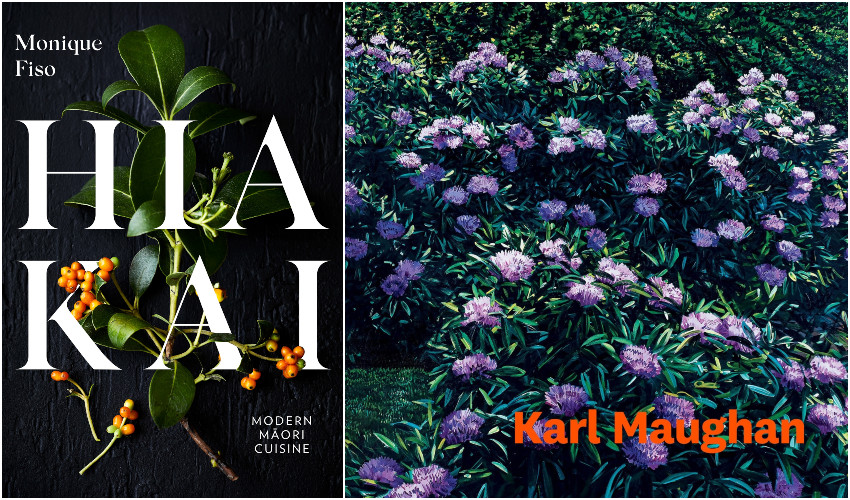 To illustrated non-fiction, a category crammed, this year, with enormous lush books of photographs. Line them up and it’s Karl Maughan who leaps out, hollering at you in purple and orange. But on reflection, I’m more taken by the quiet, elegant marriage of words and images in Shining Land, and the transfixing expertise (in design as well as photography) on every page of Nature – Stilled. But if the judges are more swayed by significance, by books that make a mark? Hiakai all the way, no contest. 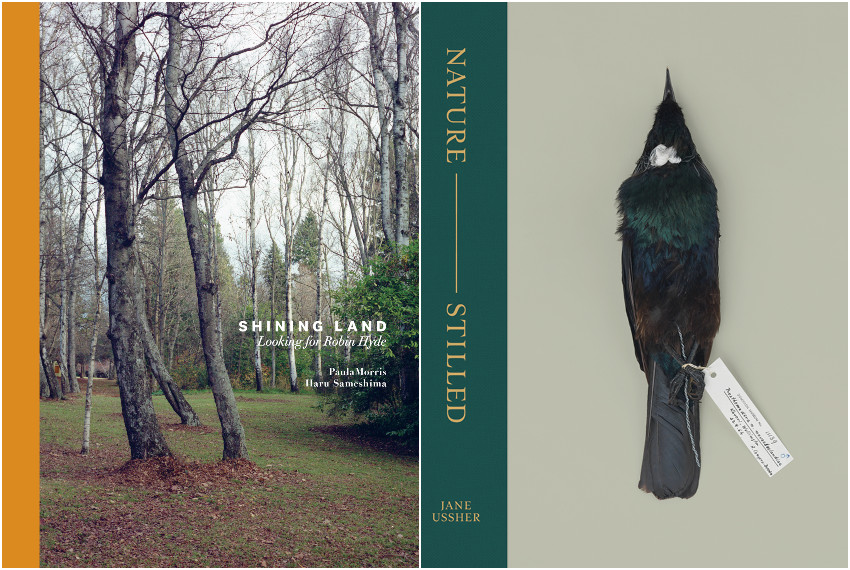 And so we arrive at general non-fiction, that hectic category covering memoir and essays and bios and research projects, etcetera. I’m sad that the surprisingly great Stan Walker memoir didn’t make it in this young and brilliant year, but glad that Madison Hamill did. Honestly I have no idea how anyone’s supposed to judge a history of the Māori Anglican church against a travel memoir against a Hotere bio against a book of brave, sensitive, funny-as-hell essays (Hamill) but good luck, all involved.

All of these books are not like the others (Images: Supplied)

There are no duds on these lists and there are no outrageous exclusions, not like last year. But I want to wrap by gently noting: there are a lot of white people. That’s not wildly out of line with previous years, which makes it even more not fine. To be clear, this is not an Ockhams problem, or a judge-selection problem, or a judging problem. The problem is that this list is a reflection of who is getting published, and how, in the first place.

And here’s Chris Tse on poetry:

Make no mistake about it: New Zealand poetry is bloody smashing it out of the park at the moment. Here we have a longlist that represents the diverse cross-section of well-established and newer voices, as well as styles and aesthetics. Apart from a few omissions (we’ll come back to this) I’m not grumpy about this longlist?!

It’s electrifying and bloody awesome to see Tusiata Avia, Hinemoana Baker, Karlo Mila and Mohamed Hassan on this longlist together. They’re all interrogating and exposing how the past continues to wreak havoc on the present, whether it’s the lingering effects of colonisation or the moments of casual racism that wear some of us down on a daily basis. These are all astonishing, urgent books that you must seek out.

Bill Manhire has accurately described Rhian Gallagher as “one of the quiet, astonishing secrets of New Zealand writing”. Gallagher won the 2012 poetry award for her previous book Shift. Perhaps another win for the classy, slow-burning Far-Flung will make her less of a secret and more of a household name?

Speaking of Manhire, he’s in the running with his latest collection Wow. Manhire has taken home the poetry award in nearly every incarnation of the book awards since the 1970s – except the Ockham! Is this the year he completes the New Zealand poetry equivalent of the EGOT?

Elizabeth Morton is perhaps this year’s dark horse with her second collection This Is Your Real Name. Hers was the only collection I hadn’t yet read when I was sent the longlist so I’ve spent some time with it over the past week. It’s an unsettling collection packed with detail-rich poems. Hopefully this longlisting will earn her some new readers.

Nina Mingya Powles has scooped up awards and publishing deals in the UK for both her poetry and essays over the last few years. Magnolia 木蘭 ’s appearance on the longlist is recognition of not only Mingya Powles’s talents, but also of Helen Rickerby’s mahi as founder of Seraph Press. Rickerby, who won the poetry award at last year’s Ockhams: Lockdown Edition, has single-handedly produced beautiful, important books through Seraph Press for over a decade and this marks the first time a Seraph Press title has been longlisted.

Two books are in the running for Best First Book of Poetry: Pins by Natalie Morrison and I Am A Human Being by Jackson Nieuwland. Both are innovative books that challenge what a poetry collection can be or do.

As for omissions, there are three books that I want to mention: Oscar Upperton’s New Transgender Blockbusters, Michael Steven’s The Lifers and, perhaps the most surprising omission of all, the riotous Head Girl by Freya Daly Sadgrove. I’m disappointed that these books didn’t make the longlist, and I’ll happily kick over a rubbish can or stage a protest outside Unity Books on their behalf.