Every story in Airini Beautrais Ockham-winning collection of short stories, Bug Week, clacks and hums with the anger of women. Here, the author explains why.

It seems like a bit of a self-indulgent exercise writing about the genesis of a book. Books are texts, separable from their authors and the biographical circumstances of their lives. This is a personal rather than an academic reflection and won’t venture into the many decades worth of theory on that subject; nor will it argue with that position. I want to consider my experience of writing as a woman born in the 1980s in New Zealand and how my writing comes out of my life. I want to talk about how some dark times lead to some dark work but also productivity, and ultimately, what feels to me like an achievement.

I first started publishing around 2005  as a student. Although I’d grown up in a home with teacher parents and devoured everything in the varied bookshelf, I didn’t know much about the literary world. I was a science major. What I learned about books, writers and writing was piecemeal. picked up here and there. Someone at a party rolling their eyes at me. Something my flatmate had left in the toilet, to read between wipes. What my classmates at the Institute of Modern Letters talked about, what they’d learned about in English lectures and tutorials. Going to parties in Wellington in the early 2000s, everyone was trying to out-Bohemian everyone else. Grunge was still clinging to its protracted corduroy existence and anyone whose shoes were too shiny was suspect. One had to be careful about what music one liked in public, what one said about film, books, visual art. I remember being at a gig where, intoxicated and happy, I yelled “That was really cool!” after a set. A now-successful artist of my own generation turned round with a disdainful wince and said to me, “Try a little bit harder.” That phrase summarises my personal and artistic experience at the time. No matter how hard I tried, I needed to try harder. 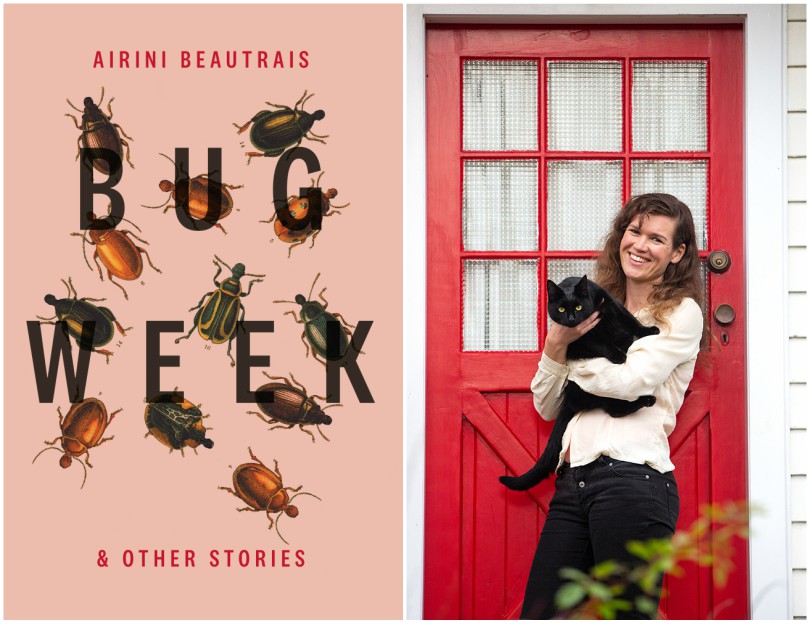 My early writing teachers, mentors, markers and role models were the younger boomers and older Gen-X. I have a lot of love and respect for these people. However, as an old millennial, I feel like writers of my generation started out at a time where we slipped through a generational crack. The renewal of political and confessional themes we are seeing in the work of writers born in the 1990s hadn’t happened yet. I was often critiqued for doing this too much, and doing it badly. Too many vaginas. Too much environmentalism. Too much rage about racism, poverty, and so on. I’ve always had my fingers in a lot of pies and felt like a bunch of different characters. Running parallel to my student writer and rock muso persona was my anarchist community gardening persona. In those circles, one wasn’t supposed to be apolitical, ever. Art was a waste of time unless it was art against capitalism. There seems something humorous and quaintly Soviet about that position now. The down-playing of the political and the personal was a more problematic position, to me. It’s a position that comes from a place of privilege, that prioritises the white cis male American voice because it’s supposedly objectively meritorious. Literature is meant to be clever, but not angry. I came into my literary adulthood gagging on the metaphorical dick of endless stories about professors having mid-life crises and sleeping with their students. I worked really hard off my own bat. I tried, and I tried a little bit harder.

I don’t have all the reviews of my first book, but some of them were pretty cringe. There’s always that discomfort where you can see where a negative reviewer is coming from, and you feel like you’ve gone out in public with your fly down. On the other hand, I think there was a reaction against the young female voice. I was writing about myself and my experience, my political horizons, the band I played in, the anarchist house where I spent a lot of time, and the transmutable set of Wellingtonian characters that moved in and out of my life. Social media has permanently altered the literary landscape. You don’t have to buy a print journal to find people’s work. Things are slowly getting more diverse. Young women writers get good reviews from male critics. I still feel a lot of discomfort around this. I think social media has increased visibility for these writers in both positive and negative ways. I am concerned by what I see as the conflation of female literary merit and female desirability to cis straight men. A male writer recently said to me, “My favourite New Zealand poets are women under 40.” I don’t think he meant our poetry. 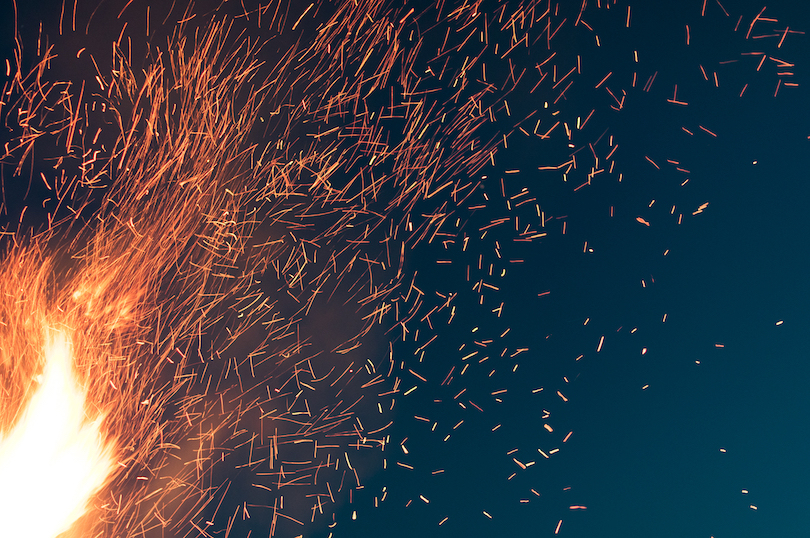 Bug Week is my first collection of short fiction. I worked on this collection for over 10 years but wrote the bulk of it with the help of a Creative New Zealand grant in the second half of 2017. On a personal level, my relationships with men had reached a low point. On a wider scale, the #MeToo movement was in full swing and stories of male entitlement were very much present. I felt compelled to write about the things I wrote about, and that included rape and intimate partner violence. I felt that my place in the literary ecosystem was strongly affected by the fact that I was a woman – a woman in her thirties, a single mother in a small town, a survivor of abuse. I can’t separate my writing from my trauma and my anger. I’m a very angry person a lot of the time. There’s a big artistic risk in that, but I also think there’s massive, explosive artistic potential, and that was the line I wanted to tread. I wanted to write about women characters of a range of ages: from the kinaesthetic girl child who can’t stop wrecking everything around her, through the awkward masturbating teenager who just wants to get laid, to the jaded middle-aged woman who feels the walls closing in on her, who has to choose between the patriarchal frying pan and fire of marriage and spinsterhood. There are stories in this collection with male protagonists, but the female experience was what I was ultimately homing in on. The final story in the collection, ‘A quiet death,’ is one I think of as an allegory. It started out as a story about euthanasia and became a story about women. When I think about women writing, I often think about Dinah Hawken’s poem ‘Balance’: “Where / are the women? Where exactly are we?”

I worked part-time that year because that was all I could manage, I read and I wrote. I had left my relationship hoping to protect myself and my kids, and I ended up in court proceedings that went on for 18 months. I had lost weight and lost sleep. I used to scream a lot. I went to workshops for family violence survivors and felt like an imposter: I was the only woman in the room with a PhD. I had stopped wanting to throw myself under a truck every time I crossed the highway to jog around the lake: there was some light at the end of the tunnel. But it was a flickering light. I went into new relationships and rekindled old ones like a bad, destructive tornado. I worked from home most of the time, sitting at my kitchen table. I had some writing routines: I dropped the kids off at 9am, had a coffee at 10am. By 11am every day I’d be on the lino crying, scared of losing my children, grief-stricken about what had come to pass. At 11.30 I’d change into my activewear and go for a run. At 12.15 I’d eat lunch. It might sound like an artistically questionable place to write from. The thing is, for people who have been through trauma – abuse survivors, queer people, trans people, people of colour – the angry place is part of the place we have to write from. We can’t jettison our experience. Not everyone is as angry and as sobby as I was. I have a lot more privilege than a lot of other people. What we have in common is that we are damaged and the damage comes from something entirely beyond our control. We can’t simply, like the fictional student-screwing professors, regret our bad decisions and pick up the pieces of our lives. Part of us will always be traumatised.

I did a lot of counselling and therapy. I did self-care. I took up pole dancing and discovered an art form that I love and a safe and supportive community. I made new friends. I kept bringing up my children and going to work. I wrote Bug Week. It’s not a perfect book. It’s a mixture of dark and comic. Its settings are geographically and historically varied. Its characters are also a mixed bag. It’s what I wrote. I hope readers will find the brokenness in it, the anger and sadness as well as the humour, and that that might make some of them feel a little less alone.